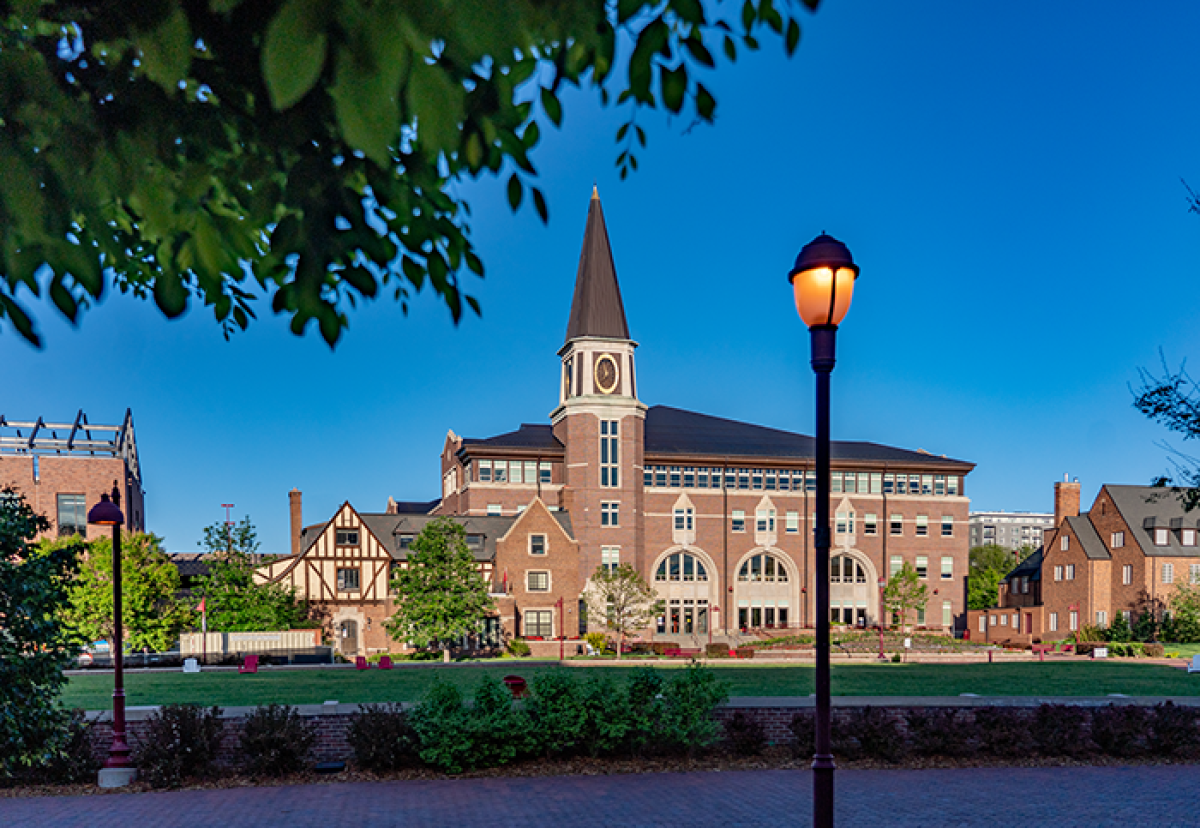 This article appears in the Fall 2020 issue of the University of Denver Magazine. To read more stories from the magazine, please click here.

On Native American reservations across the country, wills and the lawyers who help make them are typically regarded with distrust and sometimes fear. After all, American legislation and jurisprudence haven’t always been fair or friendly to tribes and their members. And the will itself offers a frightening prospect.

“There is a taboo on reservations against mentioning death, because if you mention death, that means that you are ready to die,” says Lucy Marsh, a Sturm College of Law professor who focuses on trusts and estates. “You can imagine, not only are there no lawyers to help tribal members with wills, but it’s a really scary thing for them to write their will.”

Enter the Sturm College of Law’s Tribal Wills Project, created by Marsh in 2013 to bring legal expertise on estate matters to Native American reservations and communities in dire need of the service. Since 2008, that need has intensified, largely because Congress amended the American Indian Probate Reform Act, thus altering the way tribal member trust estates are distributed to heirs. (The U.S. government holds in trust the land that has been promised for tribal members.) Under the amended act, if a tribal member dies without a will, his or her trust lands may pass only to the oldest child, the oldest grandchild or the oldest great-grandchild.

“All over the country, as more people have passed away and everything only goes to the eldest child, it just completely breaks up the family,” Marsh says. “Surprisingly, that oldest child does not always share with his siblings or surviving parent.”

Complicating matters, if no descendants exist, the trust land passes to the tribe. No other family member has a claim to the lands.

When Marsh created the Tribal Will Project, Sturm became only the second law school in the country to begin addressing this problem. Via this pro bono service, Denver Law students and volunteer attorneys visit American Indian reservations for the purpose of drafting wills. The task not only requires familiarity with the law, it also demands a high level of cultural competency.

Colin Fletcher was part of the first cohort of participating students in 2013. “Legal services are very scant and inaccessible for a variety of reasons on reservations,” he says. “Being able to offer this service to folks who really need it is incredibly important.”

In the last seven years, the Tribal Wills Project has, at the invitation of various tribes, made three weeklong trips annually to different reservations. Once on site, the group meets with tribal members and writes anywhere from 25 to 75 wills. To date, DU has helped reservations across seven different states: Arizona, California, Colorado, Montana, New Mexico, South Dakota and Utah.

Nigel Daniels, a second-year law student, made his first trip last year. “When you enter the reservation and you see the conditions there, it becomes very clear that there are a lot of challenges facing that community—social challenges, health care, access to food,” he says.

Daniels first visited a Native American reservation while pursuing his undergraduate degree at Colorado State University. That experience prompted him to volunteer for the Tribal Wills Project.

As important as this service is, Daniels points out, it’s only one need among many. That truth begets a lot of soul searching and reflection. “We are here writing wills, and some of these people don’t have food to eat. It’s challenging to fathom that you’re in this really heartfelt community that’s going through so much, and the service that we are bringing and offering is wills.”

Marsh started the program to provide students an inside look at the stark realities facing Indigneous communities. “This is a chance for the students to see what life is like on a reservation, to get a chance to know the people,” she says.

“I like helping people, especially those who need it,” Fletcher says. In addition to making two trips as a student, he has volunteered on two subsequent trips, supervising students as they learn the ropes. “I like to try to serve underserved communities by using the knowledge and training that I have and provide people with a service that would otherwise be inaccessible to them. I like to try and give back where I can.”

Daniels echoes the sentiment and considers the work one way that DU can honor Native American communities and recognize its own complex history.