‘The Levant Express’ Imagines a Brighter Future for the Middle East

In her new book, a DU professor charts a path to human rights progress 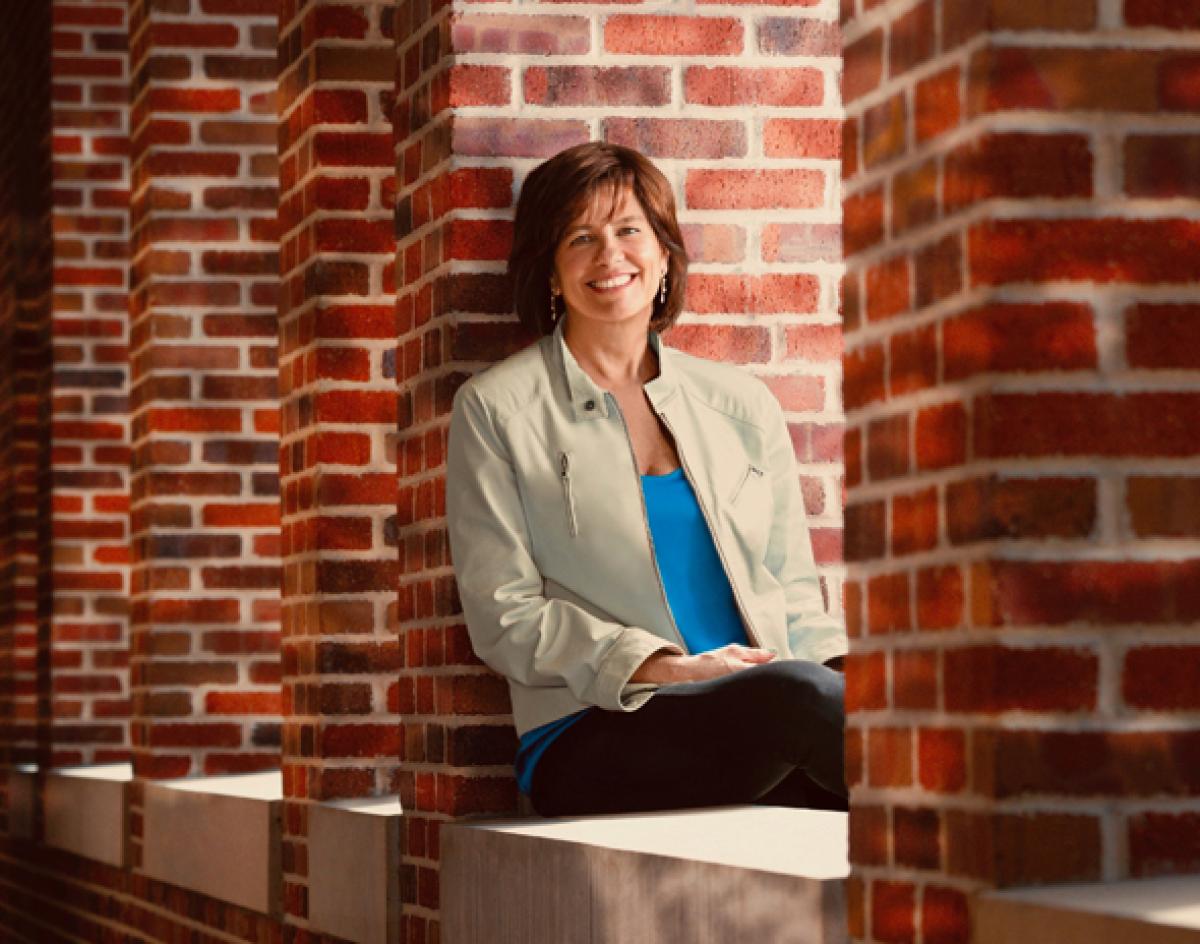 Micheline Ishay, a distinguished professor at the University of Denver’s Josef Korbel of School of International Studies, has seen firsthand the sectarian conflict, political repression, economic instability and gender dynamics that undermine human rights protections in the Middle East. After all, just as the Arab Spring was taking off, she was in the United Arab Emirates as a visiting professor teaching the first undergraduate human rights course ever offered in the Persian Gulf region.

During that time, Ishay found much to trouble her, but also much to fuel her optimism.  Although tempered by a sober assessment of everyday realities, that optimism takes center stage in her new book, “The Levant Express: The Arab Uprisings, Human Rights, and the Future of the Middle East (Yale University Press, 2019). Ishay agreed to field a few questions from the DU Newsroom about the book, billed as “a highly readable study that is well-documented, empathic and hopeful.” 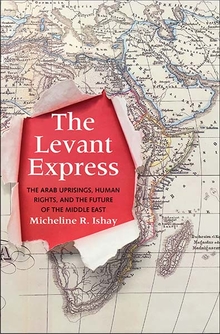 There must be a story behind your book’s intriguing title.

The title is a metaphor representing the contagious demands for human rights that raced across the Arab world like a high-speed train during the Arab uprisings of 2011. Although the region of the Levant is situated in the Fertile Crescent, the book refers to the broader Middle East and North Africa.

As the Arab Spring turned into the Arab Winter in 2013, the Levant Express derailed, with some governments (Egypt and the Gulf monarchies, for example) reestablishing tighter authoritarian regimes, while other states (Libya, Syria and Yemen) devolved into civil wars.

Working with this metaphor, I ask what it will take for the Levant Express to get back on track, for human rights progress to endure. If this metaphor sparks the imagination, it may provide the impetus for a new cartography: a Middle East connected by railways, roads and trade routes, uniting financial, commercial and governmental interests.

With this new cartography in mind, I also propose rebuilding an abandoned railway — the Hejaz train— as a way to reinvigorate the economy and connect people from different parts of the region. The book is filled with details about actual and planned projects consistent with basic human rights aspirations.

“The Levant Express" grows out of your three-year stint as a visiting professor at  Abu Dhabi’s Khalifa University. You were there, in the Persian Gulf region, while the Arab spring, with all its optimism for a more democratic future, was in full swing. What was that like? And how did you address unfolding events in your classes?

The whole experience was humbling, enriching and surreal. Beginning in August of 2010, I worked in the region from a unique vantage point, as a female American scholar in human rights, negotiating a very traditional and patriarchal culture that was open on the surface yet resistant to significant changes. As I prepared to teach what I believe was the first human rights course in the region, I did not foresee that we were on the cusp of a regional revolutionary contagion. Once the Arab Spring began, each topic in my class took on unusual urgency, as outcries for  human rights could be heard daily on Al Jazeera. The students wanted to hear my views about the ongoing situation. I offered them analytical tools to examine the situation one country at a time.

Of course, we talked about more than just the revolutions, and I learned to draw on Quranic and other texts to discuss taboo subjects, such as women’s rights, polygamy, homosexuality and even the Holocaust. I refrained from criticism of the UAE, as that would not have been tolerated by the nervous academic leadership. These were volatile times. But from my students at the university to members of the royal family, who sought my teaching in political theory, I gained great insight into the way Emiratis saw their world changing at a rapid pace. I was also very privileged to meet with diplomats, world leaders, scholars and journalists from across the world.

In addition to offering historical and economic context, “The Levant Express” includes personal accounts and insights. It even kicks off with a poem you wrote, “Farewell to Abu Dhabi.” Why did you choose this personalized approach?

When I left the UAE, the Arab world was in a period of tumult. I committed myself to reflect more deeply about possible paths for better futures in the region. I could have written an academic book or a biographical one (because of my exceptional and privileged experiences in the UAE for three years). I chose a middle approach, rigorous and yet including many personal anecdotes. The book is informed by a deep understanding of political theory, history, economics and law — fields that often are marginalized within Middle Eastern studies. But it is also highly readable and light on academic jargon to inform a nonacademic audience. Artwork, maps, poetry and rap lyrics are used to dramatize events that led to the changing political seasons since the Arab uprisings — and to stir the imagination about what could possibly happen in the future. To get there, we will have to look beyond what is usually reported in the media and apply successful historical lessons to the intractable Middle East maelstrom.

By the way, my introductory poem was not a real farewell to Abu Dhabi. I end it by writing that “I will bring you along to my new refuge, an ambassador for dreams yet to bloom.” One stanza is inspired by “Ithaca,” a celebrated work by poet Constantine P. Cavafy about life’s journeys.

You are optimistic about the future of the Middle East, even as a lot of scholars and observers are gloomy. What path forward do you see for the countries in the Middle East and North Africa (MENA) region?

How can I not recognize the gloominess of the region? There is a whole industry of people — from the media, to scholars, to policymakers — who remind us daily that the Middle East is an ongoing disaster without political exits. What is missing in all these accounts are practical proposals for a new regional order based on tangible human rights principles. We are not hearing proposals for “the day after.” Without such considerations, economic disasters and wars will remain rampant with no political alternatives.

Let’s not forget that sectarian warfare in the Middle East, however tragic, pales in comparison to World War II. During the worst days of that war, more than 60 million people lost their lives, as the Nazis ruled Europe and Japan invaded China and much of Southeast Asia. I draw from the policies that successfully built a new international order after those dark years, and particularly from Franklin Roosevelt’s January 1941 State of the Union speech, in which he proclaimed America’s commitment to four pillars of freedom: freedom of speech, freedom of worship, freedom from want and freedom from fear. In “The Levant Express,” I add a fifth one: freedom from sexual discrimination. The book envisions how each of these freedoms — which exist as subterranean forces — could be applied to the Middle East and North Africa.

Speaking of the fifth pillar, freedom from sexual discrimination, what role do you see for women in advancing human rights progress in the Middle East?

The struggle for women’s rights is particularly acute in the Middle East. Even though the Arab Spring was either crushed or unfinished for everyone, the postrevolutionary setback left women especially frustrated. While social media initially empowered women’s digital voices, their freedom of expression was later suppressed. Having sought a more liberal interpretation of the Quran, they remained sexually discriminated against by both religious and secular authorities. And despite the fact that they became more educated, they have suffered from increasing economic inequality. Finally, having overcome the duress of revolutions and wars, they have remained vulnerable, with many seeking greater freedom from fear at home and beyond.

But the aftermath of the Arab Spring did not silence women’s demands for greater rights. Realizing their potential, women have been empowered in radically new ways. It should not come as a surprise if social pressure builds toward a new women’s rights contagion —a female time bomb that will almost certainly reorder families and destabilize autocratic regimes. For that reason, I argue that women have the potential to carry the torch of universal human rights mobilization in the Middle East.

What would you like your audiences — both general and scholarly — to take away from this book?

I would like readers not to succumb to populist and nationalist fervor, but to see how the viability of Western democracy and the international liberal order needs a peaceful Middle East as an essential step toward halting the global refugee crisis. I would like them to consider current possibilities for the Middle East, drawing on the kinds of hopeful visions and practical policies that helped defeat fascism and protectionism during World War II. Many Western countries with special historical ties and in partnership with regional actors could contribute to the work of postconflict reconstruction in different theaters of the Middle East.

This book moves beyond the duress of entrenched conflicts and economic struggles. It takes an approach that addresses the lingering and insufferable plights of people in that region, with the hope that my readers, whether ordinary citizens or policymakers, will work to overcome the large-scale human rights violations that also have greatly impacted the West. In this sense, the fate of the Middle East is closely intertwined with our own.

Roosevelt reminded us in an even darker time that “the world will either move forward toward unity and widely shared prosperity or it will move apart.” I concur with his view, and I would add that the stakes are too high, and the world cannot afford to lose.