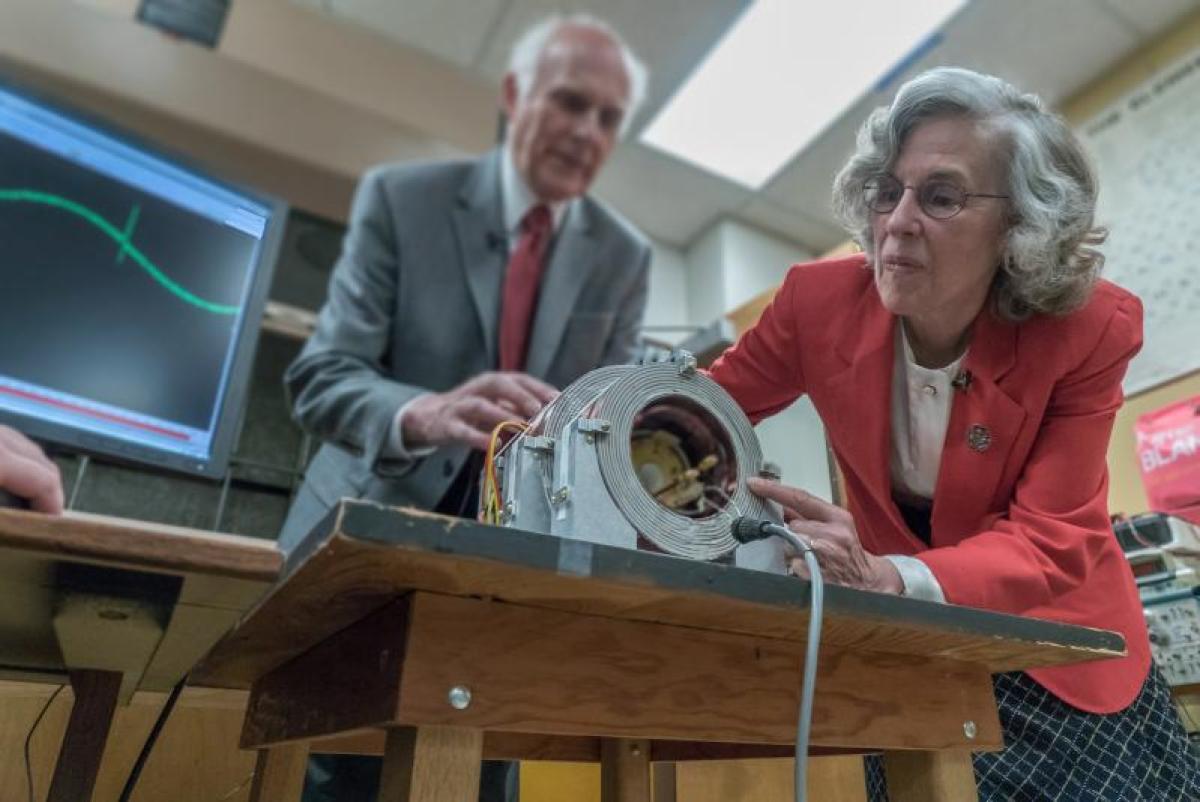 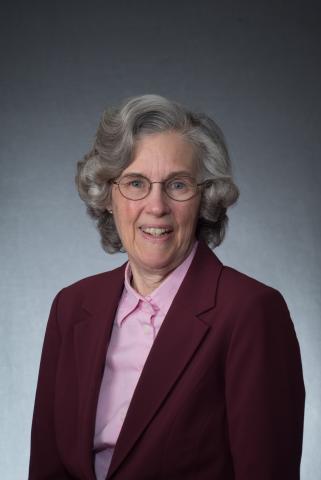 Long before she was developing new electron paramagnetic resonance (EPR) methods as a professor at the University of Denver, Sandra Eaton was a little girl, staring at unhatched eggs with her little brother, just waiting to see a little beak.

Long before her work was used in cancer research, she was growing yeast on different kinds of sugar to see which metabolized and which didn’t.

Eaton, a DU faculty member in chemistry and biochemistry since 1990, has had a knack for science all her life. That interest was cultivated by her parents — both scientists themselves. “We were on the periphery of the academic world, but [my parents] never pushed us,” she says. “They just encouraged us to be curious and to learn and try to push ourselves.”

As an undergraduate at Wellesley College in the 1960s, Eaton found a fondness for chemistry through her work with professor Emily Dudek. “I got to do some research with an amazing woman chemist, and that’s what got me hooked on chemistry,” Eaton says. “I spent several summers working in the lab and found it was both challenging and satisfying to pose questions and then try to find answers.”

When Eaton had a question she couldn’t answer in Wellesley’s limited chemistry facilities, Dudek took her to the analytical chemistry labs at nearby Harvard University. “There was a group of us doing research together,” Eaton notes, adding that they still stay in touch. “We would do our syntheses during the week in the labs at Wellesley and then occasionally on a Saturday, [Dudek] would bundle us all in her car and take us into Harvard to do experiments on the equipment that we didn’t have at Wellesley.”

After earning her undergraduate degree in chemistry, Eaton went on to pursue a PhD at the Massachusetts Institute of Technology (MIT). There, she met her husband, Gareth Eaton, who would become her research partner. The pair relocated to Denver where Eaton took a position at the University of Colorado Denver before making the move to DU.

Even before officially joining the faculty, Eaton was a fixture at DU, continuing her research partnership with Gareth in the University’s labs. Initially, her research focused on small molecules and understanding how they changed with time. But those interests soon evolved. “We decided we wanted to do something a little different,” Eaton says. “We wanted to do studies on molecules that had unpaired electrons. Everybody in general chemistry teaches you that you’re supposed to think of molecules always having electrons in pairs, but there are some pretty neat examples where they are unpaired. If they do that, they behave like little magnets.” Put in the presence of big magnets, those molecules become probes, which can be used to investigate a number of scientific questions.

Scientific questions like these have entranced Eaton over her decades-long career: “You tend to think of some areas of knowledge as pretty well defined, but there’s always new questions to answer in chemistry.”

Eaton’s methods have proved invaluable to the scientific community — appearing in textbooks and more than 400 published papers — and have led to a number of collaborations over the years. In addition to working with other scientists at DU, among them chemistry professors Martin Margittai, John Latham and Brian Majestic, Eaton’s work extends beyond the University. For example, the University of Chicago, where she is working with a team to monitor local oxygen concentration in tumors.

“Science has become so much more complicated, and there’s a tendency for everybody to be more specialized, so you really need to collaborate,” she says. “You have to shelve your ego and admit at times, ‘I don’t know. I can learn from you.’”

One of Eaton’s most valued partnerships starts in the classroom. “You could do these kinds of things in a government lab or industry, but I like working with the students,” she says. “It’s very much thinking together about how we could solve a problem and helping the students to gain their science skills. They start out largely dependent on [suggestions from me or Gareth,] but by the time they are graduating, they are a large player in the design of the experiments.”

When it comes to educating, one of Eaton’s core tenets is equality: “I don’t care what your physical characteristics are,” Eaton says of the young people who enroll in her classes. “You’re valued and I want to encourage you from that perspective.”

Of course, that’s how she has hoped to be treated herself throughout her career as a woman in STEM.

“That was the part that was wonderful about Wellesley. It was all women, so it really built a feeling that women can do great science,” Eaton says. Even at MIT, where there were only three women in her entering class of 50, she says she never felt different. “I guess I just never felt that I wanted to make that the big issue of who I was,” she explains. “I wanted to be viewed as a strong scientist. I happened to be female, but that didn’t change the fact that I was going to do a good job.”

Today, Eaton’s contributions to science continue through her research and other avenues. She currently has a cooperative agreement to turn some of the techniques developed in the Eaton lab into an accessory for a commercial instrument. She also is working with Gareth to orchestrate a summer school aimed at teaching the basics of EPR spectroscopy to students outside DU.

“Why do it just for yourself?” she says. “This is a technique we think could be used to solve lots of interesting problems. We sure can’t do it all by ourselves.”