As the COVID-19 pandemic continues, the University of Denver is keeping students, faculty, staff, alumni and neighbors fully informed through our COVID-19 website and other means. Our current alert level is yellow, indicating "virus prevalence is low to moderate and conditions on campus are well-controlled with strong testing and supply chain capacity." For up-to-date information on cases, visit the COVID-19 dashboard. 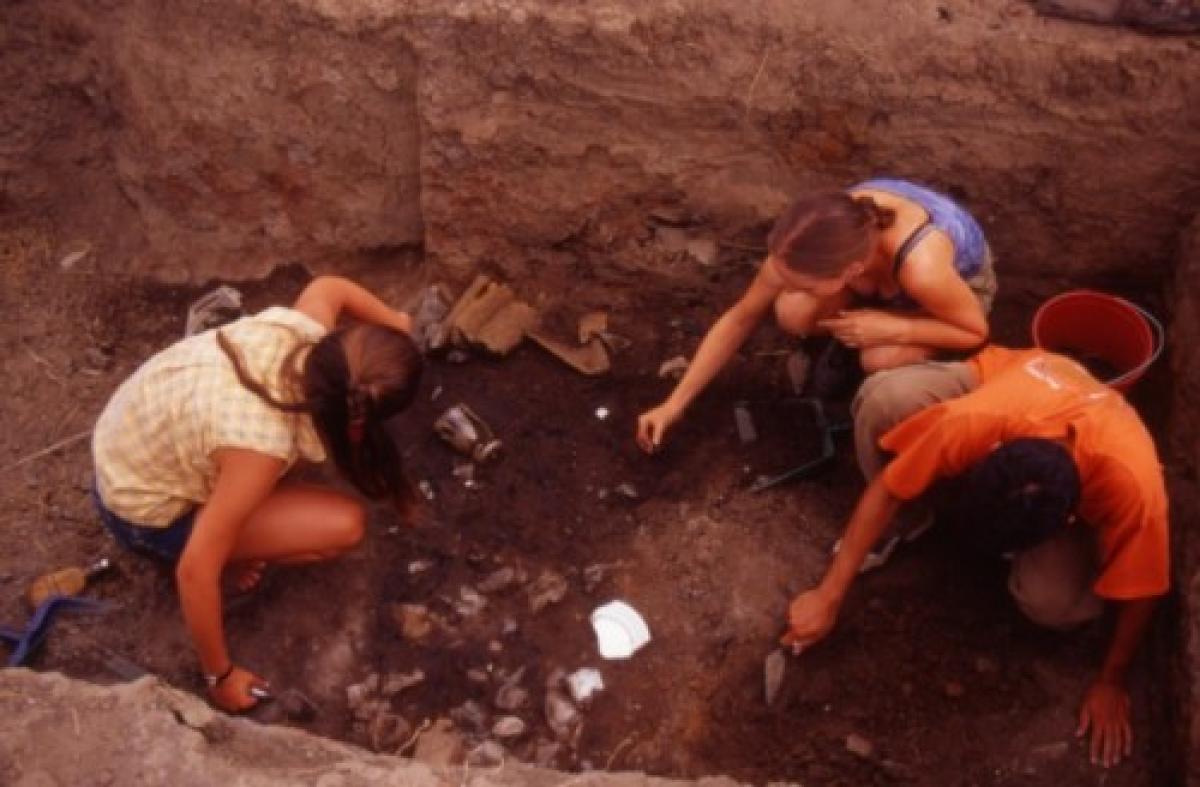 It’s been more than 100 years since approximately two dozen miners, including women and children, were killed in what is known as the Ludlow Massacre (or the Colorado Coal Field War). The tent colony in Ludlow, Colo., was inhabited by some 1,200 striking coal miners — some of them recent immigrants — seeking safer working and better living conditions and better pay.

The killings at the mine, which was owned by John D. Rockefeller, were carried out by the Colorado National Guard, which was sent in by the governor months after the strike began and after miners had already been evicted from their company-owned homes, forcing them to live in tent cities around the mine. The massacre outraged a nation and shed an important light on the treatment of workers in numerous American industries.

Decades have passed and the last survivor has since died, but the memory of Ludlow and its importance to laying the foundation for workers’ rights has stood the test of time. That is partly due to the vital work of the Ludlow Massacre Archaeological Project, a multi-year investigation of the massacre site and the associated mining town of Berwind.

Now in its 20th year, the project — which was supported by nearly $1 million in funding from the Colorado State Historic Fund — has been closely associated with the University of Denver since the beginning, primarily through the University’s archaeological work. After conducting the first archaeological investigation of the site, DU was the center of operations throughout. Grant applications were administered through DU’s Office of Research and Special Programs, and remains of the site continue to be curated in the basement of Sturm Hall.

“Ludlow helps us remember who built the country and why we should never take the lives and interests of working-class people for granted,” says Dean Saitta, who served as co-principal investigator of the project and is a professor in DU’s Department of Anthropology. “The event brought new scrutiny to the treatment of workers in all American industries and to the broader immigrant experience. Ludlow was a defining event in the American labor movement.”

Saitta, who was appointed to the Ludlow Centennial Commission in 2014 by Gov. John Hickenlooper, refers to Ludlow as one of the key events that propelled passage of the New Deal legislation establishing workers’ rights to collective bargaining. As a result, Saitta says, Colorado saw safer mines and better living conditions in mining towns.

“Throughout the Ludlow project, Saitta and his teams have been exploring the historical and contemporary challenges of achieving class, race and gender justice through the lens of a pragmatist historical archaeology,” says Carol McDavid, executive director of Community Archaeology Research Institute in Houston. “This work has embraced both humanism and science in equal measure and, as such, it is profoundly relevant to contemporary cultural life.” 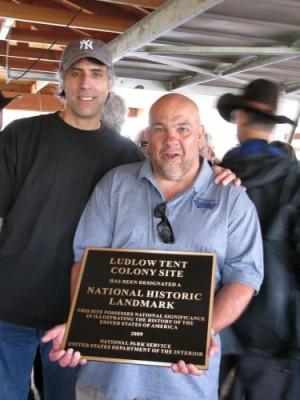 That relevance has been recognized with several honors. In 2009, after Saitta and his colleagues demonstrated that the site had great archaeological integrity, Ludlow was named a National Historic Landmark, a rare designation for an American “Labor Wars” site. In 2013, the project received the Stephen Hart Preservation Award from History Colorado. The award honored the collaboration between DU’s Department of Anthropology, the National Park Service and the United Mine Workers of America — the first racially integrated trade union in American history.

“The transformation of Ludlow from a local, homemade, under-interpreted trade union memorial that almost no one had heard of, into a National Historic Landmark will forever be associated with scholarship emanating from the University of Denver,” Saitta says. “This is a particularly dramatic expression of DU research serving the public good. I think our project brought great credit to DU and enhanced the University’s reputation in an ethnically diverse and underserved part of the state.”

The goal of the project was to compare miners’ lives before and after the strike and to evaluate “official” and “folk” accounts of the massacre. Field work took place between 1997 and 2004 and included surveying, mapping and excavation of Ludlow and Berwind. Researchers and investigators were responsible for independently evaluating claims that had been made by historians and citizens.

Over the past 20 years, project research has produced numerous findings and studies, including:

Saitta summarizes these findings in his book “The Archaeology of Collective Action.” Philip Duke, who served with Saitta as co-principal investigator, novelized the Ludlow Massacre in his book “A Terrible Unrest.”

“From the beginning, the Ludlow project had an explicit community-engaged mission. It included distinctive research, public education, teacher training and historic-sites interpretation components,” Saitta says. “We developed a traveling exhibit and a history trunk, both of which were worn out from continual borrowing and use across the country. We [also] organized, in collaboration with Colorado Humanities, summer institutes for K-12 teachers.”

Additionally, the project has been a strong supporter of student research, including master’s theses and doctoral dissertations. And the Brown Scholarship in the Department of Anthropology was established by the parents of Mary Brown, a former graduate student who created the Teaching Ludlow website. The scholarship expressed the Brown family’s gratitude for the education their daughter received at DU.

The work on the project has revealed a lot about Ludlow. Not only have researchers and the public learned more about its history, but they’ve come to realize the lasting contributions its miners made to America.

“The Ludlow workers contributed to the building of America in two ways. They mined the coal that powered the furnaces that produced the steel that built the railroads that opened the West to Euroamerican settlement,” Saitta says. “But more importantly, these people were front and center in the struggle for workers’ rights and freedoms in every American industry. Some of the Ludlow strikers made the ultimate sacrifice for securing these rights and freedoms.” 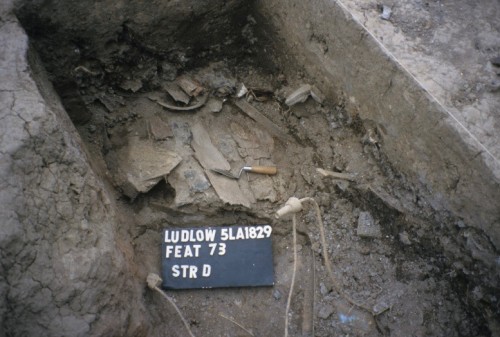 As more time passes, the need to raise awareness about the story of the Ludlow Massacre becomes a job on its own — something the project has taken on as a necessity in order to preserve its rich but dark history.

“I felt Ludlow was being forgotten because the older people of the area and labor activists were passing, and it seemed like only a few labor activists and some of the older people really cared about Ludlow,” says Robert Butero, director of region four for the United Mine Workers of America. “I truly believe that those who worked the Ludlow Massacre Archaeological Project brought the area back to life, and their work led to Ludlow being reintroduced to the general public. It definitely was a new beginning.”

Saitta is honest in his view of Ludlow and how it can be seen as an “unhappy episode in American history that’s best forgotten.” The project, however, has shown that it’s the type of history that must be remembered and shared, he says. The project helps portray part of the real story of America and its issues relating to immigration, economic inequality and the working-class. It’s important, Saitta believes, to understand the true story behind Ludlow.