Temperatures in Colorado are on the rise, and they won’t be falling anytime soon. Fort Collins, Greeley and Boulder are three of the cities nationwide that have had the biggest temperature increase in the last 40 years.

While those are the three Colorado cities singled out in a recently released report from Climate Central, Michael Kerwin, associate professor in the Department of Geography and the Environmentsays that Denver has also experienced these warming trends. One section of the report predicts that summers in Denver will feel like summers in southern Texas, where temperatures average nearly 100 degrees.

Kerwin points out some of the economic consequences of this warming trend. “Current Denver residents should expect to air condition their home or business 600 hours per year to maintain an acceptable temperature level,” he says. “Right now, the hours of cooling required in Texas are double those in Denver. As the temperature here begins to mirror what you would find in Texas, so will the cooling required. That’s going to have a tremendous impact on the cost of utilities in Denver.”

Thankfully, we can find ways to be more sustainable and make better choices. But the reality is that this type of climate change is already happening. Prof. Michael Kerwin, Department of Geography and the Environment 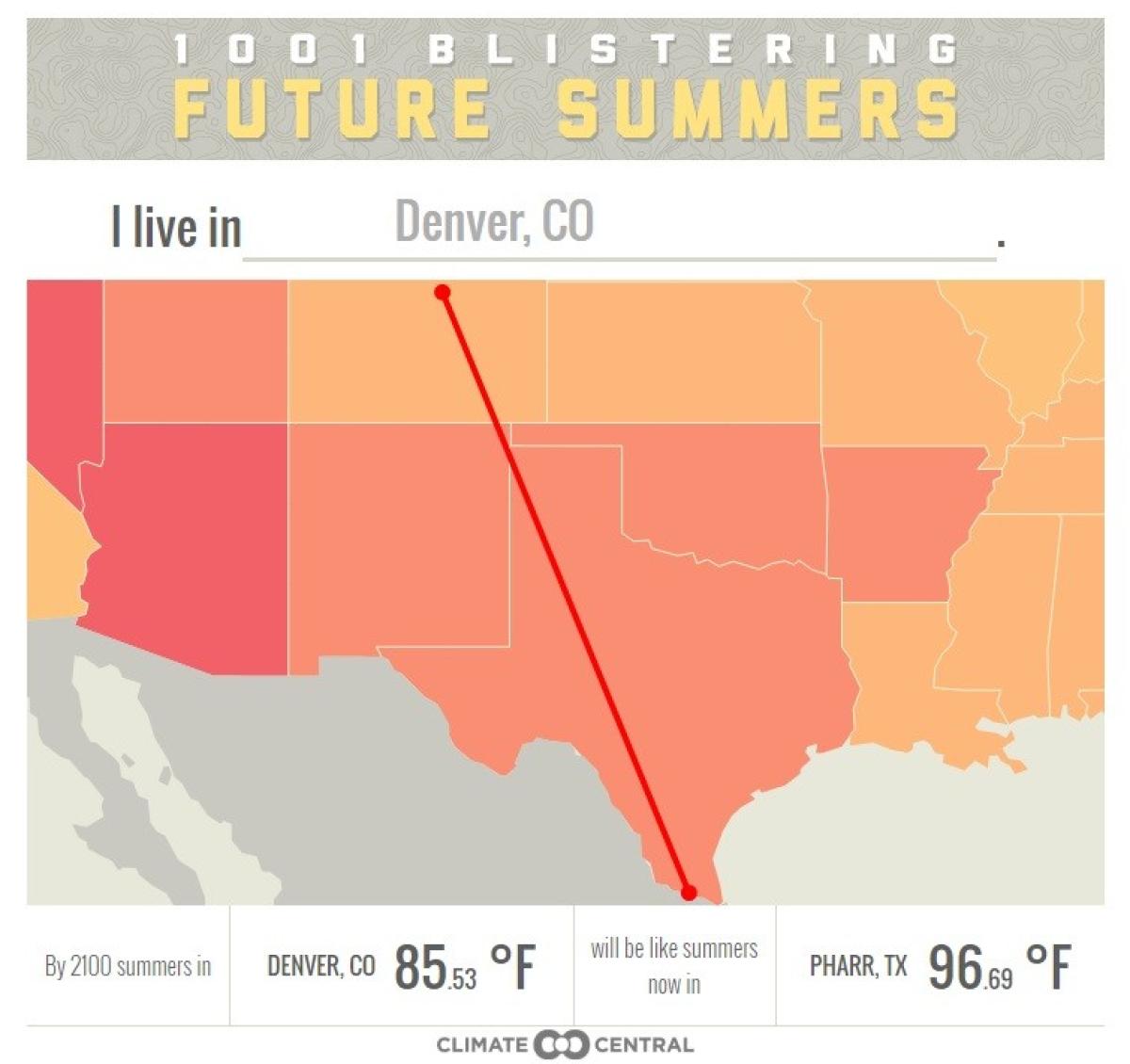 Warmer temperatures also have an impact on water levels because they decrease snowpack in the mountains. “In the future, a lot of the moisture that falls as snow will fall as rain,” Kerwin says, “and by midcentury, the snowpack could be reduced by 30-50 percent.” That lessening snowpack will affect not only Colorado, but also California and other southwestern states that get their water from the Colorado River basin.

Despite these negative consequences, Kerwin says it’s important to have a measured response to the findings. “The point of the report is just presenting data to explain that it’s getting warmer," he says. "Thankfully, we can find ways to be more sustainable and to make better choices. But the reality is that this type of climate change is already happening and will continue to happen.”

To that end, DU has undertaken a number of sustainability initiatives to reduce its carbon footprint, resulting in a 27 percent decrease since 2006. Reducing the consumption of certain products has also contributed to DU’s effort in combating warming trends in Colorado. For example, Chad King, the university’s sustainability coordinator says that between 2006 and 2014, paper purchases were down more than 123 tons.

Other reductions that help offset DU’s carbon footprint come from recycling and composting and greater use of public transit and bicycles for commuting. Much of DU’s effort is coordinated out of the Center for Sustainability, with the vision and help of the student-, staff- and faculty-led Sustainability Council.