New Goal for the Fastest Woman on Earth

Hakansson received her master’s in mechanical engineering and recently defended her PhD dissertation at the University of Denver. The native of Sweden moved to Colorado when she met the love of her life, her now husband. The other loves of her life, speed and protecting the environment, are why she calls herself a tree-hugging speed junky.

“And that’s a hard combination to satisfy, because when we think of speed, we think of big engines, pollution, noise and all of that.” She builds super-fast motorcycles, electric motorcycles. Her current pride and joy: The Killajoule.

Hakansson just returned from the Bonneville Salt Flats in Utah. “I go to an event that’s in August every year, and that’s when I can prove what I have done for the rest of the year, what I’ve been building in my garage. It’s kind of like my annual final exam.”

“I couldn’t have built this motorcycle without all the knowledge I gained at the University of Denver. That’s for sure!” Hakansson explains.

And, yes, girls do build stuff. Hakansson says she’s amazed at how many people are shocked when they find out she’s a mechanical engineer and that she builds her own electric motorcycles. “It’s kind of a shock to me arriving in the U.S. that that was such a common perception. In Sweden girls take up more than half of the engineering seats in the educational system. And the really popular programs like bio-engineering, guys can barely get in because girls have higher grades.”

Eva now has her sights set on outer space. She’s applied to NASA to become an astronaut.

“If I get selected, the International Space Station is certainly the coolest office you can have in the world or out of this world.” 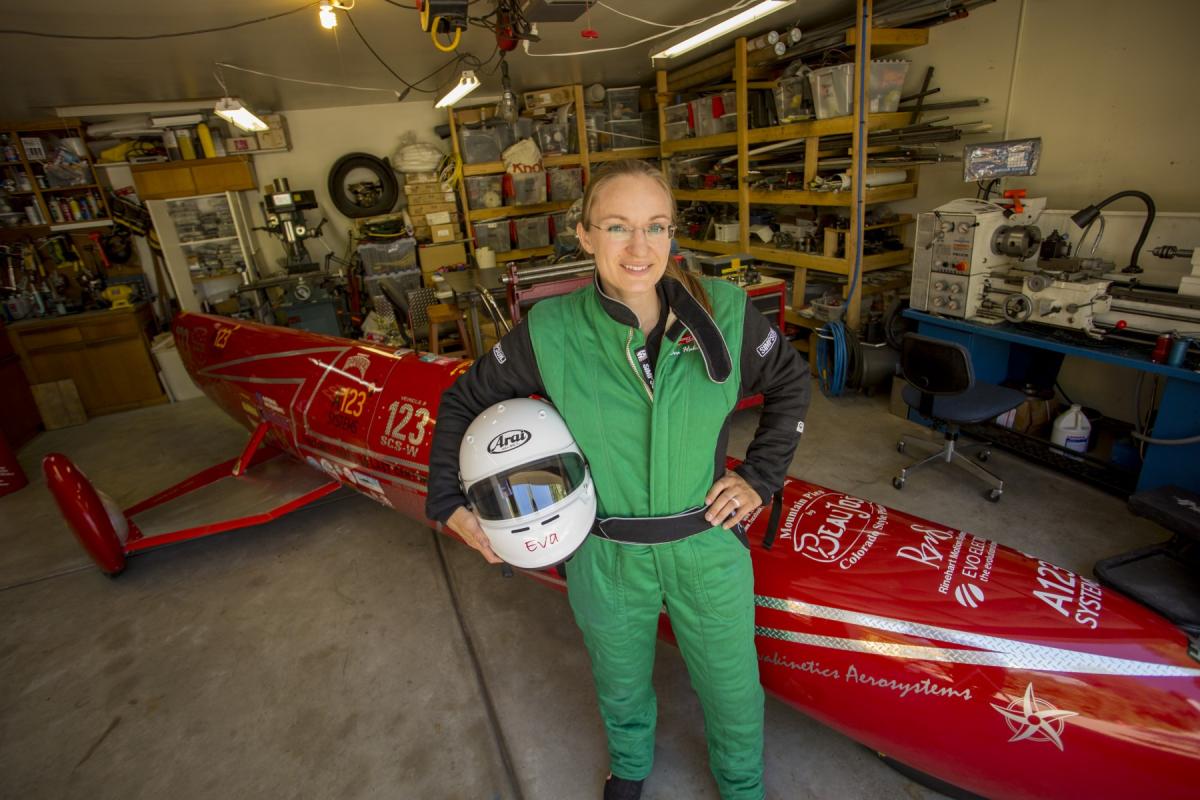