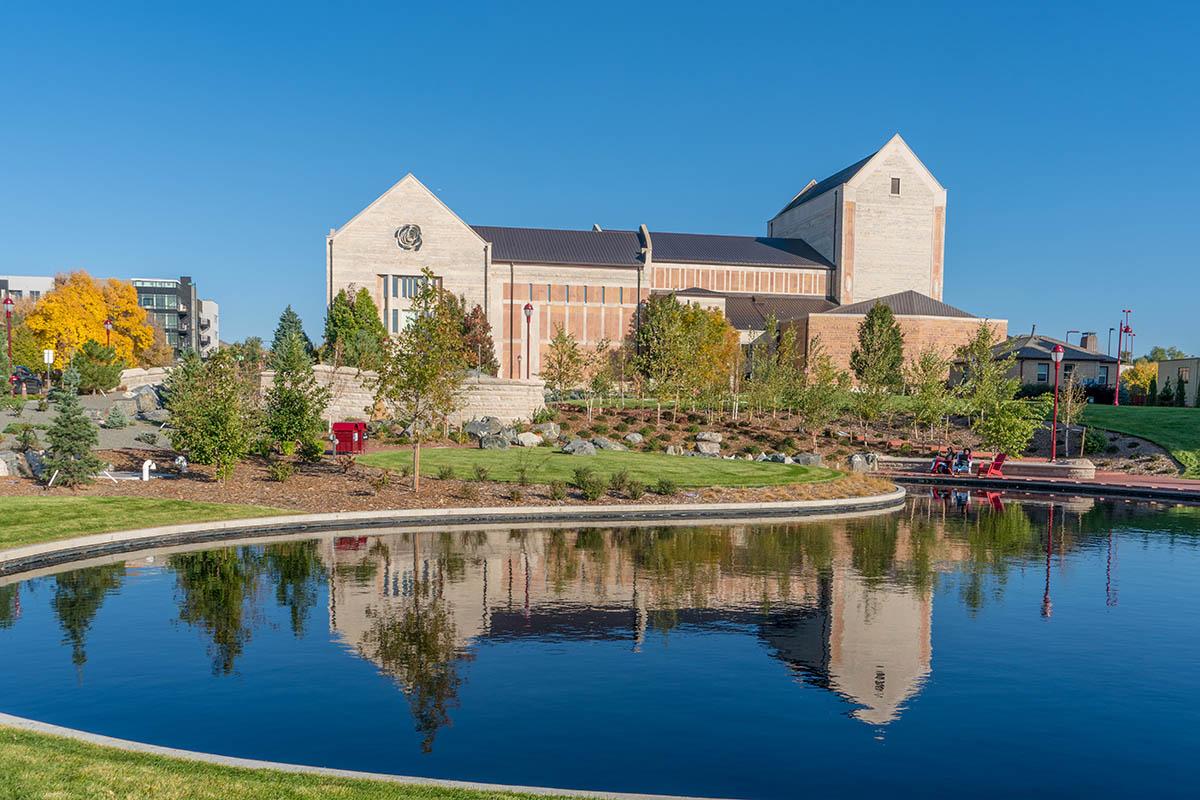 Both instances haunt Aisha Ahmad-Post, executive director of the Robert and Judi Newman Center for the Performing Arts.

A teenager in the ‘90s, Ahmad-Post didn’t see much South Asian representation in U.S. media. Then came 9/11.

And while Ahmad-Post wasn’t raised Muslim, she has Muslim family members.

In the name of patriotism, negative perceptions enveloped her names – Aisha and Ahmad.

“That was my first experience of having racial slurs thrown at me in class or outside. It’s sort of this odd thing. Being South Asian, we were erased from the dialogue around race.”

But in 2020, after the murders of George Floyd, Breonna Taylor and Ahmaud Arbery, America began to confront its past. The summer of 2020 saw a nationwide plea for justice for all. And Ahmad-Post, who took over as executive director during a time of uncertainty, envisioned big things.

A year later, she signed a pledge to further the Newman Center’s commitment to racial equity, diversity and inclusion.

The 10/20/30 pledge, written by the Association of Performing Arts Professionals, is designed to unfold over 10 years.

The commitment aims to empower, represent and engage with artists and organizations who identify as people in the global majority, women, individuals with disabilities and LGBTQIA+ people by allocating 20% of its programming and 30% of its annual performance budget to those groups.

The idea is simple, Ahmad-Post says. And the Newman Center already is leading by example. More than half of the center’s Season Presents current offerings meet the pledge’s criteria.

In order to have a thriving arts ecosystem, diverse artists must have a voice. And it matters, she says, in a predominantly white city with a legacy of redlining, gentrification and busing.

“We [DU] are trying to build more diversity and inclusivity in our research, scholarship and our community impact,” she says. “I think one of the most accessible ways to learn about a different culture is through the arts, through food, through music, language and poetry."