In a report made in partnership with the African Union Development Agency, Jonathan Moyer examines key trends in Africa's future 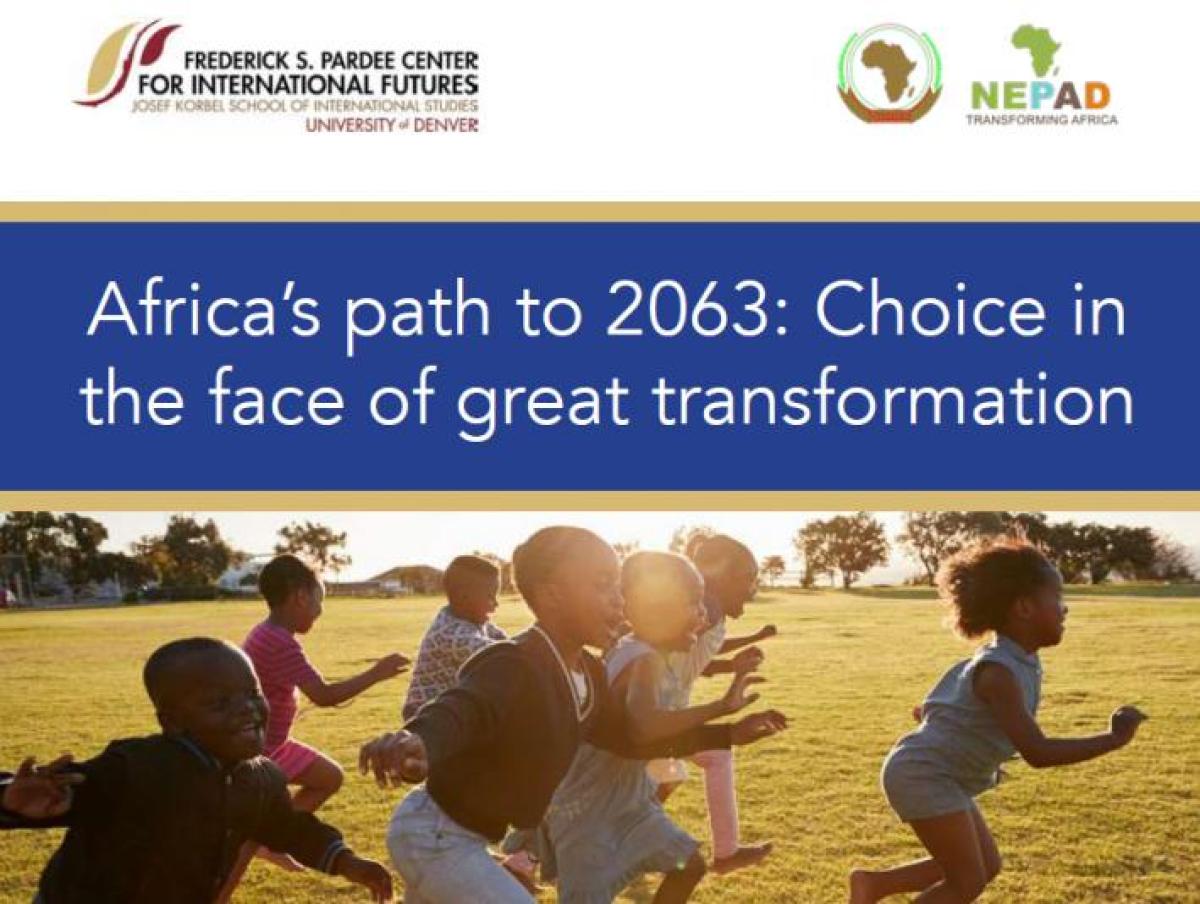 “That’s a huge transformation. An extra billion or so people,” says Jonathan Moyer, director of the University of Denver’s Frederick S. Pardee Center for International Futures. “It means huge changes in the global system, and people should be aware of them and the magnitude of these changes.”

Massive shifts like these present formidable questions — ones which Moyer and his team of researchers at Pardee aim to help answer. In fact, this is the very mission of the center, created in 2007 to improve the human condition through long-term forecasting and global trend analysis.

The trajectory of Africa’s demographic shifts and other transformations are outlined in a recently released report prepared by the Pardee Center in collaboration with African Union Development Agency (AUDA-NEPAD), which serves as the development arm of the African Union. The report was launched by the AUDA-NEPAD in Addis Ababa in front of influential figures in African politics, including Vera Songwe, head of the United Nations Economic Commission for Africa.

The Pardee Center’s supporting role with the AUDA-NEPAD dates back to 2012 and promises to extend well into the future. “We are in conversations to formalize the partnership in a more concrete way,” Moyer says. “Our role is to sit back and wait for guidance and instructions from them, because they are setting the agenda and we are filling a gap in that technical space.”

Moyer hopes that the report will help guide the AUDA-NEPAD in its decision making over the next 50 years. “We want to build capacity to do analysis using the tools we have here to help continental, regional and national governments better plan for development and to make choices that prioritize human capability improvements within the context of environmental sustainability,” Moyer says. “That’s the goal.”

Pardis Mahdavi, acting dean of the Josef Korbel School of International Studies, home to the Pardee Center, considers this pairing of research and application critical to the school’s mission. “The Pardee Center’s partnership with the African Union Development Agency is an excellent example of the Korbel School’s broader mission to bring academics and policy makers to the same table, and to marry research to real-world applications and solutions,” she says. “We're striving to break down the walls between academics and practitioners, and this partnership is a good model for how this works. For our students, it's a unique opportunity to see how what they learn in the classroom plays out across the globe.”

While predicting the future seems tricky, Moyer is confident Africa will see transformations in four areas, all discussed in the report: demographics, human development, technology and natural systems. “Some things are more certain than others,” he says. “The demographic future is pretty certain. The massive population growth is happening. … Human development is happening —that’s persistent. Education will improve. Life expectancies will improve. Renewable energy growth is a persistent trend. The fact that climate change is happening is a persistent trend.”

All of that exists within a framework of uncertainty, of course. Governance and choice remain unpredictable as ever, presenting a true wild card that could vastly impact the country’s trajectory. And, with a booming population comes challenges related to education, health care and infrastructure. What’s more, just as technological advancements like cell phones and ATMs can improve lives, others, like automation and robotics, threaten to reduce the number of jobs, even while accelerating development.

“Being aware of the big transformations that we are highlighting is important, but then also understanding that building government capacity, improving transparency and effectiveness, improving inclusion — these are all important drivers of the future of the continent,” Moyer says. “Political decision makers, civil society and citizens will make the decision about where to go, so we are meant to play a background role in this space.”

Without a doubt, though, says Moyer, Africa is a power on the rise. “Africa is going to be a giant economic block and a giant demographic block,” he explains. “There’s a huge amount of uncertainty still, but Africa will be bigger, wealthier and more developed.”

And, Moyer adds, it has a slight competitive edge when it comes to sustainable development: “There isn’t another region that developed with a continental organization like the AUDA-NEPAD that’s trying to help guide the development. This is completely unique.”