Passion and Persistence: How an Art History Grad Landed Her Dream Job 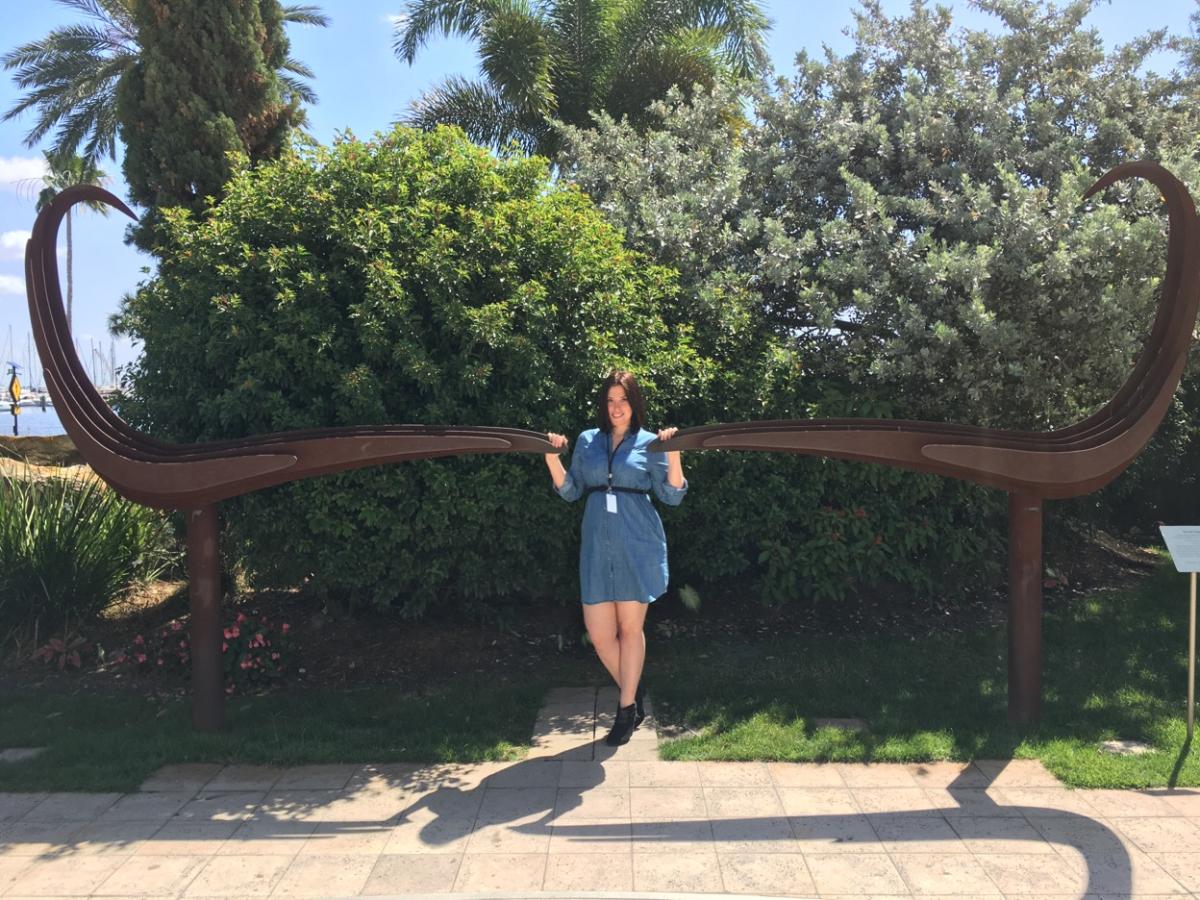 Heather Drake’s brain overflows with knowledge about famed surrealist painter Salvador Dalí. Her enthusiasm colors her words, and what seems like a simple question — “What is your favorite piece by Dalí?” — turns into a guided tour through the DU alumna’s personal art museum.

“I would say my absolute favorite to discuss would be ‘Portrait of My Dead Brother,’ because I think it tells us everything we need to know about Dalí the man,” says Drake, who received her bachelor’s degree in art history in 2015. Dalí, she adds, was born exactly nine months and 11 days after the death of his older brother, also named Salvador Dalí, and he fought a constant battle to be his own person.

“My absolute favorite though, personally, would have to be ‘Geopoliticus Child [Watching the Birth of the New Man],’ because it’s about the birth of a new world and a new idea, and I think that’s always something people are struggling to find,” Drake says. “It’s never too late to reinvent yourself, which is what I did.”

Drake’s ability to turn a common question into a history lesson, art explication and personal statement testifies to the passion that landed her a role as group experience manager at The Dalí Museum in St. Petersburg, Florida. There, she opens eyes to the wonders of Dalí by helping others experience the magic for themselves.

Drake was introduced to that magic during her time at DU, where she reinvented herself after ditching past lives as a pet stylist and a leasing agent. On campus, she cultivated a palpable appetite for all things Dalí, and a focused drive to see her dreams to fruition. Despite cutthroat competition, she landed an internship at The Dalí Museum. Within two months, she was promoted to a part-time position, and when the group experience manager job opened soon after, Drake’s manager insisted she apply.

While many of the museum’s visitors are instantly taken with Dalí, it wasn't love at first sight for Drake. “I have no qualms telling people from the beginning that when I started my search into art history, I was absolutely adamant I loved all types of art except surrealism,” she says.

But all it took was dinner and a movie for Dalí’s eccentric personality to sweep Drake off her feet. “Then I saw ‘Un Chien Andalou,’” Drake says, referring to a movie Dalí created with filmmaker Luis Buñuel. “It was just mesmerizing. The thing I love about Dalí the most is that it wasn’t just his physical art he was making. We see him as a madman, but in reality, he was living his art every single day. He was crafting this person.”

Once Drake warmed to dadaism and surrealism, the dots began to connect. As a student of both art and psychology, Drake came to view art as a frame for understanding the human experience. “Art is this way into understanding people — who we are, why we do what we do,” she says. “I love the overlap of art looking into a person’s soul and psychology looking into their mind.”

That’s the kind of insight she likes to share with visitors to The Dalí Musem. It’s also something she’s storing up for the next generation. Drake and her husband have a son on the way, and she says she hopes to make art a big part of his life. “Art is definitely something I’m hoping to instill in him,” she says. “I hope he has a passion for it.”