Cathy Grieve — known campus-wide for her inexhaustible service to DU — has separation issues.

She says she plans to retire. At the end of July.

Or maybe a couple of weeks after that. Certainly not until she conscientiously dots and crosses every remaining perpendicular vowel and consonant.

But the i’s and t’s keep multiplying. The institution she has served for nearly four decades keeps beckoning: Just one more thing, before you go.

Whether she launches her next chapter precisely on schedule or a tad later, Grieve (MA ’75, PhD ’79) leaves the University of Denver with countless achievements, kudos and friends to her credit. Over her time at DU — as graduate student, faculty member, internship director and most recently as head of Conferences, Events and Special Programs — she has mentored students, conducted ambitious research, served on numerous committees and helped organize everything from a presidential debate to a public lecture series. As her many admirers will tell you, quantifying her contributions to the University would require a supercomputer with extra memory.

“It’s been an amazing, amazing journey,” she says.

Grieve first came to DU in the early 1970s, initially as a graduate student pursuing studies in mass communications. After completing her master’s, she stayed on campus to complete a PhD and a dissertation examining the role models offered young girls from working-class backgrounds by television. As the dissertation came together, she was raising her two sons, then ages 1 and 2, and serving as a graduate teaching assistant or instructor.

“When the two boys napped, I would write. I just carved the time out and prepared for my comps,” she recalls. Later, presiding over a DU classroom, she would remind students that their tales of time shortages were destined for skeptical ears.

“I always told my classes, ‘Don’t give me that about the late paper and how you didn’t have time — because here’s my story and I’m sticking to it. [And they’d say,] Really? Really Dr. Grieve? And I said, ‘Call me Cathy, but yes, really.’”

Looking back on her DU experiences, Grieve singles out her time with students —many of whom remain in her network — as especially rewarding. “They touched my life, first and foremost,” she says, “and I touched their lives.”

So much so that her gift for teaching was repeatedly honored throughout her years in the classroom. Among the many awards she received were the William T. Driscoll Master Educator Award in 1993 and the University of Denver Distinguished Teaching Award in 2000.

More than a decade ago, thanks in part to her ability to produce quality work under pressure and on deadline, Grieve was tapped for the executive director’s post with Special Community Programs, which supports DU’s academic culture by organizing a calendar year’s worth of interterm classes, lectures, concerts and panel discussions. Just three years later, conferences and events were added to her plate.

As Gregg Kvistad, who served as provost from 2006 until June 2018, notes, the new assignments harnessed not just Grieve’s talents, skills and personality traits but also her keen insight into academic priorities.

“Dr. Grieve, known as Cathy to almost everyone on the DU campus and beyond, served as a faculty member for many years, and so, in the events and special programs arena, she was able to combine her acute academic sensibility with a sharp business savvy, demanding performance standards, an extraordinary eye for detail and good taste, and a kindness shared with all she encountered. Thousands of people have been touched by her graceful professionalism; no one is more appreciative of her than her DU colleagues.”

Although the assignments in events and special programs seemed daunting at first, they appealed to Grieve’s interest in public outreach and community relations, work that complemented the topics she taught to generations of communications majors. “I really liked that interaction with different publics, different types of individuals,” she says.

Even so, she retained her ties to teaching, helping to shape curricula for interterm courses and lending her support to the Volunteers in Partnership (VIP) program, which puts first-generation college students from DU to work in area high schools mentoring juniors and seniors, themselves first-generation students, in the ins and outs of college preparation and the application process.

In 2012, Grieve’s many contributions to her employer and alma mater were recognized with the Distinguished Service to the University Award. It was a particularly meaningful honor, coming from an institution that has played so many roles in her life. Her two sons and daughter are all alumni; she watched them benefit from the very academic culture she helped to nurture. And when she lost a baby girl during graduate school and her husband a decade ago, she recalls, the DU community offered support and solace.

What’s next for the quintessential go-getter, this stranger to downtime? The possibilities are plentiful. Perhaps she’ll mine her dissertation for some fresh insights into today’s media culture. She’s also interested in teaching in alternative settings — maybe a venue helping incarcerated women or other arenas in which education can catalyze a radical transformation.

“There’s nothing like that human dynamic between teacher and student,” she says. “There’s just something about that that is very stimulating.”

A farewell reception for Cathy Grieve is scheduled for 3–4:30 p.m. Tuesday, June 26, in Maglione Hall in the Sie International Relations Complex. 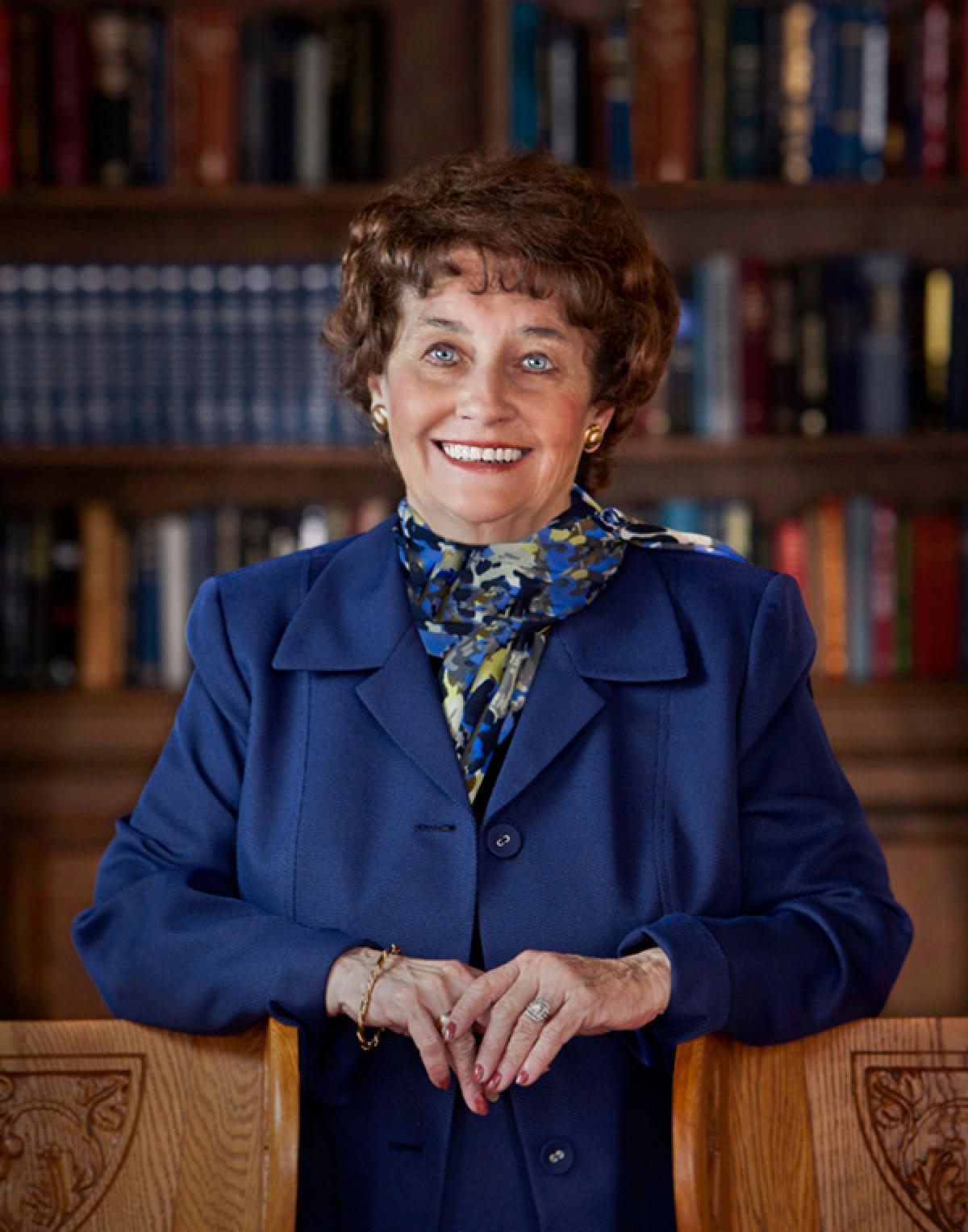