Physics With a Twist

In a physics lab at the University of Denver, senior Sam Alperin tinkers around with a laser pointer, camera, collection of lenses and an obsolete projector that was destined for the recycling bin.

The experiments that he carries out with these everyday objects are far from ordinary. Alperin is twisting light and measuring it, and he’s carrying out original research in the process — a unique opportunity for an undergraduate.

“It’s interesting and fun,” he says. “There’s always a mystery going on, a problem for which we don’t have a solution.”

Twisted light — or light that has what physicists refer to as orbital angular momentum — occurs when light is twisted like a corkscrew around its axis of travel through space. The technique, which involves passing a beam of light through a liquid crystal panel that Alperin programs to display a hologram, has applications ranging from telecommunications to high-resolution biological imaging.

Alperin has been collaborating with Professor Mark Siemens in the Department of Physics and Astronomy since his freshman year. Initially, their goal was to design a temperature sensor based on how much light twists as it goes through an optical fiber.

“We realized that if we wanted to make the sensor, first we needed to be able to measure the twist, and so we came upon an interesting new problem,” Siemens says. 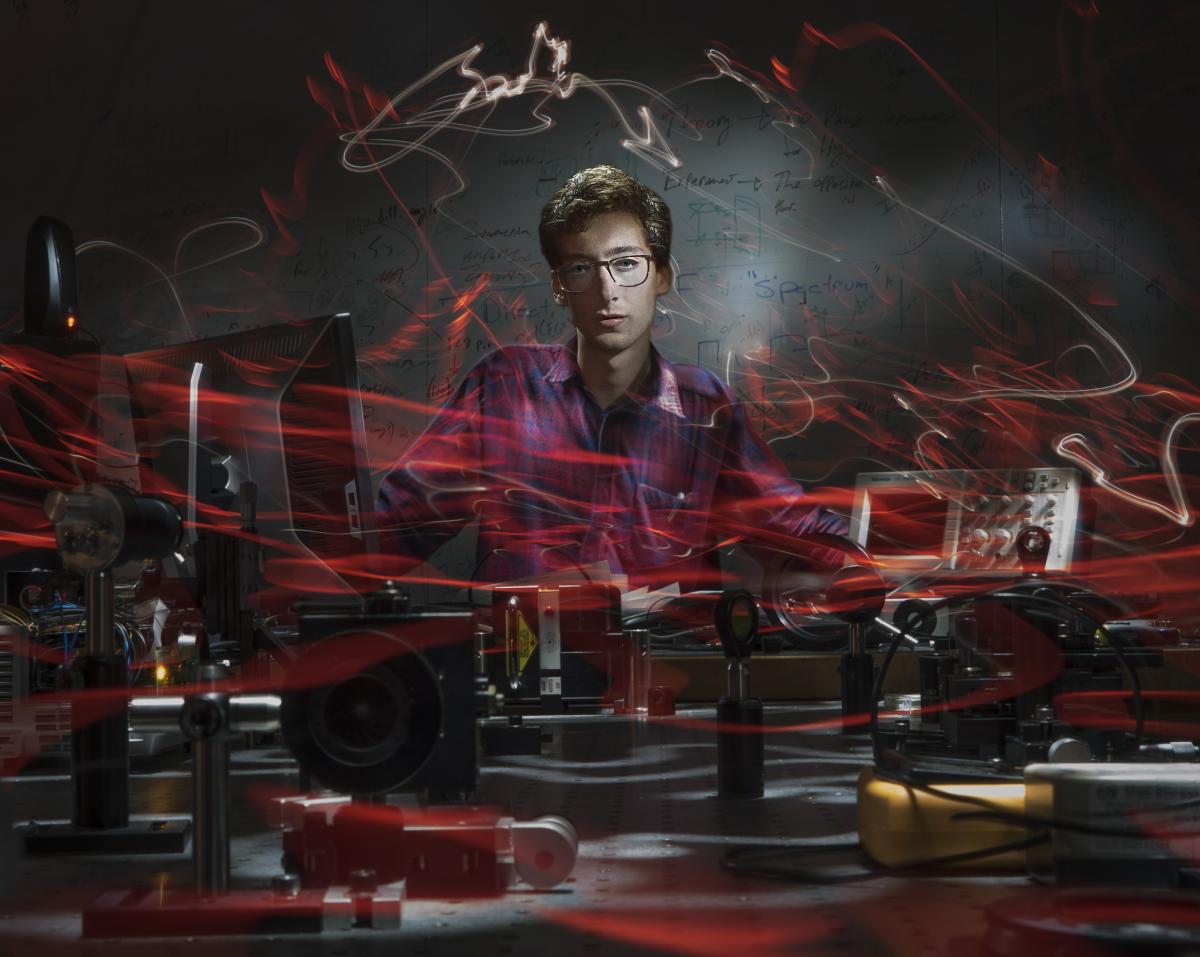 Thus was born Alperin’s research project. With funding from DU’s Partners in Scholarship (PinS) program, he was able to work in Siemens’ lab during his first summer at DU. Since then, the research has attracted grant money from the National Science Foundation.

The team’s goal is to demonstrate simple and inexpensive ways to generate and measure twisted light. Using inexpensive optics components, they are able to twist light in the lab and quantitatively measure its orbital angular momentum. Their findings, which are changing the way that physicists understand the complicated quantum nature of twisted light, have the potential to impact engineering, physics and materials science by making twisted light sources and measurements inexpensive and reliable.

Telecommunications is one field that stands to benefit from twisted light. Currently, transmitting data via optical cables involves the transfer of 1s and 0s that are represented by the presence or absence of light beams, a method that is limited by how many beams of light can travel through a single cable. With twisted light, separate channels of information can be sent simultaneously, allowing for much faster communication.

Alperin says that the opportunity to work in Siemens’ lab has given him an appreciation for the process of scientific inquiry and the steps that lead to discovery. In addition to getting to work on real-world problems, he’s also a co-author on two papers currently in process for publication in peer-reviewed journals. After he finishes his degree at DU, he plans to pursue a graduate degree in physics.