The Power of Skateboarding 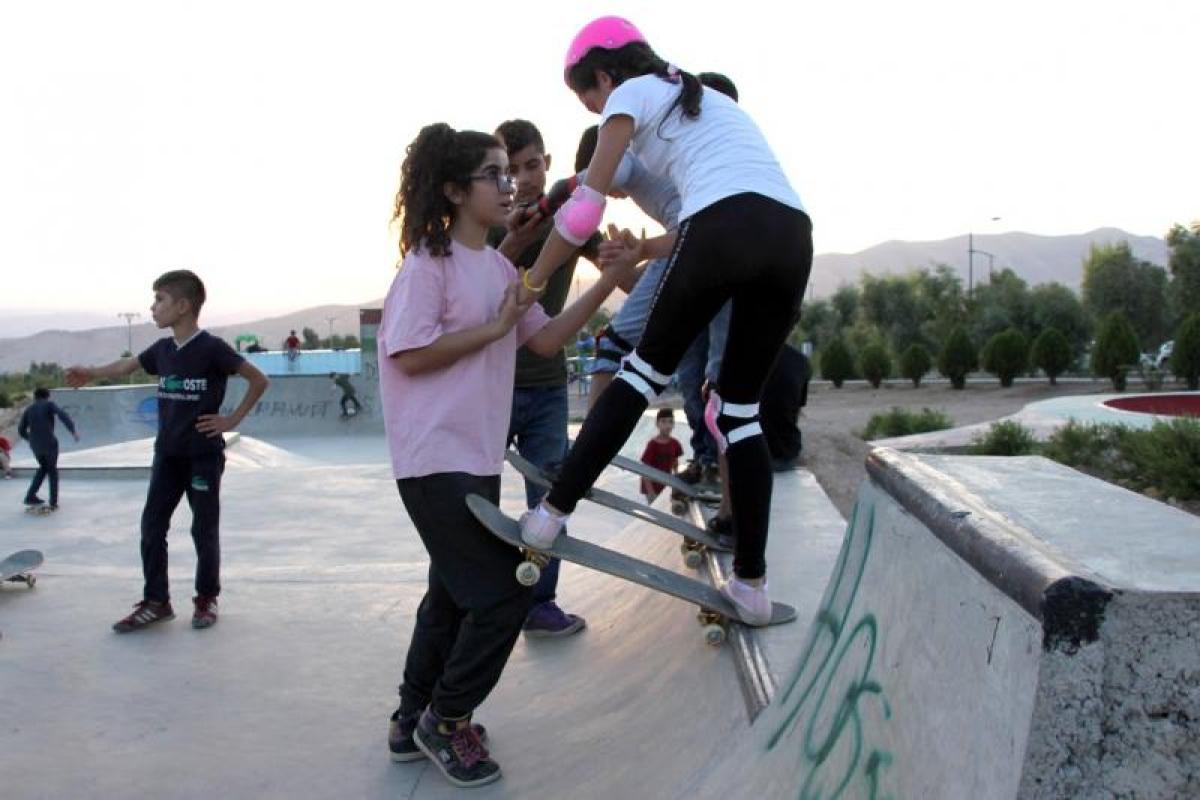 Shane Carrick has seen it all over the world — in Iraq, Nepal, Morocco, India, Ethiopia and elsewhere: the power of skateboarding to bring kids and cultures together. The value of a safe space devoted to a play-based activity that anyone can do, regardless of gender or ethnic background, no expensive special equipment required.

And as programming director for the nonprofit Make Life Skate Life (MLSL), the DU alumnus is part of a worldwide network of skateboarders so devoted to the sport’s unifying possibilities that they travel, on their own dime, to other countries to construct skateparks so that young people there can meet new friends and make constructive use of their free time as they practice their grinds, ollies and kick flips.

“In all these communities, [skateboarding] is brand new. There are usually a few people, maybe five or six kids, who skateboard, but beyond that, nobody knows what it is,” says Carrick (BA ’08), who majored in film and video production at DU. “Because it’s so new, it transcends the cultural attachments that come with other sports. It’s been like an open-access activity for all genders, all ages, all classes, all religions. That’s really the interesting part about it — bringing all these different people together in the same area and having a positive activity like skateboarding to transcend all the cultural stuff.” 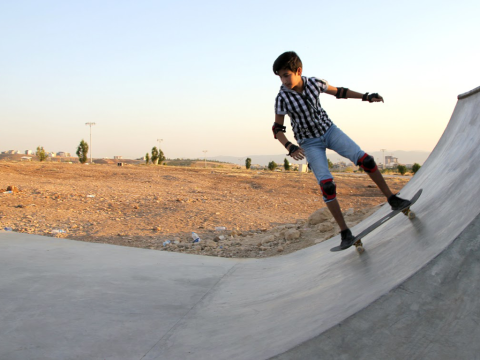 Carrick first witnessed the worldwide interest in skateboarding when he taught English on the island of Martinique shortly after graduating from DU. A few years later, when he and his wife quit their jobs to travel around the world, he became aware of Skateistan, a nonprofit that runs skateboarding schools in Afghanistan, Cambodia and South Africa.

“We happened to be in Cambodia at the time. I arranged a visit, and I was really inspired by their model of using skateboarding as a tool to reach out to underserved populations and then offer other educational opportunities through skateboarding, such as English or art classes,” he says.

That inspiration led Carrick to MLSL, and at the end of his worldwide trip, he traveled to Ethiopia to help build the organization’s skatepark there — the fifth park it had constructed.

“People reach out to us from all over the world and say, ‘Hey, we have a skate community here; we need help with raising funds and building a park.’ Our really small team helps launch a fundraising campaign, and then we have a large volunteer base of skate park builders who come in and build a park,” he says. “It usually takes two to three weeks, and the park is for public community use after that.” 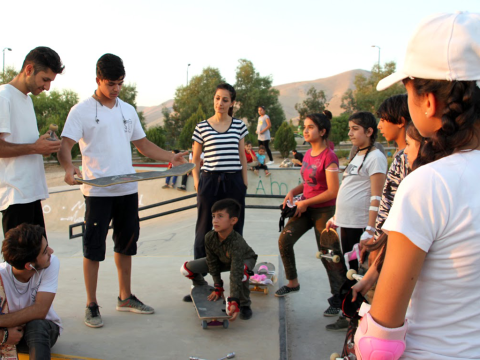 It was in Ethiopia that Carrick began to expand the MLSL mission, setting up ongoing lessons, workshops and community outreach projects with the local skaters who remained once the volunteer building team had departed. What started as a consulting gig turned into a full-time volunteer position, and Carrick now spends much of his time at his home near Telluride on emails and calls related to MLSL projects.

“After the park is built, my job is to help set up the programming,” he says. “We like to have the local skaters head the effort, so we do things from behind the scenes. On our newest project we just did in Iraq, I’m working with the local skate park manager there and a few of their motivated skaters, and I’m working with the UN refugee agency and the Civil Development Organization in Iraq. I’m usually just nudging people from behind a computer screen.”

Carrick plans to travel to the Iraq park in the spring, but for now his focus is on MLSL’s global network of skaters and on creating a volunteer program that plugs them into opportunities at the nonprofit’s eight projects around the world. And when the next park is built, Carrick will be there to set up programming that helps build community and lets young people develop resilience and problem-solving skills.

“We get so many emails from all over the world that we can’t even respond to all of them,” he says. “If you spin the globe and close your eyes and put your finger down somewhere, if your finger’s on land, there’s probably a kid down there somewhere with a ratty old board trying to skateboard. It’s crazy where some of these requests come from.”