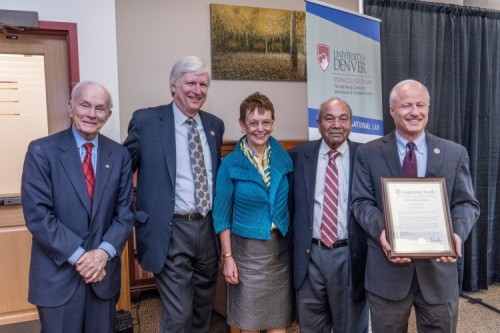 Not many people can say they’ve worked at the same job for over 50 years, or that they’ve made an indelible mark on their chosen field and inspired many. But Ved Nanda, Evans University Professor and Thompson G. Marsh Professor of Law at the Sturm College of Law since 1965, has achieved both of these things—and more—during his time at DU.

Nanda was honored by Congressman Mike Coffman on July 24. Coffman spoke about Nanda’s life and career highlights on the floor of the House of Representatives, officially entering him into the Congressional Record.

Some of those achievements include establishing the International Legal Studies Program at the University of Denver in 1972, followed by the Denver Journal of International Law & Policy; introducing an international human rights law course into the law school curriculum; serving as vice provost of Internationalization at DU from 1994-2008; writing or co-writing 22 books in the various fields of international law and more than 180 chapters and law review articles.

At a special ceremony on September 22, Coffman presented Nanda with the Congressional Record from that day. “It’s such an honor to be here today to recognize someone who I’ve thought of so highly for so long,” Coffman said. “I always read what he puts out as a compass, a template, for the future of American foreign policy.”

Coffman read from the remarks he made on the floor, highlighting Nanda’s work in the field of international law. “Ved Nanda has been a pioneer in the international law community since his arrival at the University of Denver in 1965,” Coffman said. “He created the school’s renowned international legal studies program. His work has inspired a countless number of students to become a part of the conversation on international rights and human issues.”

Chancellor Rebecca Chopp was also in attendance, and spoke of how Nanda’s scholarship and mentorship has inspired so many throughout his career. “Dedicated to the pursuit of human rights for all, Ved has been a determined leader, mentor, activist and advocate in shaping international law to deliver this goal,” she said. “It’s no wonder that Ved has become a beacon for justice, education and compassion, not just in Denver, not just in the United States, but nationally.” 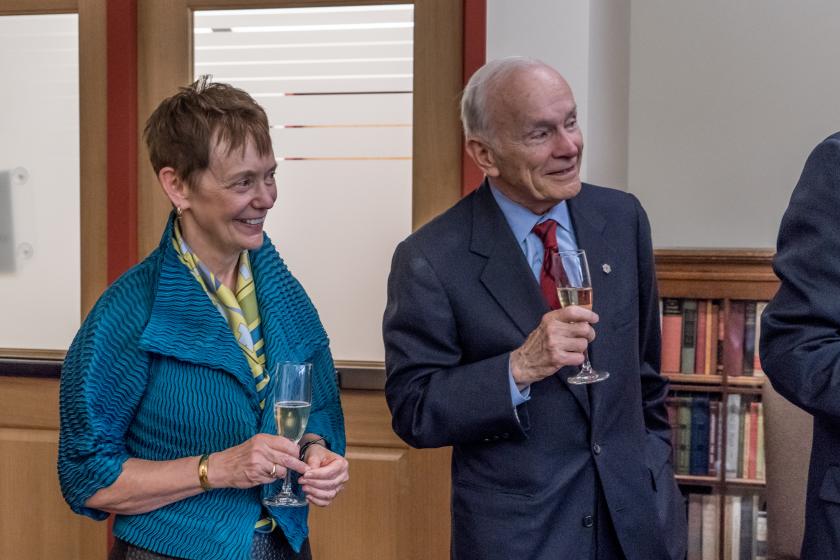 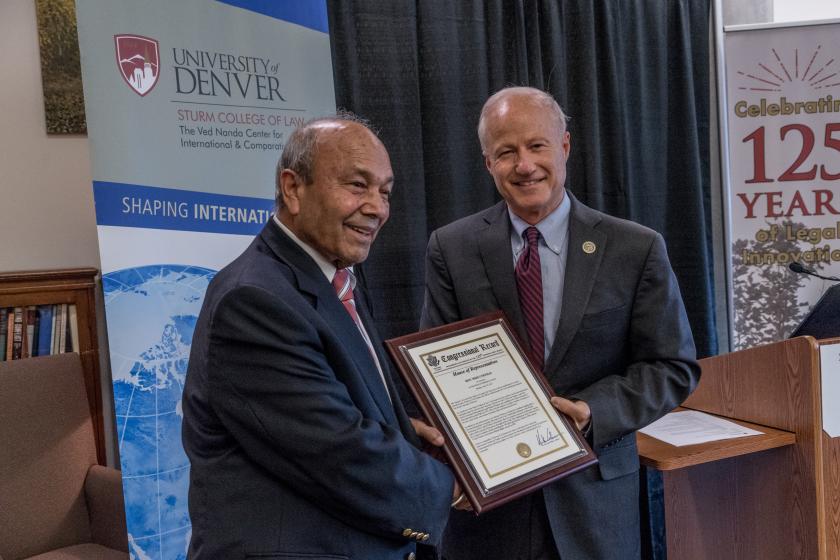 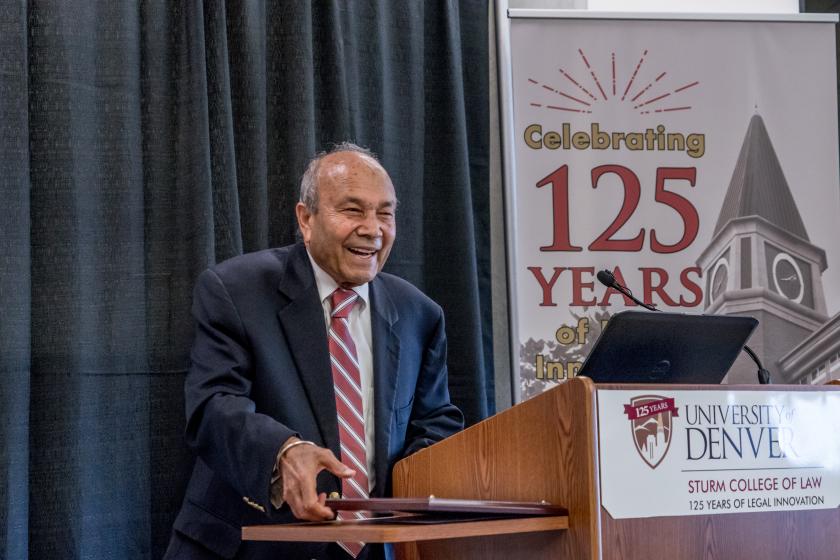