Pushing the Right Buttons: Professor Uses Video Games as a Gateway to History 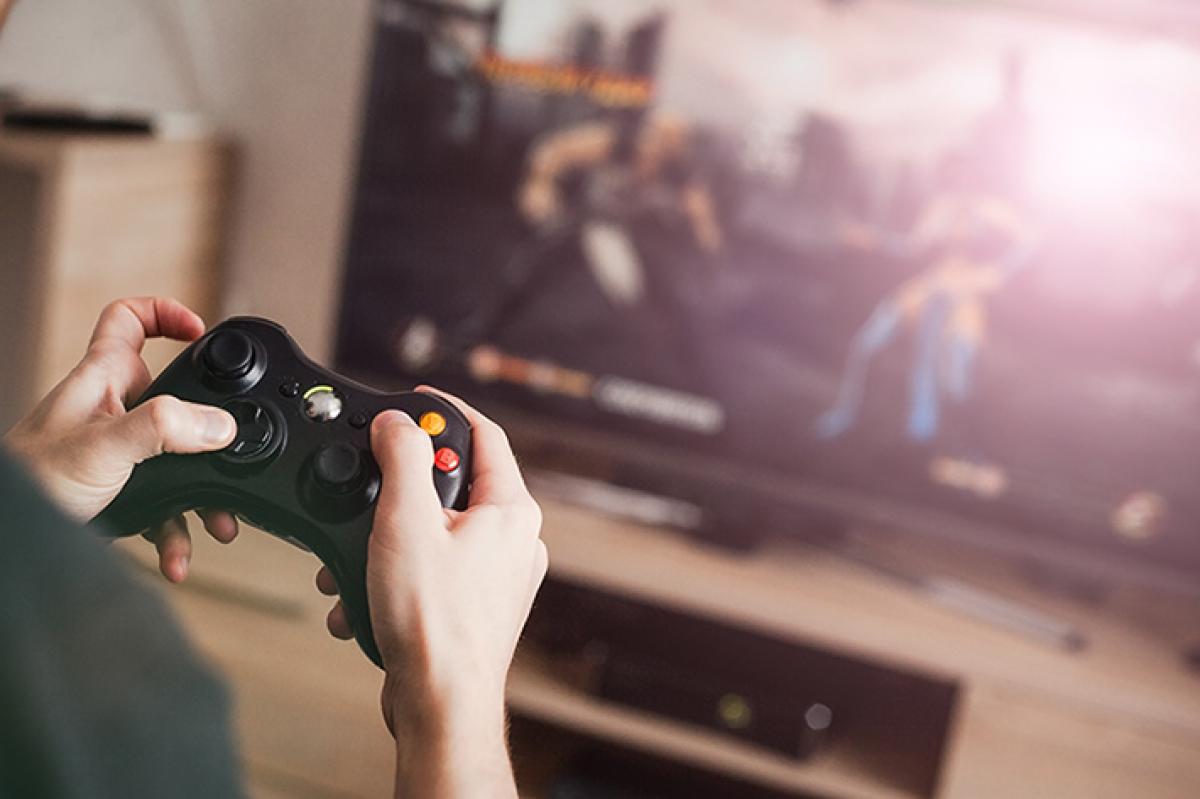 In the Viking village of Ravensthorpe, a longhouse hosts feasts and events. Men in the community engage in “flyting” (a war of insults) or “holmgang” (a dispute-settling duel) or compete to quaff the most alcohol from a horn. When in need of resources, they hop into longboats and sail to a nearby settlement, where they use battle axes and flails to loot and pillage.

These scenes come from “Assassin’s Creed Valhalla,” a highly popular video game. But the characters and settings might as well be straight from a history book.

“Everybody knows who the Vikings are,” says Daniel Melleno, an assistant professor in the Department of History at the University of Denver’s College of Arts, Humanities and Social Sciences. “And part of that is because of video games. When you’re searching for relevance and how to make people care about people who have been dead for a very long time … that’s a really good angle to get undergrads interested.”

Melleno can certainly relate. As a kid, the path to his future career began with J.R.R. Tolkien’s books and games from the Age of Empires franchise. Through books and computer screens, Melleno inadvertently learned about the succession of historical kingdoms, the evolution of tools and the three-field farming system.

Now, with three history degrees in hand, his courses on medieval and pre-modern history always feature pop culture. After all, Melleno says, about 80% of his students enroll because of love for a video game, TV show or movie. (“The History Channel TV show ‘Vikings’ is why I have a job,” Melleno jokes.)

“He’d bring up historical tidbits about the video games, the movies, the TV shows,” she says. “It put the dots together. There are a lot more video games that maybe don’t mention [the characters] are Vikings, but they start taking inspiration.”

As a final paper for Melleno’s class, Lopez wrote about The Witcher 3, a video game based on a series of fantasy novels. She assessed the realism of the characters’ clothing, accessories and weapons, and noted the similarities between the game’s creatures and creatures from Norse mythology. In the process, she learned more about the daily life of the Vikings she had been studying.

“I think there are a lot of video games that are now starting to touch on a little bit of history, and it piques people’s interest to learn a little more,” she says.

When Assassin’s Creed Valhalla debuted, Melleno received invitations to join several podcasts to explain how the game’s fantasies depart from realities. As a regular contributor on Reddit’s discussion boards, he answers questions from amateur historians, enthusiasts and hobbyists curious about everything from swords to calvary battle tactics.

Melleno considers it all a form of outreach — from the collegiate history classroom to the greater community.

“If we want the humanities to survive as a valuable thing in society, we can’t lock ourselves up,” he says. “Every time I answer a question on Reddit, I reach, easily, twice as many people as I do in the classroom. I think that’s a really good way to feed more interest in history, and I think people want it.”

Colin Phipps (BA ’20), for one, didn’t major in history, but taking Melleno’s classes changed the way he views his hobbies.

“I don’t think I’ll play a game where I don’t think about [history],” he says. “Even when I buy a new game, I think there’s a fun part of it where I will have to look up online: How real is this game? How accurate is this game?”

Part of that desire lies in the immersive nature of first-person games, Phipps explains. Unlike movies and books, which provide a proscribed point of view, players have the liberty to explore a map the way they want to, diving into niches and creating their own adventure. When Melleno was growing up, such elements were much rarer in video games.

It’s all proof, the educator says, that history is much more than memorizing names and dates.

“That’s not what historians do,” he says. “I’ve got Wikipedia for that. History is all about stories and storytelling and the stories we tell. I think talking about media and history allows people to understand that better.”