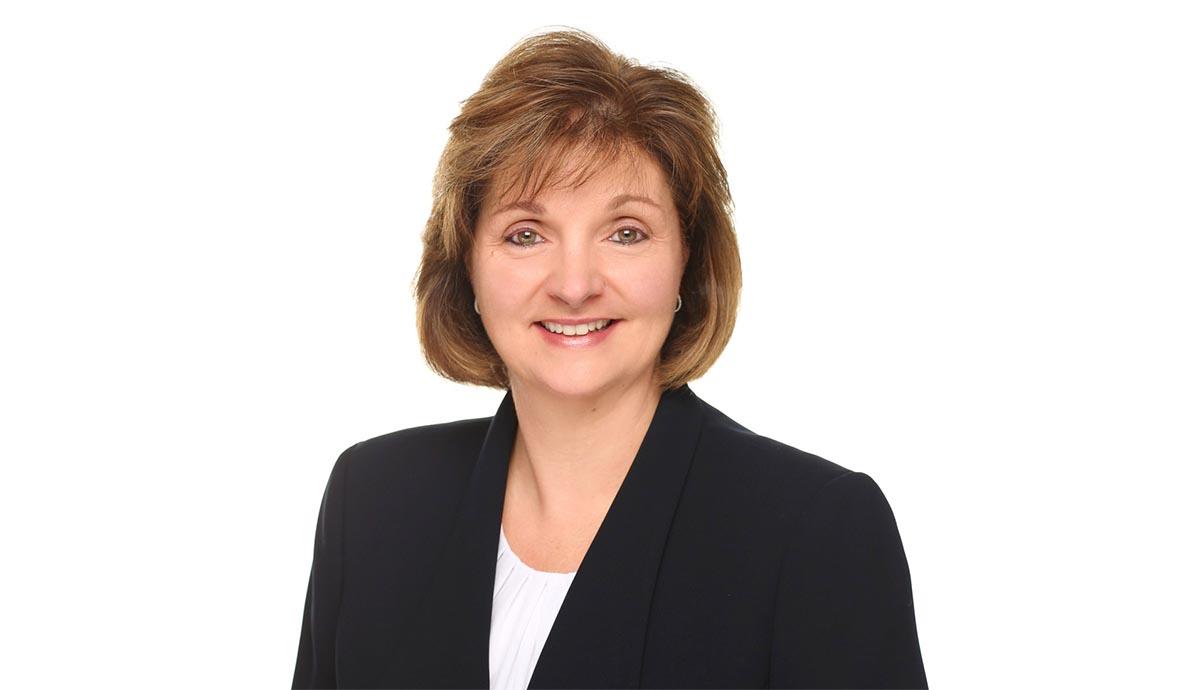 From construction to information technology, Theresa Liguori-Hernandez is quite comfortable in male-dominated spaces. Over nearly two decades at the University of Denver, her jobs changed, and so did DU. She currently is assistant vice chancellor for IT campus partnerships – a leadership role in the Office of Information Technology— and co-chair of the Women’s Leadership Council.

In celebration of Women’s History Month, she shared her story with the DU Newsroom. This conversation has been edited for length and clarity.

Tell me about your work as co-chair of the Women’s Leadership Council.

When I started at the University, one of the first things I did to connect with women on campus was to join the Women’s Coalition. At the time, there were six groups. (Now there are several more). I joined the staff women groups and got involved that way. I stayed in supporting roles for some of those groups for a couple of years. And then I was made chair of the Women’s Coalition in 2009. And I served as chair for five years, until 2013. In 2021, I was asked to serve as Co-Chair of the Women’s Leadership Council along with Stephanie O’Malley, the Associate Vice Chancellor for Government and Community Relations. The Women’s Leadership Council (WLC) has always been comprised of senior women from a division or a department, with the highest-ranking senior woman serving on the council. WLC really strives to push initiatives relating to women and advocates for women’s opportunities in coordination with the other coalition groups.

Just this year, the Women’s Coalition got moved under the Office of Diversity, Equity and Inclusion and is one of the affinity groups within ODEI. That gives the Coalition a different accountability structure and a much more collaborative feel.

How much change have you seen since 2003?

I’ve seen a tremendous amount of change, especially at the university. DU has put forward initiatives that have helped create that change. The commitment to diversity, equity and inclusion was not what it is now when I started. Adding inclusivity into performance reviews and making people accountable from where they sit was a huge change. I think we all have to be part of the bigger picture for it to be attainable. It can’t just come down from above or be pilot projects here or there that are pushing forward the initiative. I remember when I started out attending the Coalition meetings, there were people who didn’t want to attend Women’s Coalition meetings because they didn’t want people to think differently about them. So that has all changed, absolutely. But yes, we need to do more, we can always do more.

Remote work and this whole pandemic has brought to light the need for a flexible work environment, and what that means to a community as far as work-life balance and who’s most affected by it. Those are important issues that we need to address.

For a while, feminism had a negative connotation to some. Did you ever get questions about being in a women’s affinity group?

At first, I was like, “I'm not a feminist. That’s not me.” It’s like that with so many things. You have a preconceived notion of what you think something should be or what something might be. And I remember someone saying to me, “You are such a feminist, but yet, so not a feminist.” And I’m like, “What does that mean?” And I guess I’ve always stood for women’s rights, rights of underrepresented individuals. But in a way, that was different than I guess the context of what people conceive of a feminist. And so the wave of feminism that I was being associated with was the hard-core, marching, in-your-face initiatives that were happening in the ’60s.

But then with the #MeToo Movement, it changed again. And the voices, needed to rise up again and be heard. And so right away, the label of feminism came back to those individuals. And it’s not that people weren’t doing the work all along, it’s just that something in society triggered it to be more at the forefront, and now people are calling it feminism again. It’s just so weird how people label things. Bottom line, it’s advocacy for women that is what I’ve been passionate about for a long time. And most people who know me know it’s not just about women. I’m an advocate for all. I’m always out there trying to make things better and trying to get voices heard that might not be heard. And if I can use my position to do that, I try to.

I was fortunate enough to have men who accepted me in my role, but I have had both women and men who mentored me. Some of them wound up reporting to me. I have a very male-dominant team at the moment but being there as a peer, being accepted by these individuals initially, made me confident in my role. It’s about confidence and knowing that you are at the table for a reason.

What kind of women’s advocacy work have you done outside of DU?

I started the Denver chapter of AVIXA (Audiovisual and Integrated Experience Association), women in the AV industry. There was a need for a Colorado chapter and a Denver chapter. And I was asked to help co-found that group. Now we have another group, Colorado Women’s AV and IT, COWAVIT. It’s women networking from the AV and IT industries, because many of these individuals are in their roles with predominantly male teams. These groups are a way to talk to others in the industry, build each other up, mentor, network and do professional development. I’ve run into two types of people with this. Either they are upset that they’re the only woman in the room, or they’re excited, and they use that as an opportunity to get other women in the room. I have to tell you though, my team never makes me feel like I’m the only woman in the room.

Prior to DU, you worked in the construction industry, another male-dominated industry. What did you do there?

I was pretty young when I started in construction. I was the only girl on the construction site. I was in the office, so I did budget, estimating and helping obtain bids.

I’d equate my work to budget estimators and project managers. We built anything from large office buildings to malls. And then for a short period of time, I worked in New York City for Merrill Lynch … in their construction office. This was before 9/11, so you can imagine how different that was. In the World Trade Center, companies moved in and out constantly and so you’d have to renovate the space for the next group to come in, move people around. And I was involved in constant renovation and construction of all the towers, the various World Trade towers and Merrill Lynch-owned properties. So, yeah, it was fun. It was different.

Studies suggest that women use more exclamation points in emails than their male counterparts. Do you feel the need to be overly polite in emails?

I believe that’s an issue. I do. I’m just who I am. And if I have to be stern, I can be. But at the same sense, I’m just in general a polite person, so I write that way. But is there an issue with that? Absolutely. In our world, there are still some gender norms that are accepted. If women don’t call them out, sometimes they get ignored.

Do we get caught up in really big moments, like the women’s rights or civil rights movements, and then assume everything is automatically better?

There are little things that happen out there in the world that still exist. But right now, people aren’t paying attention as much as they should to the right to vote. And it’s a privilege. And sometimes people are like, “Aw, my vote doesn’t matter.” Then you hear about one state, one county, making a change that will have a ripple effect eventually. Once something breaks through, similar to a little water starting to seep in, and before you know it, it could change everything.

And now with women’s rights showing up on the ballots, the possibility to restrict access to medication, access to birth control, we need to stand up, vote. There’s always work to be done. When something comes to the forefront, people join in, but it’s those people who continue to do the hard work, that constant work, that’s embedded in their everyday life that make the difference.