Computing giants like Google and Microsoft employ hundreds of scientists and spend millions of dollars trying to better understand and utilize quantum physics for next-generation computing. Yet, Mark Siemens, associate professor in the University of Denver’s College of Natural Sciences and Mathematics, threatens to render those operations obsolete with the help of your average, everyday laser pointer.

Siemens’ research focuses on the humble laser beam’s application as a tool for quantum physics. By his own estimation, it explores a completely novel route toward quantum computing, making it a little adventurous, definitely ambitious and full of uncertainty. That’s exactly what caught the attention of the W.M. Keck Foundation, which recently awarded Siemens a $1 million grant.

Along with Mark Lusk, a professor at the Colorado School of Mines, Siemens and his research team will use lasers to make the elusive field of quantum computing more accessible.

Shortly after publication, Google announced the successful completion of a critical quantum computing test using their "Sycamore" quantum computer. We followed up with Mark Siemens to learn more about this new development. Scroll to the end of the article for his response.

What exactly is quantum physics?

Quantum physics is how stuff really works, but we don’t really see it in everyday life. As you get down to smaller and smaller and smaller scales, these quantum phenomena start to emerge — a really surprising world dominated by uncertainties and probabilities where you can't tell what state a particle is in until you measure it.

Your research examines laser beams as an application for quantum mechanics. How does that work?

If you want to see quantum mechanics at a larger scale, people [look to] quantum fluids. A quant­um fluid is something that is coherent or that has like a single function for the entire thing over its entire size and can move without any friction slowing it down. [One example is] superfluid helium. You take [a cup of] helium and get it really, really cold, and at some point, it’ll start climbing up the walls of the cup and come around the sides because it has no viscosity at all. Another quantum fluid is a Bose-Einstein Condensate. Work on these quantum fluids [has led to] Nobel prizes in physics.

With these traditional quantum fluids, you have to get them really, really cold, because any interactions with the outside world degrade the quantum purity and the coherence, the “macroscopic oneness,” of the single quantum state. If there’s any heat flow into the system at all, it can destroy the perfect quantum state you’ve set up.

Our proposal is to look at a system that doesn’t interact with outside thermal fluctuations and where coherence is really well understood. That’s a laser. The thing that makes a laser [useful is] that it’s coherent, which means that the entire state is moving together. The laser is sort of like a marching band all marching in step in a line — very ordered and structured, whereas light from a light bulb is like shoppers on Black Friday. Our thought is, let’s leverage the robust coherence that’s built into the laser to try to understand some of these quantum science problems.

So how do you do that?

This all came out of some really surprising results we got a year ago where we studied laser speckle. When you shine a laser beam at a wall, you expect to see bright light in the middle and dimming to the sides. But actually you see these bright and dark spots. What you’re seeing is interference because the wall isn’t perfectly smooth. In each one of those dark spots is a little phase vortex, so the light is either spiraling clockwise or counter clockwise. We looked at this laser speckle, and it’s just like this chaotic, random thing, but there’s still coherence in spite of the chaos. If you let the laser speckle move and watch where the dark spots go, the vortices actually look like they are dancing around and interacting with each other. When we looked at the statistics of how those vortices moved, it’s exactly like what you see in a quantum fluid like superfluid helium.

If you stir up a quantum fluid so that it is turbulent, it forms these vortex lines that have the same exact statistics as what we see in the lab, just in a simple laser beam. It’s really surprising because they’ve always attributed that turbulent statistics to these crazy, special quantum fluid properties, and now we are seeing them with a $10 laser pointer and Scotch Tape, which we use to generate the speckle pattern.

What could this mean for people? What kind of applications could this work have?

The big goal of the grant is to see how far we can push this in terms of application. Can we make connections with quantum simulation or even quantum computing? With traditional computing, you have bits; your computing is all done in the zero or one state, and as you add more operations, your calculating power scales linearly, so twice as many bits is twice as much power. With quantum computing, you have this superposition. It’s like zero and one both at once. As you add multiple operations, your calculating power actually scales exponentially. And so now you [could] have something that is like a million parallel universes doing computations. Quantum computing can be used to calculate solutions to a lot of important problems like developing new materials or understanding how quantum systems move or breaking code because those problems all are quantum in nature.

So the lasers can help you do quantum computing more efficiently?

[Usually quantum researchers use] a chamber that’s the size of this room and costs a billion dollars, and everything is held in this little tiny spot in the middle. You’re on the outside trying to program access to it. We have a $10 laser pointer and a system to program a hologram with a computer, and then to read out, we just stick in a camera. It’s all there in front of us — we don’t have to do high vacuum, we don’t have to do low temperature, so it’s very accessible.

So your work is kind of democratizing access to quantum science?

Absolutely. A big part of this is to provide accessibility so that anyone can do quantum science and maybe even quantum computing.

You are working with a partner at Colorado School of Mines. How did that collaboration come about?

I work with Mark Lusk, a physics professor at the Colorado School of Mines. We met at a conference a couple of years ago, and we really hit it off with our shared research interests and complementary backgrounds. He had just been doing his sabbatical research on the theoretical side of optical vortices, and we had been working on experimental control and readout of optical vortices. And so we just had this instant synergy. We were both interested and had very different perspectives on the same topic.  And, we work really well together.

How will this grant impact your work? What doors could it open?

Normally when you get a million-dollar grant, half or more of it is going to purchase expensive equipment, but the power of our idea is that it’s inexpensive and accessible. Mostly, this money is to support people to actually do the research. So there will be lots of DU undergrads working on this with us. We are also bringing in a couple of new grad students, and I’m [hiring] a postdoctoral researcher too.

What does it mean to have a grant from the W.M Keck Foundation?

They are focused on funding big-picture projects that would really push the horizons of what’s possible, but wouldn’t be funded by traditional agencies. I hope I’ve communicated that this idea is ambitious to say the least. Quantum computing is a huge, huge challenge, so to say we are going to do it with a $10 laser pointer — a lot of people would just laugh at you. The idea of the Keck Foundation is that it fills in the gaps for projects that are really, really exciting but are maybe higher risk and don’t fit within the normal compartments of funding agencies.

How does Google’s recent achievement impact the future of quantum computing? 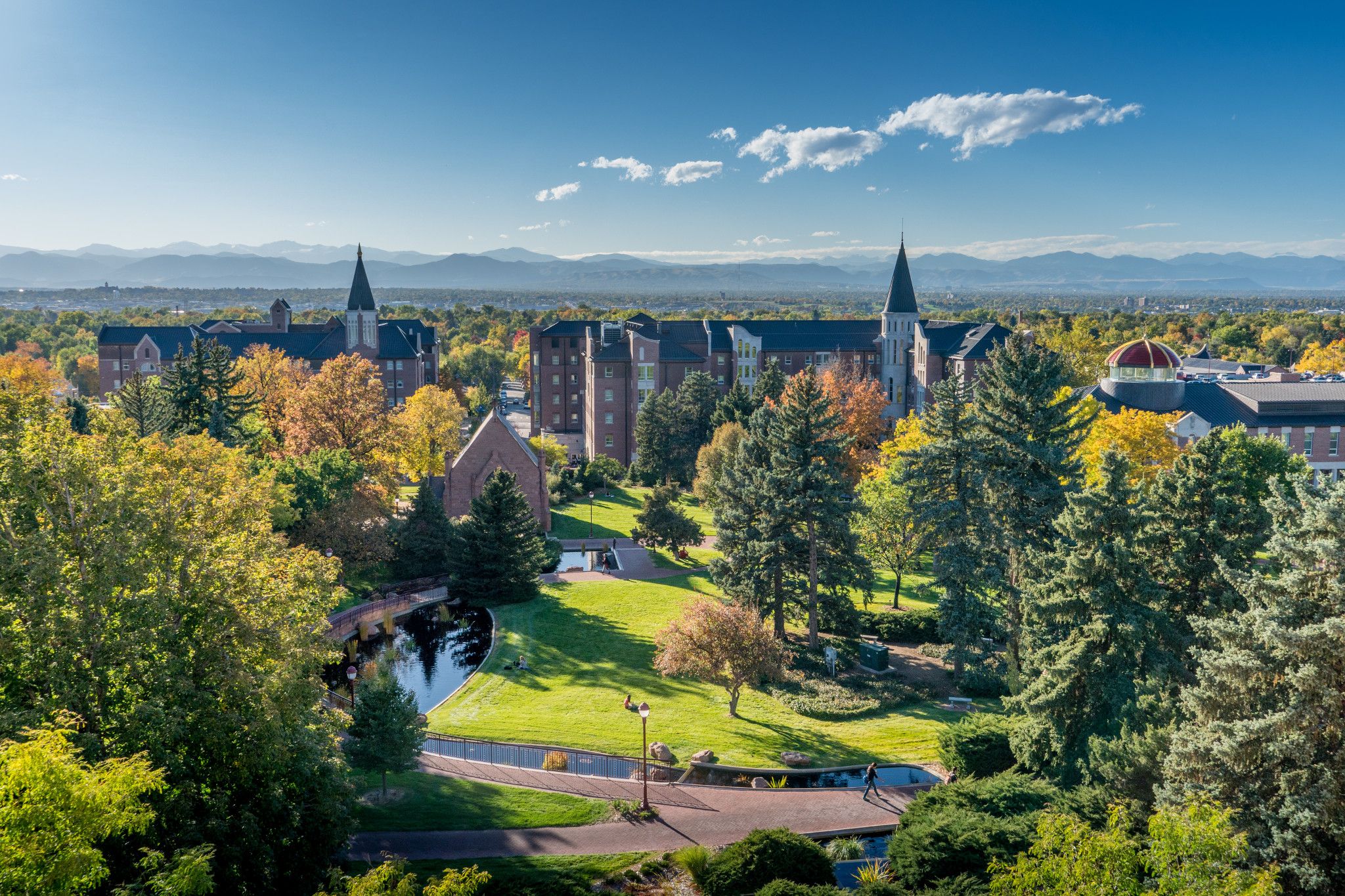