Ahead of his National Geographic Live talk, Boykins shares his insights 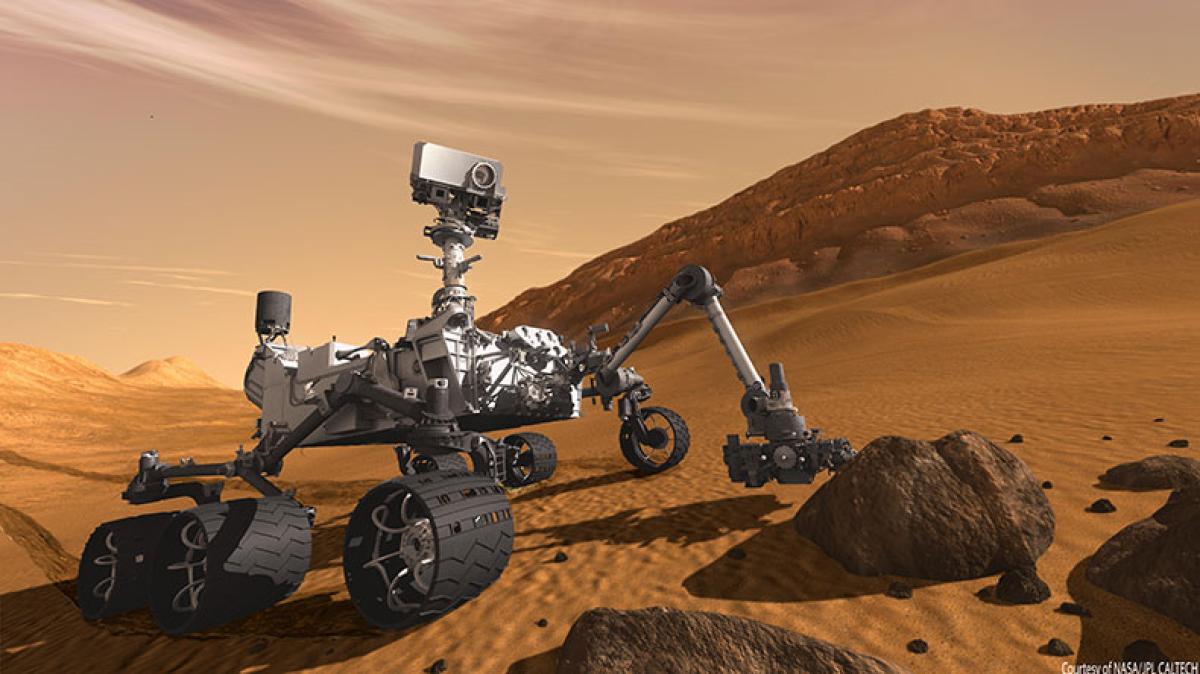 For most of us, faraway Mars is the stuff of science fiction. But for Kobie Boykins, mechanical engineer at NASA’s Jet Propulsion Laboratory, Mars is as real as Earth. He spends his days immersed in a landscape he’s never visited, as he engineers the tools that allow science on Mars to progress.

For more than 20 years, Boykins has chipped away at Mars’ mysteries, working on the exploration rovers Spirit, Opportunity and Curiosity. Each rover added to a better understanding of the engineering behind our explorations of our neighboring planet, where the average temperature is -81 degrees Fahrenheit.

Boykins will share his experiences “Exploring Mars” with a Denver audience on Thursday, Dec. 13, as DU’s Newman Center for the Performing Arts launches its inaugural National Geographic Live series. Ahead of the program, Boykins talked with the DU Newsroom. His remarks have been condensed and edited for clarity.

You’ve worked on Mars-related projects since 1997. Over that time, what has changed about our understanding of Mars and the types of projects we do to explore the plant?

We started off with this little rover called Pathfinder during 1996 and 1997. We were really just saying, is there a way to do mobile exploration of another planetary body? And that opened a lot of doors to how we could do exploration on the surface of Mars. Then comes the Mars Exploration Rover [mission] with the twin rovers in 2003 and 2004, Spirit and Opportunity. Their mission was to follow the water. Was Mars once a wet place? We now know through those two rovers that it was, and that starts the next set of questions. OK, if it was wet, could it support life? Did it have the basic building blocks for life? If it does have those, is there life there on Mars? Enter Curiosity.

There has been this continuous learning about the Martian surface, and as we have [learned more], we have changed the science goals of these missions.

The engineering isn’t significantly different. The challenges are the environment in which we land. The Martian environment is colder — significantly colder. Let’s say the average temperature in Denver is 0 degrees today. That’s a great day on Mars. … The atmosphere is different. The gravity is different. The physical laws are the same. Now, that’s after you’ve landed. There’s this whole scary piece of getting from the upper atmosphere to landing on the surface that is ridiculously crazy. … Just landing on the surface of Mars is actually quite the undertaking.

What questions do you hope we can still answer through engineering and these different vehicles?

We now know Mars was a very wet place. There was lots of water on the surface. It was probably warmer and had a denser atmosphere. That has changed. What caused that change, and can it happen here on Earth? I think that’s the most important question we will answer over the coming decades. On planetary scales, we are talking millions, tens of millions, hundreds of millions of years, but is that a possibility? And is there something we as human beings are doing to accelerate or to limit that from happening? … Those are things for us to understand as human beings so that we can preserve ourselves. 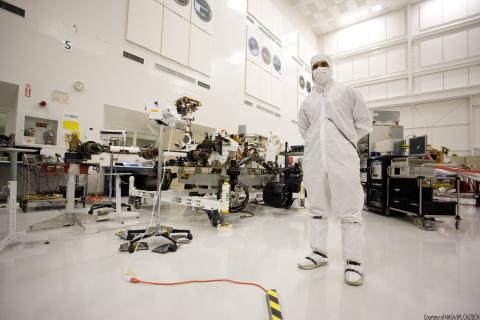 What is significant about the recent InSight landing?

What’s really interesting is [that] internationally, two-thirds of the missions to the surface of Mars have failed. Mars isn’t an easy place to get to, so just getting to the surface is a huge deal. And then the primary science — to see what’s going on interior to Mars — tells us another piece of that story about Mars’ change. Did Mars have a liquid core? How does Mars’ crust, mantle, the upper layers, react to the radiation environment and change in atmosphere different than here on Earth? And does that tell us anything?

What’s on the horizon? What’s the next avenue of exploration?

The next one is a rover mission called Mars 2020, so we will launch late in 2020. That would be to actually catch a sample and bring that sample back to Earth.

How do you see Mars figuring in the future of our species?

Mars is an interesting place to explore. It shouldn’t be considered a lifeboat for human beings. From my perspective, yes, we will use it as an outpost. [But] I don’t see us living on Mars. We have to figure out a way to protect our planet. People think we are going to occupy Mars, and that’s our place to live. No, that’s not real. What’s real is to learn from Mars what we can, so that we don’t do that here on Earth.

How does the reality of Mars and engineering for Mars compare to the versions we have through fiction and film, through, say, “The Martian”?

[Most] of the science [in “The Martian”] is actually pretty good. There have been some other ones that I’ve loved to see, like “Mars Attacks.” “Red Mars” was interesting, but we’ve never found any spores that excrete oxygen and make it so you can breathe on Mars. But, it’s great for movies, and it’s great to keep people interested. From that perspective, I’m all about it. I think the stuff that happens in popular media is great because it asks questions. Sometimes those things drive technology. Those science fiction movies actually become science fact.

For more information on the event, or to purchase tickets, click here.