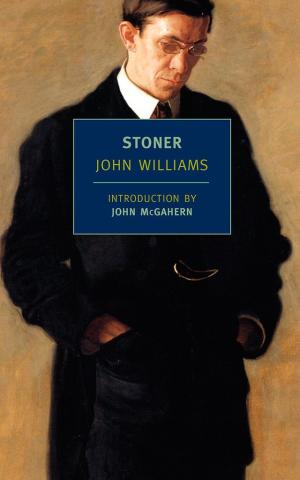 Chances are you won’t find it battling “The Great Gatsby” or “To Kill a Mockingbird” for shelf space at your neighborhood bookstore. But no less an authority than The New Yorker calls it “the greatest American novel you’ve never heard of.”

“This man needs his due,” Stitch says of Williams, who once directed DU’s creative writing program and who won a National Book Award for his 1972 novel “Augustus.”

With dispensing that due in mind, Stitch and another Williams fan, Sally Kurtzman, have collaborated with University College to stage a half-day “Stoner”-centric Zoom conference on Saturday, Oct. 24. Titled “The Undeniable Genius of John Williams: ‘Stoner’ and the Man Who Wrote the Perfect Novel,” the program showcases the late writer’s life and masterpiece, penned while he taught at DU.

Although she studied at DU while Williams was on the University’s creative writing faculty, Stitch qualifies as a new recruit to his fan club. “[Several] months ago, a good friend of mine said, ‘You have to read this book. It’s by [a former] DU professor.’ And so I did, and I was blown away by the writing,” Stitch says. “I thought the writing was transformative. It was incredible; it was so beautifully done in such lean prose. I got done reading it, and I could not forget about it.”

For people new to “Stoner,” the conference offers an immersive program that covers Williams’ philosophy of writing and the book’s artistic achievement. For “Stoner” fans, the conference provides the chance to mingle with and learn from scholars and writers who worked alongside Williams and from admirers tuned to his distinctive voice.

Look for keynote speaker Alan Prendergast, author of a celebrated Westword article about Williams, to offer a critical look at the “austere and subversive storytelling” found in “Stoner.” William Zaranka, a former DU provost who knew Williams personally, will speak about the novelist’s thoughts about his artform. Anne Marie Candido, who organized Williams’ special collection at the University of Arkansas, will reflect on the book itself and on Williams’ final months. And W. Scott Howard, editor of Denver Quarterly, will talk about Williams’ legacy related to DU’s highly regarded literary magazine.

And look for all the speakers to ponder this question: Just what makes “Stoner” the perfect novel? After all, that adjective isn’t tossed around cavalierly in literary circles. But according to noted critic Morris Dickstein, whose 2007 New York Times essay argued that “Stoner” merits the superlative, “Stoner” qualifies as “something rarer than a great novel—it is … so well told and beautifully written, so deeply moving, it takes your breath away."

Stitch, too, considers the book practically, if not completely, perfect. And it’s not the plot that merits her kudos.

“I have to think it’s the writing [that makes the book so astonishing], because the plot is fairly depressing,” she notes.

To say the least. In his 2010 Westword article about Williams, Prendergast distills the “Stoner” plot down to a single sentence: It’s “the story of an obscure university professor, a teacher whose life and career are steeped in disappointment and failure.” But with its restrained prose and compelling narrative arc, Dickson argues, “Stoner” reveals “why this unassuming life was worth living”: “This is the story of an ordinary man, seemingly thwarted at every turn, but also of the knotty integrity he preserves, the deep inner life behind the impassive facade.”

For all the critical claim it enjoys now, “Stoner” didn’t fare well when it was first published. It debuted in 1965, only to fall out of print a mere year later. In 2005, more than a decade after Williams’ 1994 death, New York Review Book Classics reissued the novel, which was then translated and published throughout Europe. To the surprise of even the book’s most ardent American devotees, it became a bestseller in the Netherlands, France, Italy and the United Kingdom. With the book’s cult following on the rise, rumor has it that a movie is in the works.

Stitch hopes that the Williams conference will give “Stoner” fans from far and wide a chance to learn more about the book and to revel in the pleasure it provides.

“You can tell when you’re talking to somebody who has read it,” Stitch says, “because they light up and they’re dying to talk about it.”