Research: Why Was Black Lives Matter So Successful? 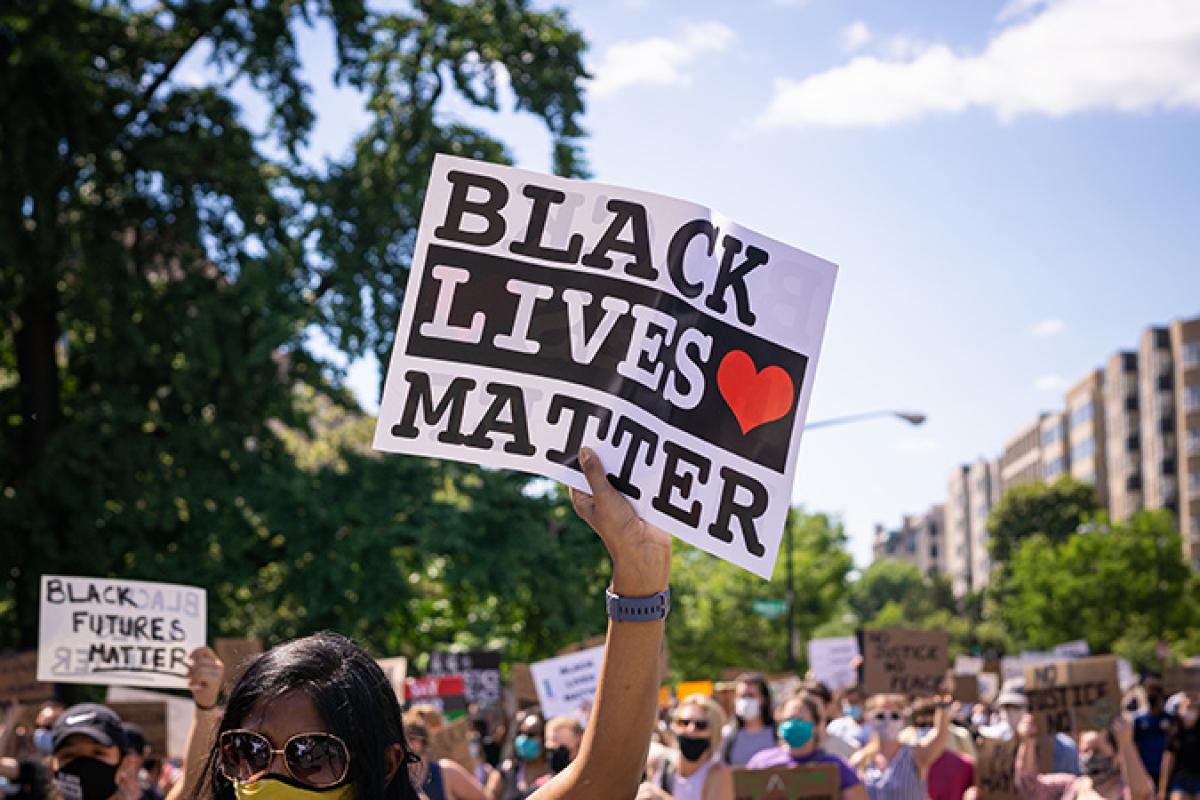 The summer of 2020 was not the first time activists marched in the streets of major U.S. cities, expressing their outrage over high-profile episodes of police brutality and demanding an end to racial inequities. Nor was it the first time that protesters pushed to reform police tactics or remove monuments to Confederate war heroes. Black Lives Matter — as a rallying cry and as an organization — had been around for years.

In her latest research, Gia Nardini, an assistant professor of marketing at the Daniels College of Business, asks the question: Why did the Black Lives Matter movement find success? And what can other social movements use to achieve their goals?

“It was such a tragic series of events,” Nardini says, noting the prominent deaths of George Floyd, Ahmad Arbury and Breonna Taylor. “But I think what made [this research] exciting is it’s easy to feel helpless. This paper made it feel like we could make a difference.”

Nardini’s paper, titled “Together We Rise: How Social Movements Succeed,” initially was focused on the fight for marriage equality and an examination of why some movements take off when others fall flat and how they turn “bystanders” to a cause into “upstanders.” After Floyd’s death in May, however, Nardini and her team realized they had a rare opportunity to pivot to a moment playing out before their eyes.

An expert in consumer behavior, Nardini built upon research she conducted on social entrepreneurs, examining how their organizations grow. The same psychological lens, she realized, could also be applied to social movements.

“We would think that consumer psychology affects sales,” she says. “But can it also affect human well-being or human understanding? Those are areas where it may not be evident right away, but that’s where you might be able to make a difference.”

The differences between movements that succeed and those that fail boil down to a few key factors, Nardini found. The most effective, she discovered, are campaigns that start small and locally. Numbers are important, her paper notes, but the quality and depth of the participation matter just as much. When members feel connected to the movement’s cause — and one another — it is easier to grow.

To secure commitment and connection, Nardini says, storytelling and humanity must be prioritized. Because people can be motivated by emotions both negative (anger, despair) and positive (hope, altruism), movement leaders must strike the right balance with their messaging. “You don’t want to make people super angry or super sad,” Nardini explains, “because it may just lead them to feel helplessness.”

At the center of any successful movement, the study found, is a core group of unselfish, collaborative organizers — a group Nardini describes as “leaderful.” That was especially true in Black Lives Matter.

“Their leaders are able to empower others,” Nardini says. “They were in the trenches. I think they put their money where their mouth was really well, motivating other leaders to lead their own communities. They recognize the power of local communities and they empowered those communities.”

Additionally, her research shows, activists need to massage relationships between groups that may seek the same end, but through different means. Not everybody has to agree on strategy, but organizations have to find a way to coalesce, grow and achieve their goals together.

“We make the case that you don’t necessarily want to go for a policy change right away, [or try to] change laws, talk to people at the top,” she says. “Instead, try to motivate people at the bottom. I think it’s easy to feel demotivated by a lack of progress or how slow progress is. If you can check these boxes, you have a good chance for social change to succeed, but I think it’s important to recognize how long the process could be or how arduous it might be as well.”

The key for sustaining momentum in the Black Lives Matter movement will be keeping people involved and inspired, Nardini says. She hopes that her paper, in addition to benefiting consumer psychologists like herself, can help activists plot their next steps and refine their tactics.

“We do have a unique lens in understanding why people do what they do, so I think we can really help understand phenomena like these, but we need a lot more work in this space,” she says. “I hope that [this research] inspires people in general that we can make a difference, we can be part of the solution, and maybe we can inspire people to take a stand for something we believe in.”