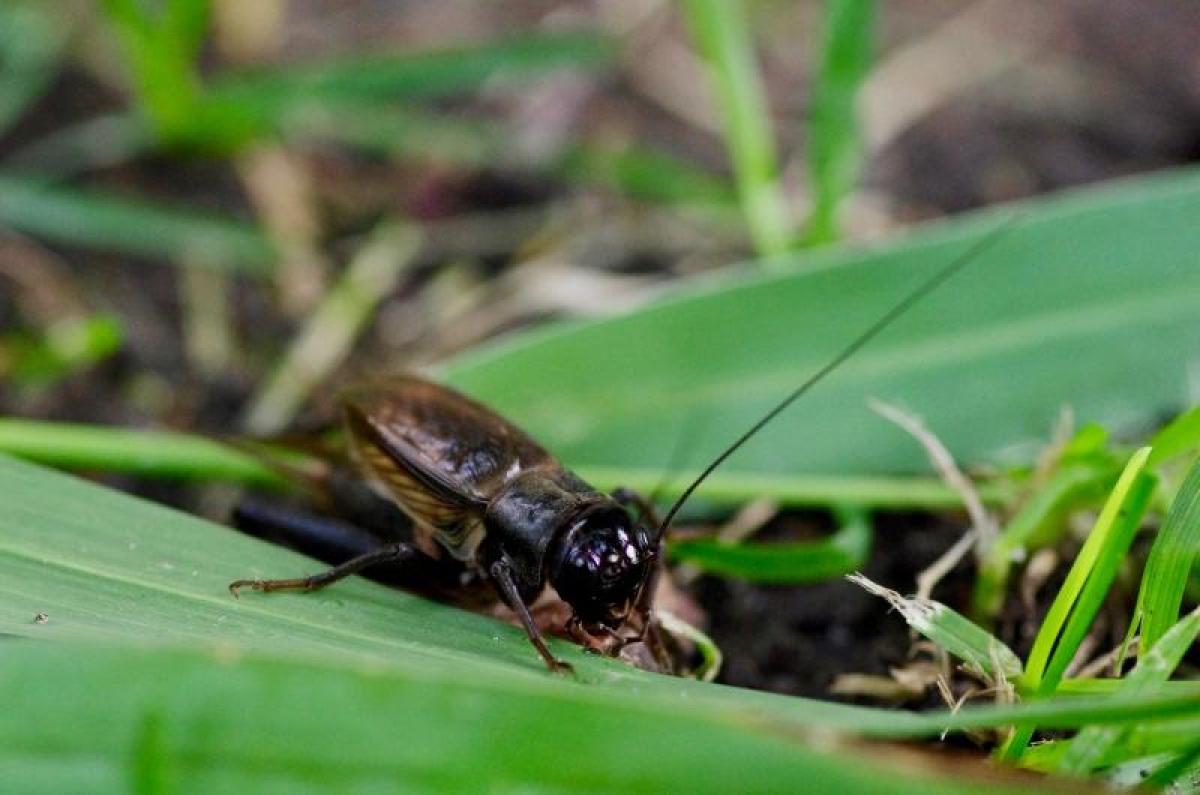 In the nearly two years since Robin Tinghitella, an assistant biology professor at the University of Denver, discovered a new mating signal among crickets, the scientific community hasn’t dared look away, for fear they’d miss evolution in action. Most recently, Tinghitella’s work caught the attention of the National Science Foundation (NSF), which awarded her its prestigious Faculty Early Career Development Program award – CAREER for short.

Back in May 2017, Tinghitella visited Hawaii’s remote Kalaupapa National Historic Site, where, nestled in a tiny patch of grass, she discovered a group of crickets who had forsaken their familiar chirp and instead made a call similar to a cat’s purr. Since then, Tinghitella has spent months observing the “crick-cats” working to decode this evolutionary mystery.

Unlike most grants, the CAREER award is designed to champion pre-tenure faculty in a holistic way. In addition to submitting a research plan, CAREER hopefuls must include an education plan — a requirement aimed at seamlessly integrating a faculty member’s two demanding roles.

“The goal of the program is really to support early career faculty who can serve as academic role models through their innovative plans that really integrate research with education goals that they have,” Tinghitella says, noting that she has long been working toward the CAREER grant through both her research and her interest in community outreach.

Participants of the program, which she hopes will kick off in spring 2020, will also have the opportunity to join Tinghitella’s team in Hawaii, where they will participate in research, work with Native Hawaiian community college students and perform community outreach. Students also will have the opportunity to work alongside participants in Tinghitella’s summer program, DU Sci Tech, aimed at making STEM more accessible to young, female minority students.

In addition to its education aspect, the CAREER award will allow Tinghitella to hire new team members and visit Hawaii every six months over the next five years to follow the evolution of the crick-cats’ new mating signal. “We can track real-time evolutionary changes in our populations of purring crickets for the next 20 generations,” Tinghitella says. “We'll track changes in the new male signal and how females are responding to that signal, which is a really important thing to be able to do, because it will give us a window into the very earliest stages of the divergence of mating signals.”

The team will keep an eye on the interactions between the purring crickets and the parasitoid fly as well. The fly locates male crickets through their traditional chirp and then sprays its larvae on them. The larvae burrow into the cricket’s body cavity, essentially eating them from the inside out. Tinghitella suspects the purring evolved as a way for crickets to escape that fate.

Tinghitella’s CAREER award is one of nine DU has received, and the first to be awarded to a faculty member in biology. One of DU’s earliest CAREER recipients was Andrei Kutateladze, now dean of Natural Sciences and Mathematics. Kutateladze says he is proud to see the prestigious award continue to make an impact at DU.

“This high-profile award speaks volumes to the credibility of our faculty as true leaders in the national arena and raises our visibility. There is also a specific aspect of this program which affects us and affirms professional values. We are cultivating the teacher-scholar model that we believe is in DU's DNA,” Kutateladze says, adding that this emphasis supports the division’s implementation of the University’s strategic plan, DU IMPACT 2025. “In this context, an NSF CAREER award to one of our faculty reassures us that our faculty can be both great researchers and wonderful instructors and mentors.”

Join Robin Tinghitella at 6:30 p.m. on Monday, March 11 at Blake Street Tavern for a "Cafe Scientifique" discussion on her discovery. Learn more here.