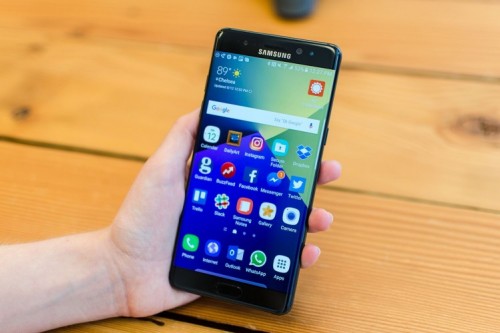 If you’re the owner of Samsung’s new Galaxy Note 7 smartphone, then the old adage, “where there’s smoke there’s fire,” is more than a general truth — it’s become a frightening reality.

Since reports first surfaced about the devices overheating and catching fire, Samsung has recalled more than 2.5 million units — 1.9 million in the U.S. alone. The South Korean manufacturer, which issued replacements for affected phones, realized quickly that the firestorm had also spread to the replacement devices. Samsung, which has attributed the issue to faulty batteries, announced Oct. 11 that it was ceasing production of the Note 7.

The Consumer Product Safety Commission (CPSC) says that Samsung has received 92 reports of the batteries overheating in the U.S., including 26 reports of burns and 55 reports of property damage, including fires in cars and a garage. One customer even reported that his Note 7 caught fire while aboard a Southwest Airlines flight. CPSC was able to seize the remains of the phone via a subpoena.

While Samsung has generally been quick to address the situation, the massive recall comes at a time when Apple, with the iPhone 7, and Google, with its new Pixel phone, are looking to gain ground with consumers via their latest smartphone rollouts. After all, Samsung’s smartphone business is the global leader, with a market share of 23 percent in the second quarter, according to the International Data Corporation (IDC).

The question now becomes: can the Samsung brand recover, and will consumers be hesitant to return to what may be a tarnished image?

Aimee Hamilton, assistant professor of management in the Daniels College of Business, says Samsung’s past record of manufacturing reliable devices that have generally been met with positive reviews from consumers may be its lifeline. Regardless, there will be some who approach Samsung’s future smartphones with caution and skepticism. 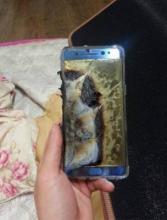 “The Galaxy Note 7 recall is a critical moment in Samsung’s history. A big question is whether customers will judge this product failure to be in character for Samsung or not in character,” says Hamilton. “So far, customers seem to be viewing this as a one-off event, so the damage appears still to be limited and hasn’t spread much beyond the Note 7 product. Plus, Samsung’s other products, even other Galaxy phones, have been fairly reliable and have established some reputational goodwill that may help buffer the company from this current controversy. But customers will now be watching closely and evaluating what comes next.”

Other factors that could affect the brand is how they handle this particular recall, as well as all communication surrounding it, according to Kerry Plemmons, professor of practice in the Daniels College of Business.

“Samsung seems to be at a brand tipping point where they can emerge with some financial damage but with their brand intact,” says Plemmons. “Or, if they screw up this recall, they may have severe brand as well as financial damage. I think they are on the right track right now and will need to over communicate as they move through the next few weeks.”

While some customers may switch to competitors, Samsung is hoping this recall is an isolated event. In an effort to retain as many customers as possible, the company announced it is offering a $100 credit to those who owned a Note 7. The credit can be used toward the purchase of any Samsung phone.

Fortunately for Samsung, sales of its Note line account for less than 10 percent of its smartphone sales, according to IDC. Ultimately, however, the future of Samsung’s image as it relates to smartphones rests with its biggest stakeholder — consumers.