Smart Leads Ski Team in Pursuit of Next Title 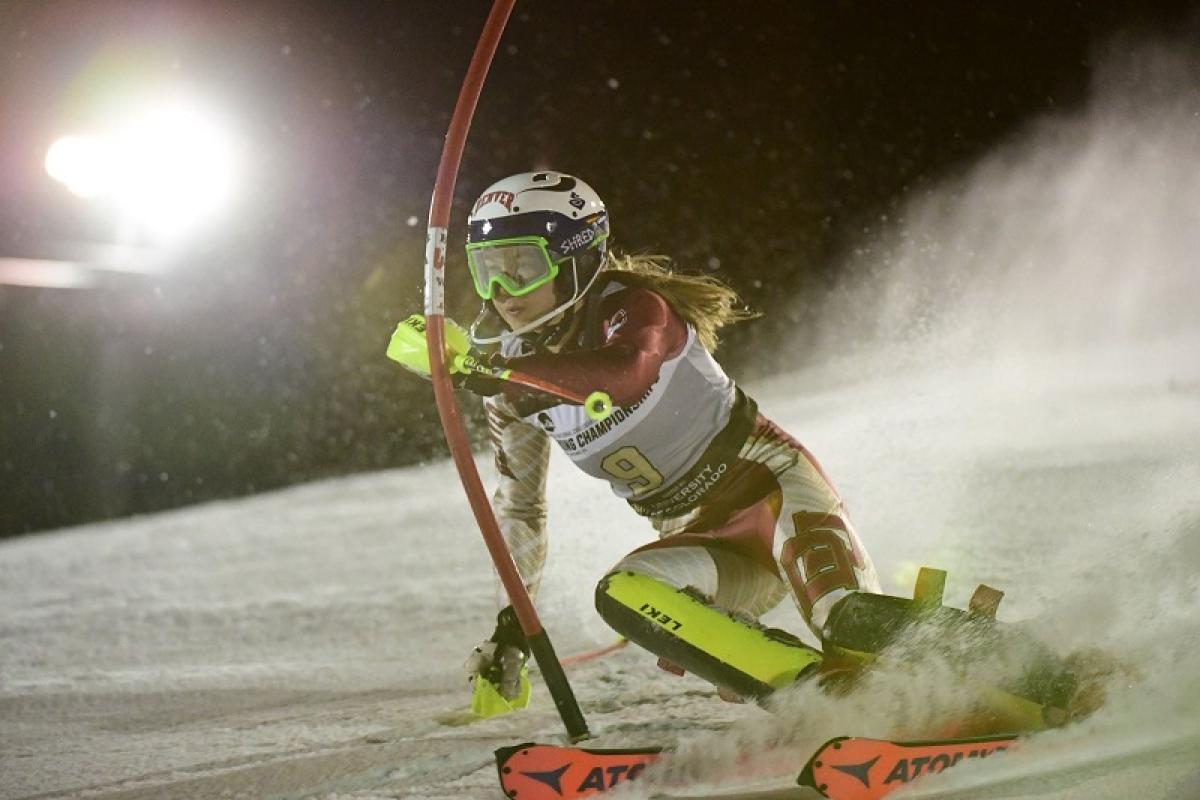 Standing at 8,000 feet, readying to plunge herself down the trail appropriately known as “All Out,” first-year student and ski racer Amelia Smart had a strange sensation.

The native of British Columbia skied faster than any other woman that day; 58.51 seconds later, Smart stood below the giant slalom course, an NCAA national champion. 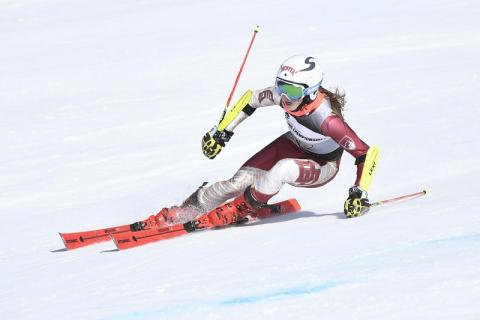 The tails of her Atomics whisked the Pioneers to their record 24th team title in March. With one trophy in her pocket, she sped to victory in the next day’s slalom race. That made for two individual championships, which she describes as “a shock, honestly,” after just six months at DU.

Her head coach shared that shock.

“I did know that I had a hard-working, intelligent, talented and caring individual to work with,” says alpine head coach Andy LeRoy. “I honestly had no idea she would turn out to be this good.”

And with a bumpy start to the season, there was no reason to anticipate Smart’s end-of-year results. She was losing by wide margins on a regular basis.

But Smart trained harder, her coach says, the first one on the practice hill and the last one off, never hesitating to ask for help. Most impressive, LeRoy says, was the strength of her character, even as she struggled to get on her game.

By the end of the season, she was atop the NCAA podium, not once, but twice.

“I hadn’t been skiing very fast in giant slalom for most of the season, so when I won the GS the first day, I was so surprised,” Smart says. “I think the excitement from that day just carried over to the slalom, and then I was just super stoked to have been able to ski fast that day as well.”

The accolades cascaded in after that. She was named athlete of the year by the US Collegiate Ski Coaches Association, the Rocky Mountain Intercollegiate Ski Association and the Colorado Snowsports Hall of Fame.

For the forthcoming season, Smart headlines a talented, title-defending roster that features 18 returning skiers, six freshmen and one transfer.

“We brought in some great talent with this year’s recruiting class,” LeRoy says. “I have been excited to see them work, and I believe we will be strong when it matters the most.”

The Nordic team is focusing on sea-level racing, according to head coach Dave Stewart. Many of the team’s events will take place at a lower altitude, culminating in March with the national championships in Stowe, Vermont.

As a sophomore and two-time champion, Smart will have her opponents’ full attention by the time the team heads east for the season finale.

Her attention, meanwhile, is on improving her own skiing, enjoying the team environment and helping her squad prevail once again.

Her coaches say she embodies the team’s spirit. “Our team loves working together toward our big common goal of earning another NCAA Championship,” Stewart says. “So we will be looking to develop through the winter with [title number] 25 as our target.”

DO YOU BELIEVE?! The freshman Amelia Smart goes back to back in 2018 and takes home the women’s slalom title!#DU1NATION 🏆⛷ #NCAASki pic.twitter.com/rX7o2se1uW