Solace From Seed: An Archaeologist Examines the Gardens of Amache 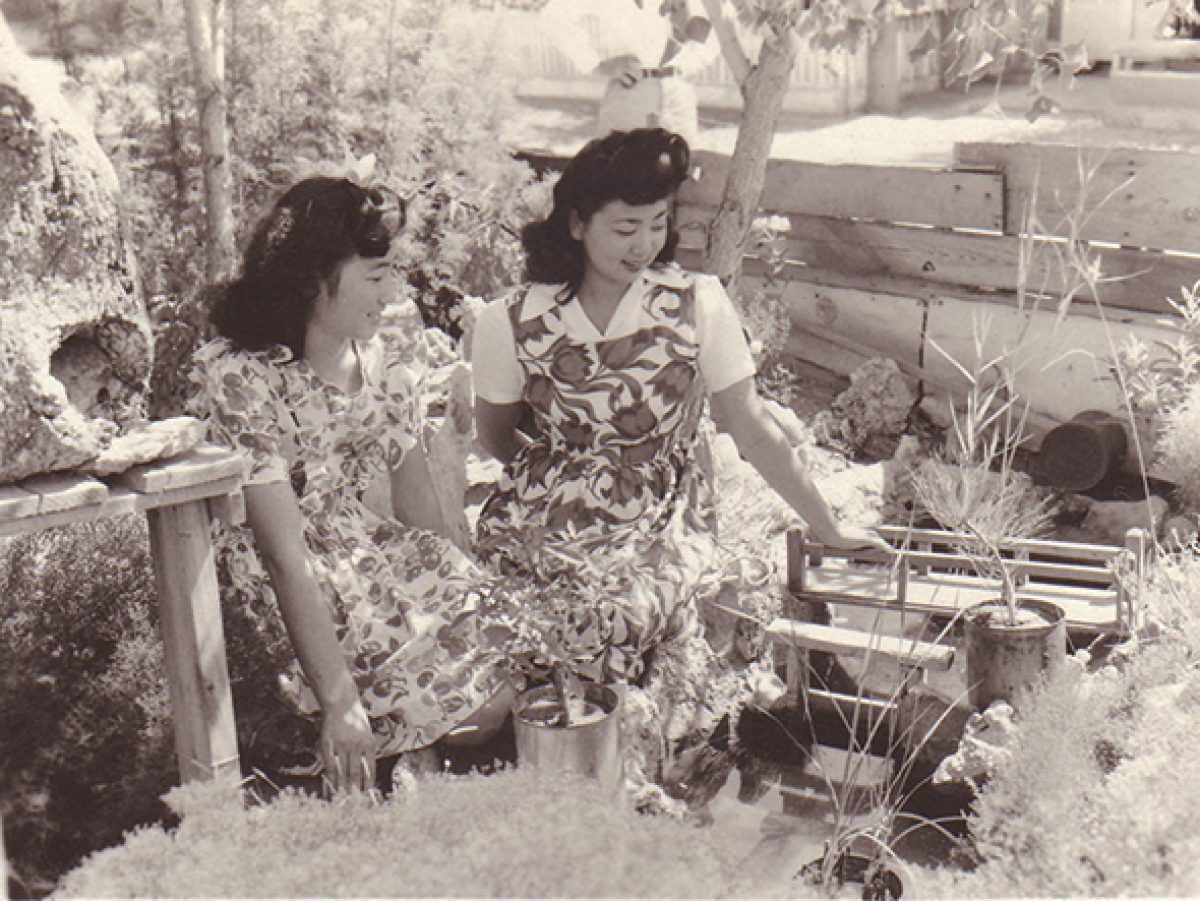 This article appears in the spring issue of the University of Denver Magazine. Visit the magazine website for bonus content and to read the article in its original format.

University of Denver professor Bonnie Clark specializes in landscape archaeology. Since 2008, she has operated an archaeology and collections field school at Amache, a WWII internment camp for Japanese Americans located near Granada, Colorado. Amache housed over 7,300 internees from 1942–45. After the war, agriculture areas were sold or leased to local farmers and ranchers. The 1-square-mile central part of the camp, made up of 29 blocks of Army-style barracks, was sold to the Town of Granada. In 2006, Amache was designated a National Historic Landmark.

Clark’s latest book, “Finding Solace in the Soil: An Archaeology of Gardens and Gardeners at Amache” (University Press of Colorado, 2020), describes how gardeners cultivated community in confinement. In this interview, conducted by email, Clark talks about the variety of gardens found at the site, the creative use of limited resources and the importance of gardening during times of uncertainty.

Please describe the types of gardens you’ve discovered at Amache.

Throughout the barracks blocks where the Amache internees lived, we consistently find three kinds of gardens. Entryway gardens flanking living-unit doorways are the most common. Sometimes these are simple—a tree outlined in stone, for example — but sometimes they are very elaborate, like those that use traditional design techniques such as miniaturized or stylized landscapes. Ornamental gardens in public spaces [are a second kind.] Sometimes these center on water features, but more frequently they incorporate tree alignments. Trees are critical because they provide shade in a part of Colorado where summer afternoons are often in the triple digits. Finally, we have discovered many vegetable gardens, which during World War II were part of the global phenomena of “victory gardens.”

Internees were innovative in their use of limited camp resources to create their gardens. In what ways did they incorporate these limited resources?

There’s a wide variety of techniques we have documented. Something really common was for gardeners to incorporate concrete pieces that were byproducts from when the barracks foundations were poured. They also transformed other kinds of trash into garden features, like using broken water pipes as planters. Internees also found beauty in nature around them, whether that was native plants or stones found during their work away from Amache. We find these natural resources brought into camp and placed or transplanted in many gardens.

You’ve mentioned that the most interesting discovery is how people amended the soil in their gardens.

Over half of those interned at Amache made their living growing things before the war. They were experts at cultivation, and many had experience farming in soils that were fairly similar to the organically poor sandy soils on which Amache was built. By consistently analyzing the chemistry of the soils we excavate in gardens, and by comparing it to non-garden soils, we see that most gardens retain a significantly higher level of nutrients good for growing plants, like nitrogen and phosphorous. By paying attention while digging and sorting through all the little bits we recover, and talking to camp survivors, we’ve been able to identify some of the ways internees [amended] the soil. It appears they were composting mess-hall foods, grinding up fish parts, incorporating bits of iron and even transporting soils from the Arkansas River, which is near, but outside of, camp.

The town of Granada acquired the central camp after the war. What condition was the camp in when you began your research?

The first time I visited the camp was in 2005, the year before it became a National Historic Landmark. Like all 10 of the War Relocation Authority (WRA) confinement sites, most of the buildings at Amache had been dismantled, but many of the concrete building foundations, hundreds of trees and other evidence of gardens, and many fragmentary discarded or lost objects remained on site. Since the war, there had been minimal disruption caused by cattle grazing, but certainly much less impact to the site than full-scale agriculture has caused at many of the other WRA sites. Currently, the site no longer is being grazed, and several of the historic structures have been either returned and renovated or rebuilt, including the historic camp water tower, a guard tower, a barrack building and a recreation hall.

How important were the gardens to the internees’ emotional and physical well-being?

Japanese philosophy toward nature and gardens converges with findings from horticultural therapy in compelling ways. Together they suggest that gardening was a practice uniquely suited to contribute to the resiliency of the Japanese Americans confined in all camps during WWII. At Amache, we are really lucky to have such good physical integrity of the gardens that we can rediscover so much of the strategies and energies they put into these gardens. They reveal so many compelling ways gardening connected people to each other and to nature.

Absolutely! Right now, we are all experiencing uncertainty that has some family resemblance to that experienced by Amache internees. It is unclear when, how or if our lives will return to normal, and yet nature continues its reassuring daily and seasonal cycles, something that gardening can help us tap into. In fact, last year saw an explosion of home gardening as many people discovered the nutritional, physical, psychological, and for some, spiritual benefits of gardening during times of uncertainty. Inspired by the growth of home gardening and my Amache research, I taught a class last fall on the anthropology of gardening that my students and I just loved. I’m looking forward to building on that class during my sabbatical next year. I hope to help our university community and the broader public better understand how, just like Amacheans, we can find solace, community and sustenance through gardening.