The Sorrow and Defeat of Watching the Taliban Reclaim Afghanistan 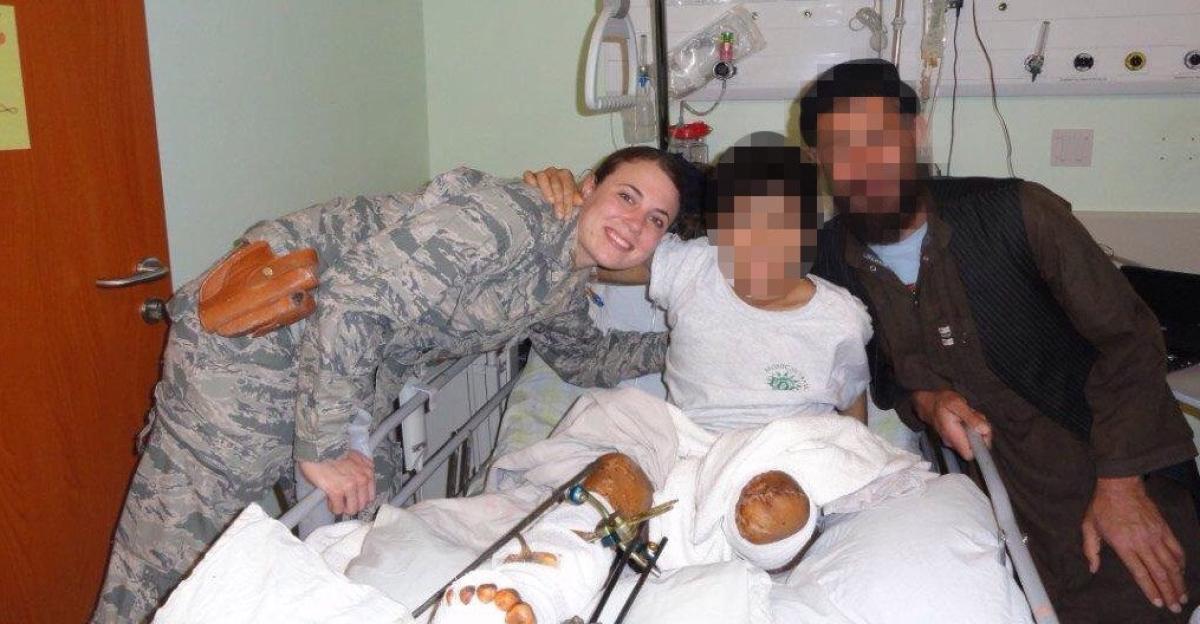 This essay is written by Jen Burch, a full-time student at University College who will graduate in November with a bachelor’s of arts in global studies. She spent more than six years in the U.S. Air Force, and since medically retiring in the fall of 2014, she has dedicated her time to advocating for the veteran community. She lives in Washington with her fiancé and her pup, Apollo. This piece was originally published in The War Horse.

I thought I saw the worst of war as I carried patients off the helicopters into triage and as I tended to their wounds.

I saw the worst of war when a U.S. soldier lifted his arm in the air looking for someone to comfort him as he was bleeding out. I looked at the doctor to see if I could leave my position and hold his hand. I knew he probably wasn’t going to make it. Without speaking a word, the doctor nodded.

I held the soldier’s hand so tightly. I looked into his green eyes and told him he wasn’t alone. I told him he was loved. I told him I wasn’t going to leave his side. His grip tight around my hand — his eyes holding mine — pierced my heart and soul. His grip started to weaken, and his eyes began to fade.

“It’s OK to let go,” I told him — that he wasn’t going to suffer and that he was going to a better place and that everything would be okay. He took one last breath, and he went to that better place. And I wondered what that place looked like, I wondered who his family was; I wondered, when the forever wars finally ended, what he would have done. He died believing he sacrificed his life so the people of Afghanistan would eventually have peace, that it was for something greater. What would he and his family think today while watching the news unfold in Afghanistan? 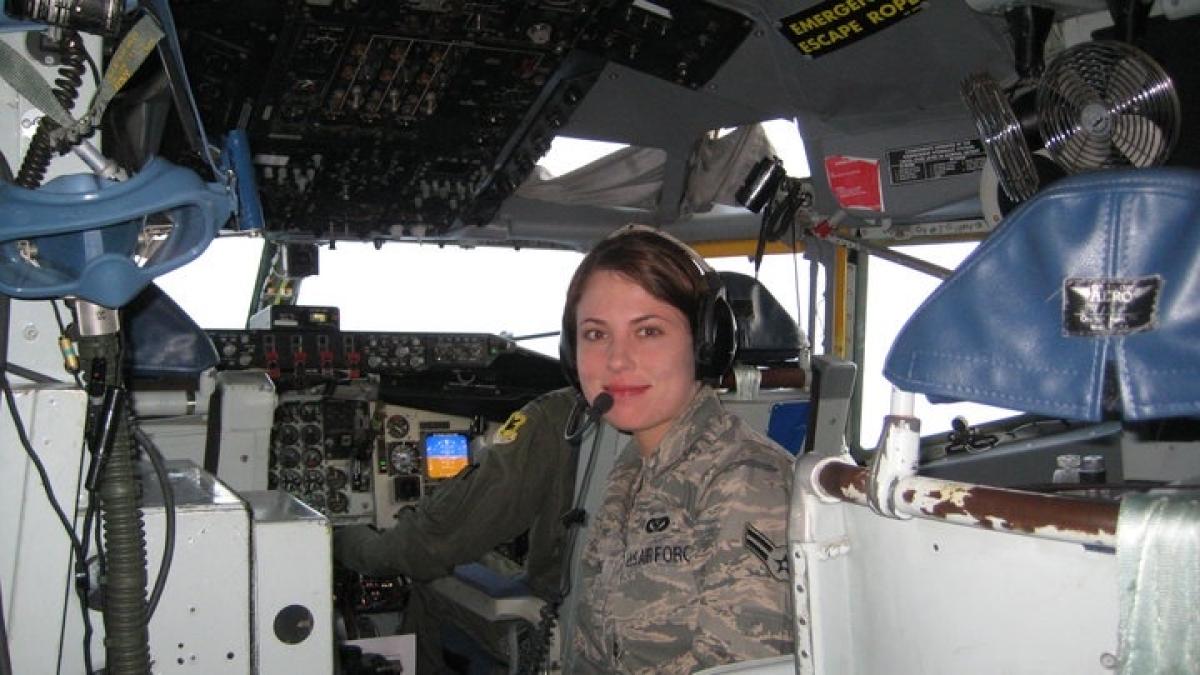 Jen Burch on an Aerovac mission to get hands-on experience as she studies pre-med. The training proved helpful when she deployed to Afghanistan and volunteered at Role 3 Multinational Medical Unit at Kandahar Airfield.

We all knew this withdrawal wouldn’t be easy, even then, even as I watched him slip away. Still, we didn’t realize 20 years of war in Afghanistan would end in an overnight exodus of American forces and the downfall of an emerging nation, which now finds itself back in the hands of the Taliban—the same as it was on Sept. 11, 2001.

In our quest for vengeance, we rushed into war before we knew what we were getting into with the Taliban and Al Qaeda. Politicians and generals made decisions primarily in the pursuit of killing or capturing Osama bin Laden. When he was finally killed May 2, 2011, that hunt ended, and we entered purely a nation-building effort. To paraphrase Secretary of State Colin Powell, we broke it, so we had to buy it because of a perceived moral obligation.

The U.S. military and its allies have worked together over the last 10 years to train the Afghan National Army so that when the day came for allied and U.S. forces to withdraw, the Afghans would be able to defend themselves against the Taliban.

But we did not develop a long-term strategy with enough flexibility to achieve an end state that benefited both the United States and the people of Afghanistan.

Instead, we set an artificial, and strategically hollow, goal to withdraw all troops by the 20th anniversary of Sept. 11. The anniversary, and the end to America’s war in Afghanistan, have morphed into convenient bookends on a historian’s shelf somehow symbolizing the beginning and conclusion of America’s war on terror, a war which arguably has no real end, even now.

By merging the beginning and the supposed end, we diminish the significance of the lives lost then and after, and leave those who fought in Afghanistan over two decades confused about the true utility of their sacrifices.

It leaves us to believe that the endeavor was one of sorrow and defeat. 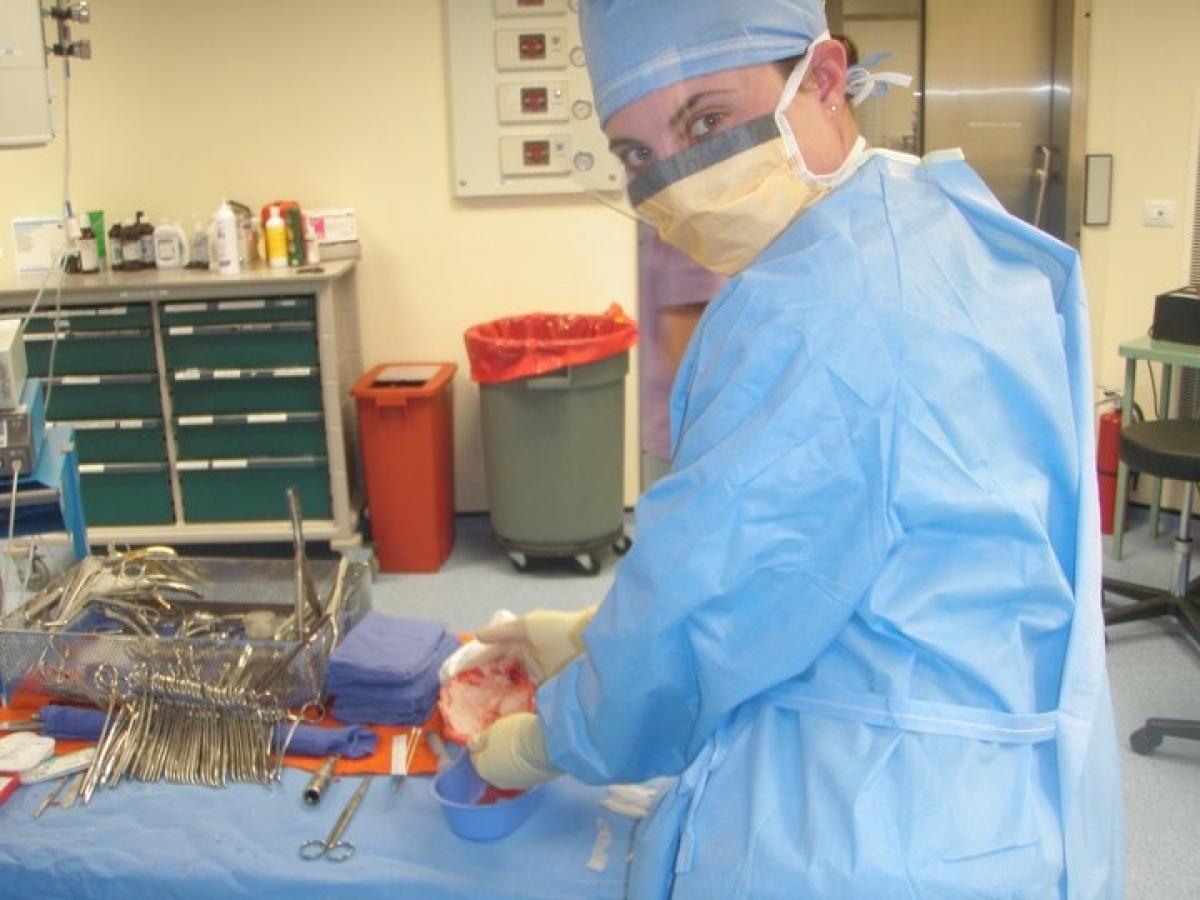 Jen Burch assists with a craniotomy performed on an Afghan man who had been shot in the head and survived.

Despite our best efforts, the terrorists won. It leaves us questioning the why of it, just as veterans have in generations past: Why did our sons and daughters and friends die? Why did service members and their families go through deployment after deployment? Why did spouses and parents become caregivers to their grown children after horrific injuries? Why do so many of us face nightly dreams about how we could have saved each other?

In 2001, I was in a ninth-grade biology class about 30 miles from the Pentagon and a few miles from Fort Meade in Maryland. Our school went into lockdown, and we sat waiting to hear what was happening. After we were released early from school, I went home and turned on the news, and I saw what had happened. I wondered if this meant the United States was going to war and what that would mean for my community. Nine years later, I would deploy to Kandahar, Afghanistan, and see the best of humanity and the worst of war.

When I wasn’t working my assigned military job with a civil engineering unit, I volunteered my time with the trauma team at Role 3 Multinational Medical Unit at Kandahar Airfield, the trauma hospital. It was there that I saw the worst of war, but it’s also where I connected with the people of Afghanistan—primarily children and their fathers. We treated many children who not only had wounds caused from war, but other nonwar ailments, such as gangrene, burns, and broken bones that had healed improperly.

I witnessed the resilience these children had while believing I provided hope that they would heal and one day have a better future.

I vividly recall a teenage boy who was one of the many innocents affected by the indiscriminate nature of the improvised explosive devices strewn through the land. He lost a leg and suffered gruesome injuries to his other leg. After assisting with his surgery, I visited him in the ICU, a sectioned-off part just for Afghan children. He always smiled, never complained, and said the kindest words. I remember talking with him on several occasions, and on one, he told me how grateful he was for us and our efforts. Despite his injuries, he held faith that one day the war would end, and that he and his family would have peace. He was determined that losing his leg wouldn’t hold him back from building his life.

I also met his father. Traditionally, Afghan men are hesitant around women and most don’t want interaction. But his dad gave me a hug that warmed my soul. He was thankful that we took care of his son and saved his life. I’ll never forget how that felt.  Through all my tough days, I would remember that interaction and feel like it made everything worth it.

Jen Burch with a boy who had lost his leg after being hit with an improvised explosive device and the boy’s father at a military hospital in Kandahar, Afghanistan.

Today, I wonder where the teenaged boy is. He would be in his mid-20s now. Is he still alive? Is he safe? Does he have a family of his own now? I wonder if he feels as though this withdrawal took away the hope he once held for his country.

Today, the hope I once had has blown away like the seeds from a dandelion, only the wishing seeds have turned into seeds that grow only sorrow. The frustration weighs me down and leaves me feeling helpless about the future of the people of Afghanistan. As people flee the country and their world is again torn apart, I want to rush in to help the people we promised a better future. For the past 20 years, Afghan villages have been caught in the crossfire of war and peace, and now peace feels as if it fades quickly.

Instead, I watch the news. I listen to the radio. I obsess over social media. I see announcements about no interim government and Afghan emirate states and peaceful takeovers and burning documents and American flags down and gunfire. Journalists on rooftops and Afghan families with two suitcases and embassy workers operating out of the airport. My fellow veterans issue opinions: We knew it was coming. We thought it could be better. We thought we were helping. We made friends. We built relationships. We built schools and handed out soccer balls and mended wounds.

Will all Americans living and working in Afghanistan make it out in time before the Taliban gets to them? Will all the interpreters and their families that risked their lives, their children’s lives, to help us these past 20 years, because they wanted peace so that their children had a chance of growing up in a better place, will they make it out alive? Why did we wait until the end to take care of them? Why wasn’t a better plan in place these past years to get them to safety, to get them to America, so they could live in peace and have freedom for the first time in their lives?

I watch and I pray for their safety, and I know it won’t be enough.

I thought I had seen the worst of war. I couldn’t have imagined the aftermath, the moment when we would pull the bullet from the artery in which it was lodged, and we would watch, with no plan to stop it, as the blood rushed out across a country.

We would watch from a distance, helpless.