After one semester, clinic has succeeded with all its cases

Last fall, an inaugural group of seven Sturm College of Law students got a firsthand look at the challenges and nuances associated with the United States’ immigration system. As participants in the Immigration Law and Policy Clinic, led by professors Christopher Lasch and Robin Walker Sterling, students put their classroom education to the test in the courtroom, defending non-citizen clients throughout Denver.

“At Denver Law, we’ve wanted to have an immigration clinic for a long time, and it’s been a focus of the faculty for a while,” Lasch says. “We’re in a community that has a great immigration advocacy and powerful nonprofit presence, but there’s still lots of work that can be done.”

Allison Crennen-Dunlap, a law student who participated in the clinic last semester and has continued with her work this semester, said that most of their cases involve clients detained in the nearby Aurora Detention Center, which currently holds about 1,500 people. “A huge majority of detained migrants go without legal representation,” she says. “They’re incarcerated, essentially in a jail, and most of them won’t have an attorney even though their liberty has been taken away and they’re facing potential deportation.”

That’s where the clinic steps in, with the law students representing clients who otherwise wouldn’t have a lawyer. Most of the cases involve advocating for clients to be freed from immigration detention, or trying to prevent a client’s deportation in a removal proceeding. Although the work is challenging and complex, Crennen-Dunlap says, “being able to work with clients, learn from them and hear about their stories has been incredibly rewarding.”

Kristi Englekirk agrees. Last fall she represented a father and his teenaged daughter who had lived in the United States for more than 17 years

before they were detained by ICE. “Our clients’ case went back 15 or 20 years, so going through their record alone took a long time, and then we had to dig through the immigration statutes to figure out what we could use to help them.”

Englekirk and her fellow students were ultimately successful, and the pair was freed after more than two months of detention. “Working in the immigration clinic reinforced the importance of narrative and making sure the system sees the humanity in your client,” she says.

Both Crennen-Dunlap and Englekirk say they learned more about practicing law in the clinic than they had studying hypothetical cases in the classroom. “While working in the clinic, I felt like I was working full time as an attorney,” Crennen-Dunlap says. “I was able to put all of my efforts into representing clients who I knew would otherwise not get any representation, but doing so under the supervision of other attorneys who really knew their stuff.”

Lasch agrees and says that the clinic offers a completely new way for students to learn and process information. “Everything is different when you’re actually representing a client for whom you feel responsibility and want to do the best possible work.”

To their credit, Lasch adds, the students have worked hard, and that shows up in the clinic’s record. “All of the clients we represented in detention last semester are no longer in custody,” he says. “When the students found themselves representing someone who was in custody and were responsible for trying to change that, they put in as many hours as needed.”

Below: Students in this semester's Immigration Law and Policy Clinic meet with members of the Mexican Consulate 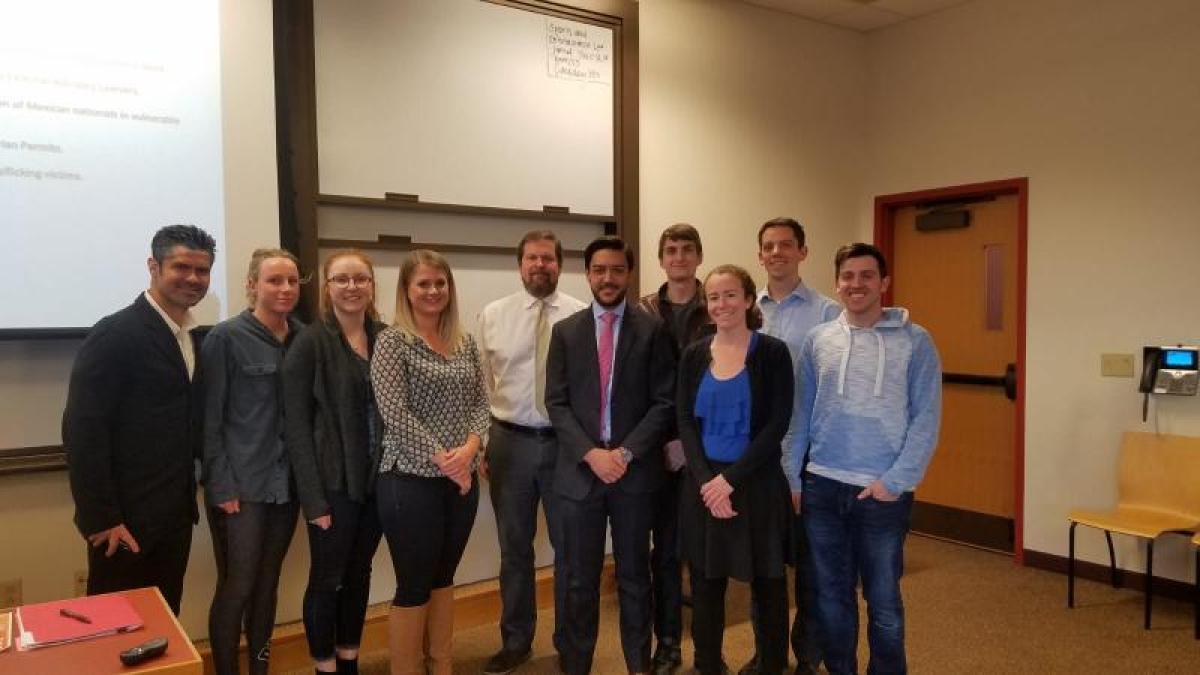 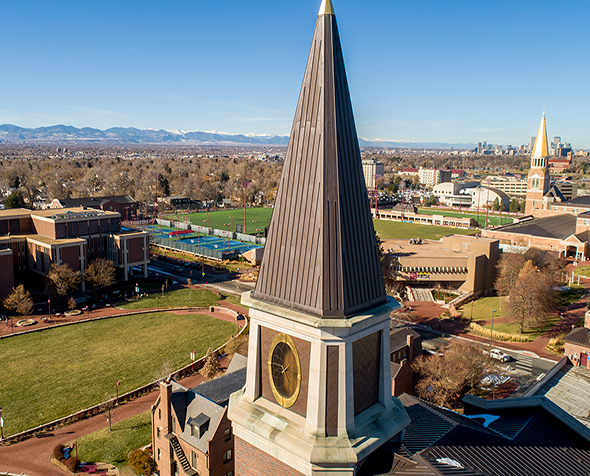