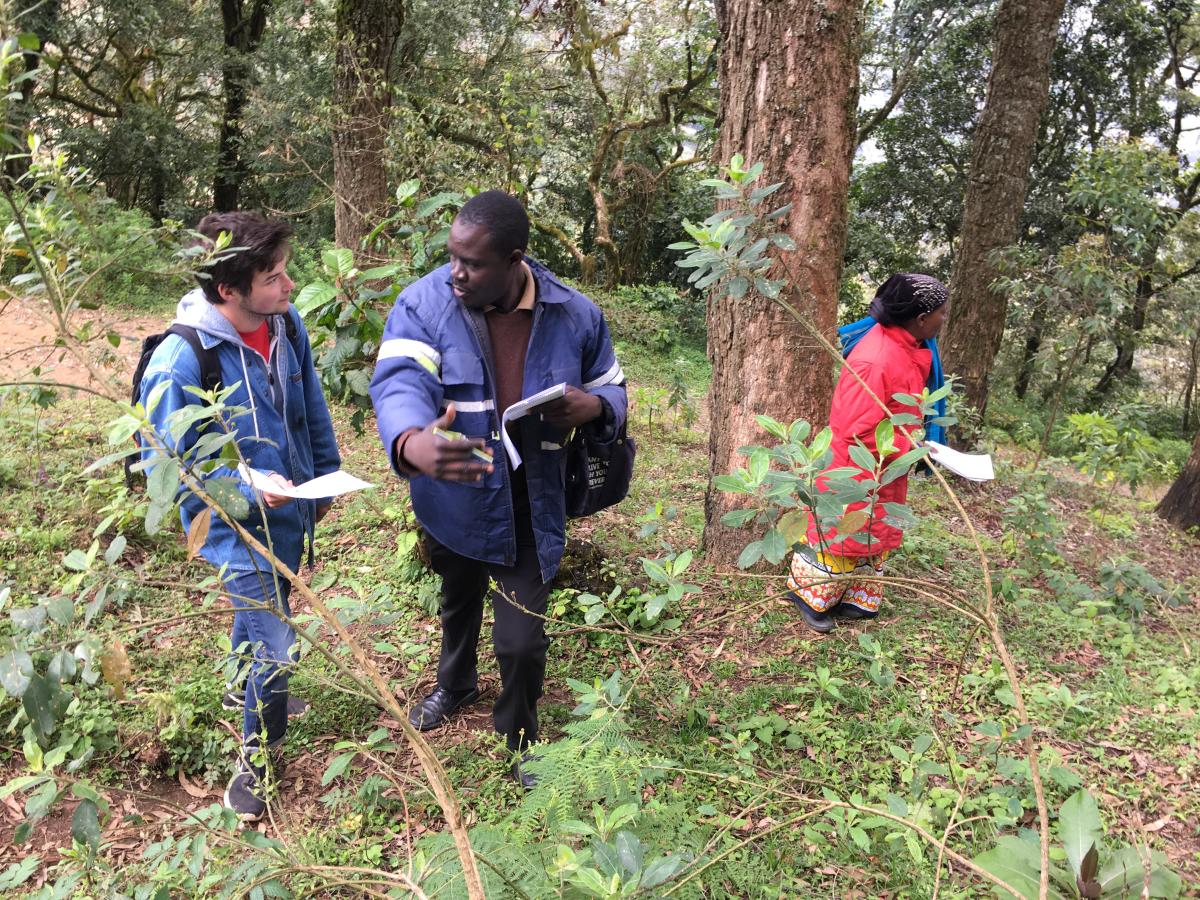 After years of planning, four planes, 30 hours, one train and a harrowing taxi ride through Mombasa, senior international studies and music major Lane Dickey finally made it to Taita-Taveta County in Kenya to begin his research. What had started as a simple conversation between student and professor about the conservation of the mpingo tree — commonly used in clarinet production — snowballed into a full-scale research project that could shape future conservation efforts. 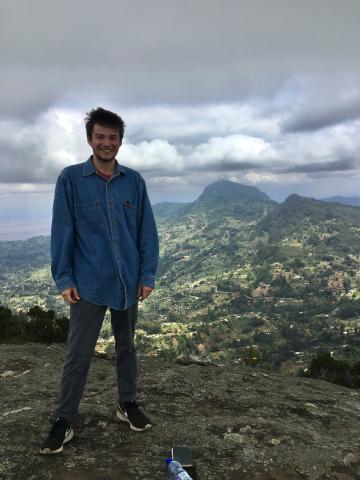 Back in 2017, when Dickey’s faculty advisor, professor Robert Uttaro of the Josef Korbel School of International Studies, was spending time in Kenya, a friend pointed out two forests and the striking differences between the two in the progress of deforestation. While Wundanyi, a cloud forest, had experienced segmentation and deforestation, nearby Mount Kasigau had remained largely intact and protected. This summer, with funding from a Partners in Scholarship (PinS) grant, Dickey made the trip to learn why.

His research focused on the role of community in conservation. “I think it’s important to talk about conservation in slightly different terms,” Dickey says. “It’s usually this very Western idea of going in and saving these trees, but a lot of the time, local tradition and local culture can do a better job.”

For much of the trip, Dickey was on his own with only a translator/research assistant to guide him. In Wundanyi, he would wake up at the University of Helsinki Research Center where he stayed, hop on a motorbike and cruise up steep slopes to knock on strangers’ doors. He employed a semi-structured interview technique to learn from locals about the role the forest plays in their daily lives, how rules are made around use of the forest and how effective the government has been at stopping the spread of deforestation.

Discussions of that last issue were often punctuated with frustration, Dickey says. “Every time you mention the Kenyan Forestry Service, everyone kind of groans and gets mad. The Kenyan government definitely has its problems, and it’s very apparent to the people.”

It became clear to Dickey that the successful mitigation of deforestation in Mount Kasigau resulted from something other than government conservation efforts. “Especially in Mount Kasigau, a lot of the local traditions and the local culture are what is protecting the area,” he says, noting that past generations viewed Mount Kasigau from a religious perspective and that the forest is home to sacred spots for prayer. 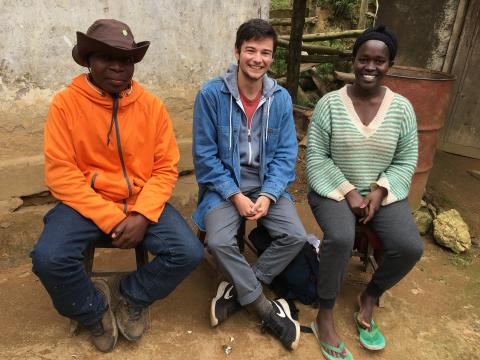 What’s more, the Kasigau community has made purely altruistic choices over the years, with the intention of preserving the forest. “The community used to live further up into the forest on the mountain, but then decided for the longevity of the forest that they should move further down in to the lowlands,” Dickey says. “In Wundanyi, it’s the opposite. People are encroaching a little bit more to the top.”

Just recently returned from Kenya, Dickey is still reviewing his data but has already concluded that community intervention plays an important role in conservation. Research like this, Uttaro says, is crucial to moving the needle in the right direction. “The biggest issue facing this generation is climate change. We should be pivoting toward, and doing, this type of research.”

Beyond its benefit to the planet, Dickey’s research will also benefit his future, says Uttaro.  “Whether he goes out into the private sector, whether he goes on to graduate school, he has something that he did other than just sitting in a classroom. [Research] exposes [students] to a new relationship with the world and with different cultures. They are talking to human beings from different societies, different cultures and different lives.”

Still, Dickey is uncomfortable with doing research purely for his own gain. Instead, he says, research ought to do more than improve a student’s resume. “The nature of research can feel very extractive sometimes,” he says. “It needs to be much more of a two-way street.”

In fact, he hopes to see his conclusions go on to have a larger impact. “My hope, and professor Uttaro’s hope,” he says, “is to create a model of local governance institutions that are more effective in conservation.”