108 Students from all Disciplines Featured 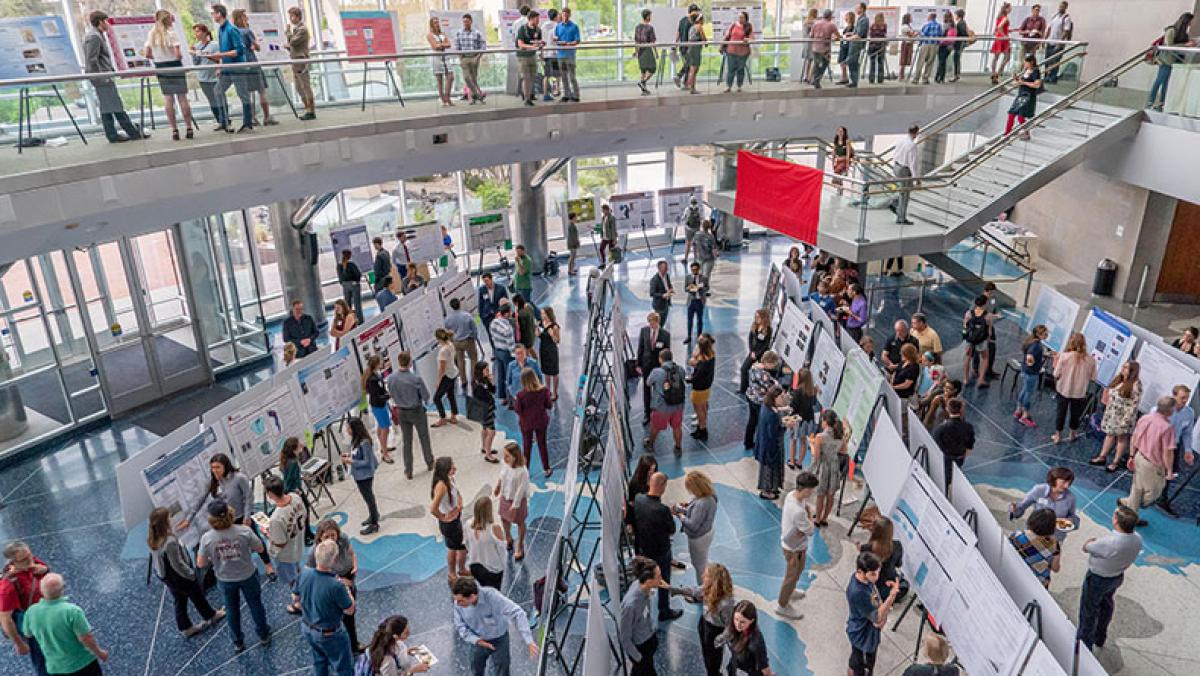 DU undergraduates have a lot on their minds. Do spatial associations of gender matter? How can we measure the complete phase structure of twisted light? Why have male threespine sticklebacks made a switch from a red throat coloration to a full-body black coloration?

When DU students have questions, they don’t just ponder and move on — they find answers. That pursuit of impactful information is what brings the DU community together every year at the Undergraduate Research and Scholarship Symposium, where the University celebrates undergraduate curiosity, faculty-student partnerships and the groundbreaking work that results from both.

This year’s event, sponsored by the Undergraduate Research Center (URC) in collaboration with the Center for Community Engagement to advance Scholarship & Learning, featured 108 students from all disciplines. In addition to creating a poster showcasing their independent research project, students impressed judges and the community alike with oral presentations. Projects were judged in such categories as most impactful, most innovative, best oral presentation and best overall presentation. Winners received a signed certificate from Chancellor Rebecca Chopp, and those in the top three of each category took home gift bags.

One of the most notable features of this year’s event, says URC director Mark Siemens, was the broad representation from a variety of fields. “We had students from psychology doing studies on teen moms and how their mental state affected them and their babies. Some students in history and international studies looked at movements in Argentina and issues of water in Kenya. We had some coming from biology, looking at different cellular processes and the effects of Alzheimer’s,” Siemens says. “It’s PhD-level work these students are doing. It’s really amazing, both the diversity and the quality of the research that our students are capable of.” 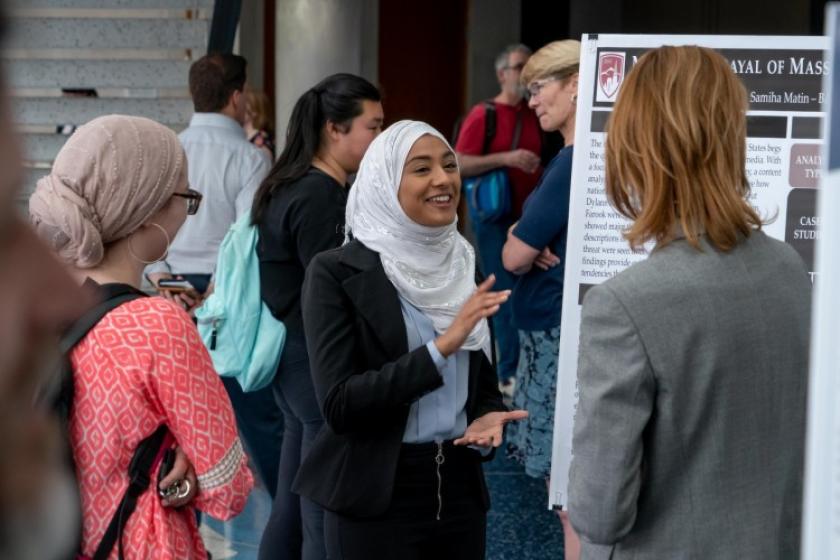 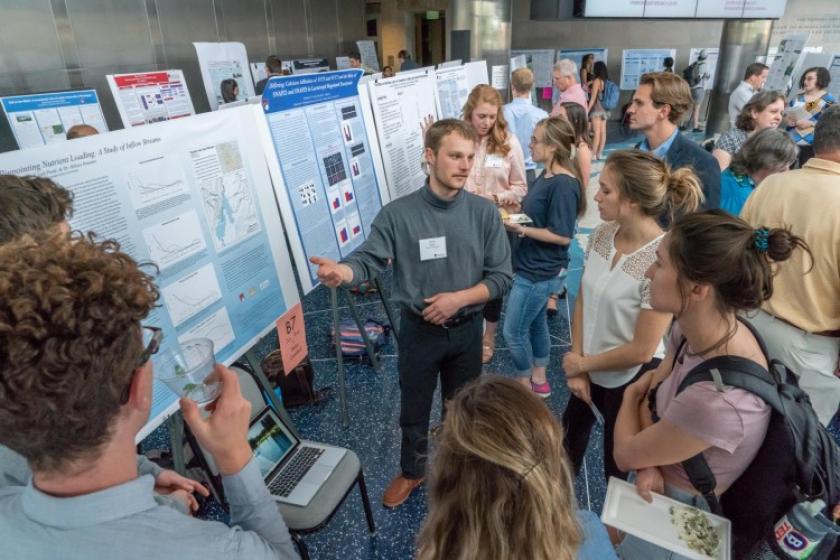 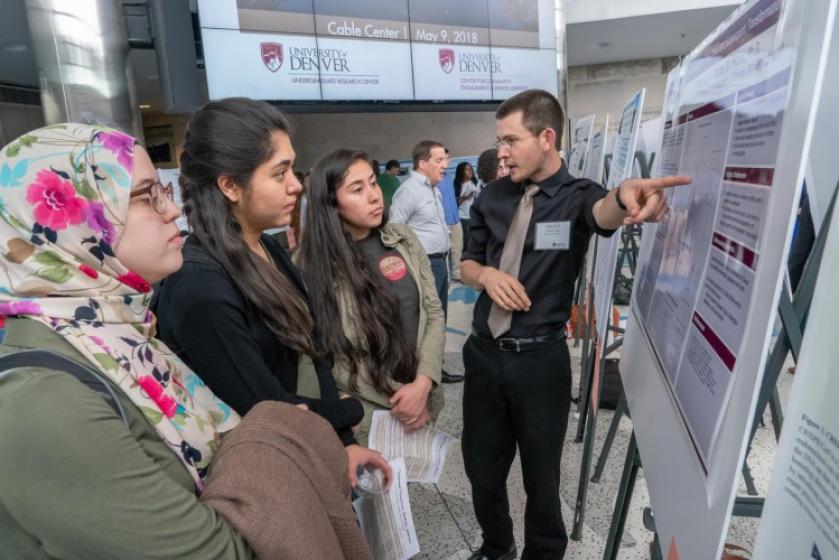 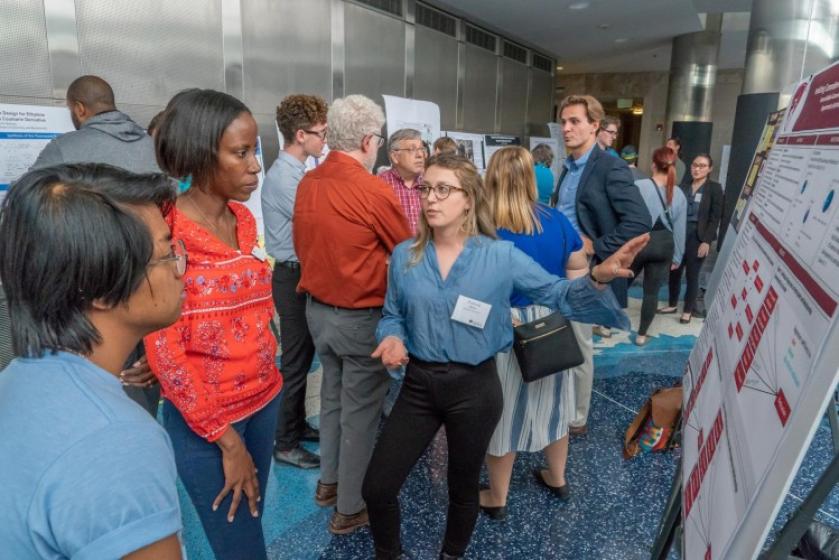 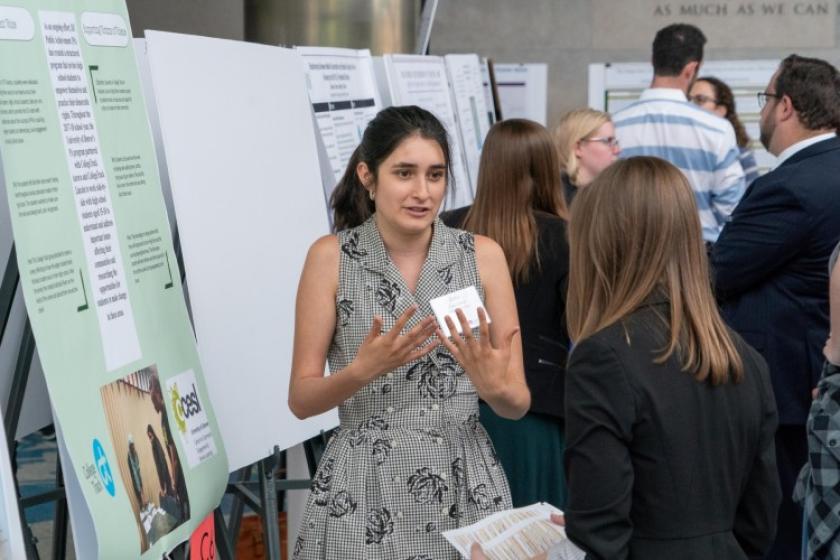 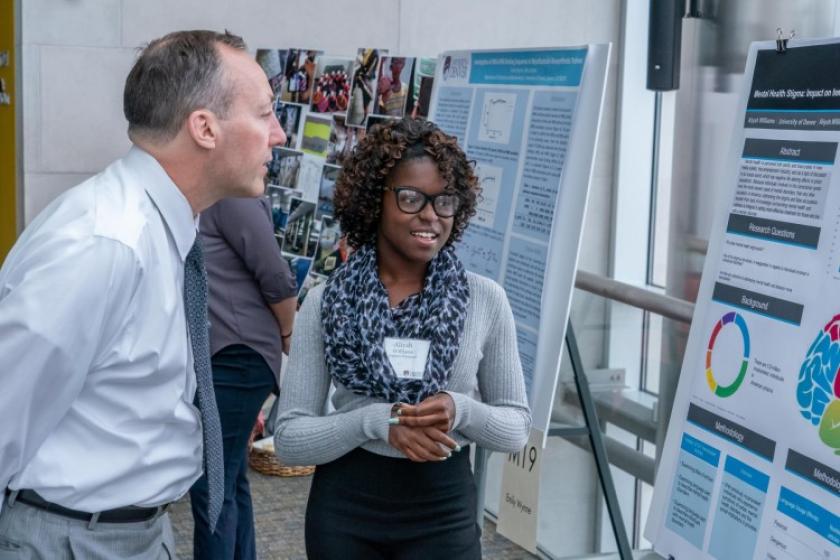 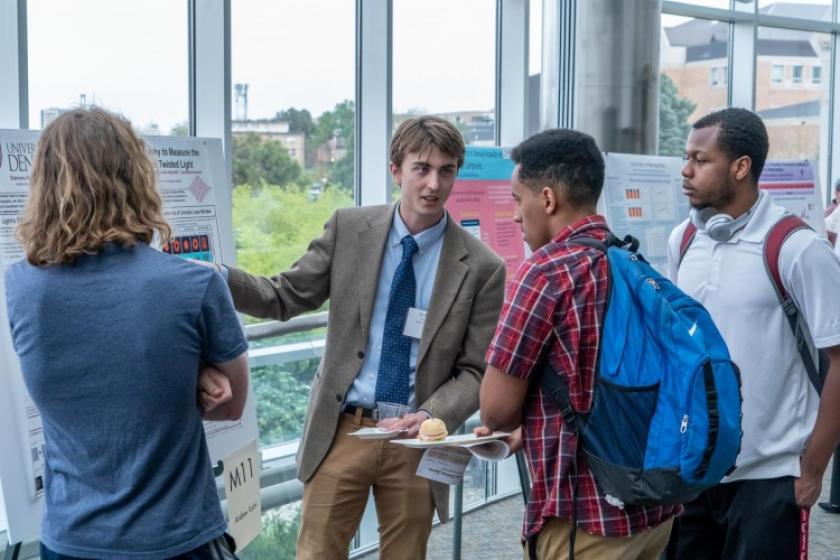 Even as she was embroiled in details, dissections and statistics, Anne Bowen, who took home the prize for most impactful project for her research on how anthropogenic noise affects mating behavior and fitness in crickets, felt the gravity of her work. “What we are doing hasn’t really been done before,” she says. “With everything going on on our planet right now — all of the different environmental changes and conservation issues — this research is really important because it can have such a broad impact.”

Though winners were chosen and recognized, Siemens says that was hardly the highlight of the event. “The judging is a fun little extra, but the important aspect is to celebrate the amazing work that’s going on,” he says. “Some students have been working since the summer, some were just working through the school year — but for many, this was the culmination of three or four years of work. It’s a really cool final presentation for them to showcase what they’ve been working on.”

For many students, participating in the symposium represents seeing clearly for the first time in a long time, as they finally depart what Siemens calls “the cloud.” “You’ve gone through this whole scary process of figuring out how to address this question and trying multiple times to come up with methods and implementing them and making mistakes,” he says. “The symposium is the final piece of this. To be able to think through the steps it took, and the grit and resiliency you showed, and distill everything you’ve learned into an explainable message is a valuable experience.” 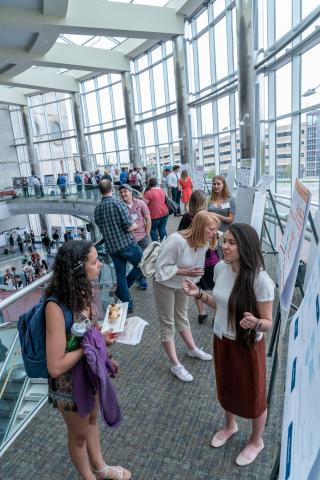 Even as the symposium is underway, the learning continues, says Robin Tinghitella, assistant professor of biology. “The currency of science is publication, and if you can’t communicate what you’ve done, it’s like it never happened. For students, this is a first opportunity to really do that,” she says. “The most successful people were able to take as many steps back from the nitty-gritty as possible and say, ‘Why would somebody actually care about what I’ve done?’” Tinghitella served as a faculty mentor for three participating students, including Bowen, and judged projects at the symposium as well.

Part of the symposium’s successful equation is simply giving students the chance to share their passions. “I got to talk to people about my research, which was really exciting because I love to share what I’m doing,” Bowen says. “It really brought everything together for me, and it was good to have a reminder of everything that goes into this.”

Tinghitella says the symposium is yet another reminder of the strength of DU’s research community. “Undergraduates are a huge part of what is going on in terms of research,” she says. “They aren’t doing these cookie-cutter, silly experiments that aren’t going anywhere. They are really driving the research.”