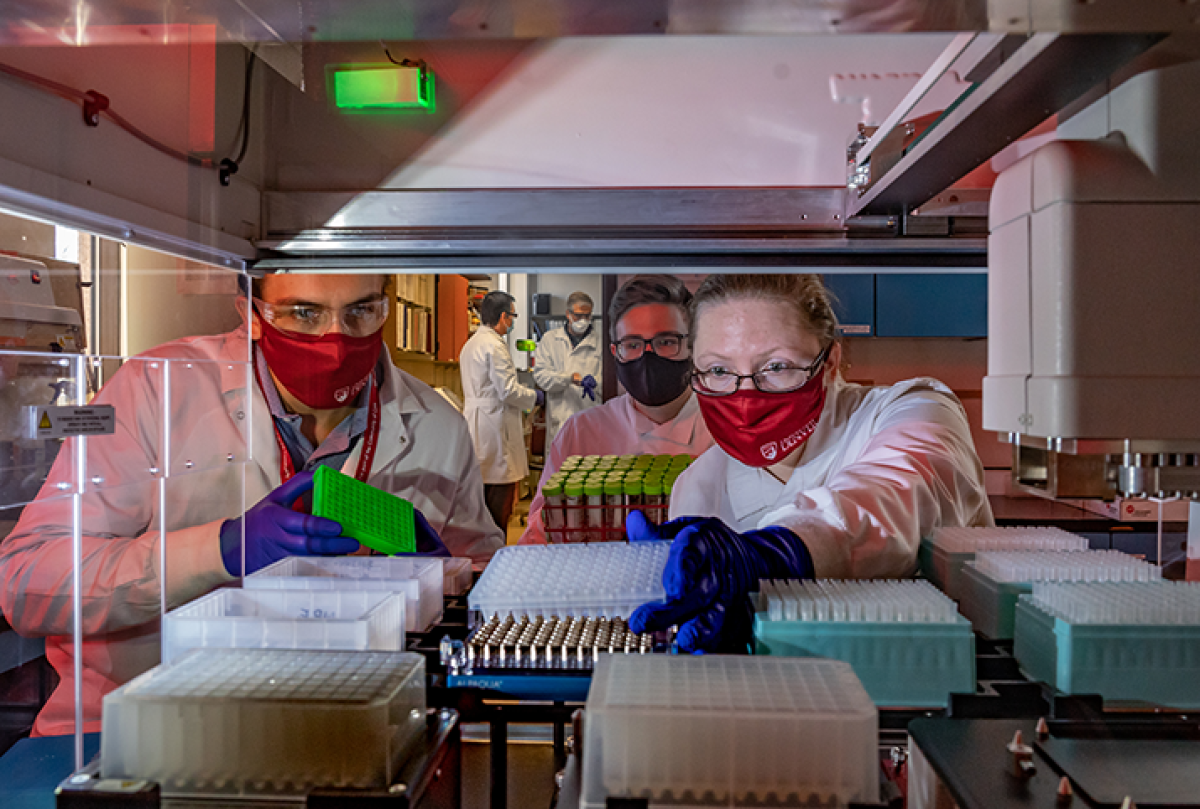 As the University of Denver community returns for the beginning of a new quarter, it will also face a new COVID-19 testing program aimed at better protecting everyone on campus. The new program applies to all students, faculty and staff who live, work and/or attend classes on campus.

DU completed a comprehensive review of the performance of colleges and universities during the fall term. The findings indicated that eight institutions operated with in-person learning with case counts and positivity rates at or below DU’s rates in surrounding communities where the COVID-19 prevalence was at or above those in Denver. Although DU completed 29,833 nasal swab RT-PCR tests, each of the eight institutions conducted significantly more testing. To manage the higher expected positivity conditions expected in winter term, DU will be significantly increasing testing frequency for those living and working on campus.

Achieving the goal of increased testing will be accomplished through the introduction of salivary RT-PCR testing that will be conducted on campus.

“We have been preparing for this since July,” says Corinne Lengsfeld, senior vice provost for research and graduate education and one of the leaders on DU’s COVID Response Team.

When the University of Denver committed to in-person learning last summer, Lengsfeld began working with Sarah Watamura, professor and chair of the Department of Psychology, and Phillip Danielson, a professor of molecular biology in the College of Natural Sciences and Mathematics, on a faster and more cost-effective solution that allows for a greater volume of testing. The goal was to have it ready for the winter months when the prevalence of COVID-19 would be higher. This led to the creation of DU’s Spit Lab.

Danielson’s forensic lab was transformed into a coronavirus testing facility. Researchers began by examining samples using a method called "direct from saliva." The saliva sample is placed directly into a polymerase chain reaction (PCR) and within hours you know the results of the test. However, when they began working with real-world samples — some containing things like leftover food and blood — many of the samples were failing, meaning they were unable to recover sufficient viral RNA that could then be tested.

Danielson decided it was time to move to a different method. The team began using an extraction-based approach where saliva is run through an automated process that neutralizes the chemicals that attack the RNA in saliva. They were now able to separate the “garbage” from the RNA in the samples. The only thing left to do was compare their results against nasal swab tests from the DU Care Pod run by National Jewish Hospital (NJH). The results were a 96.7% sensitivity rate on positive tests and a 100% specificity rate on negative tests. 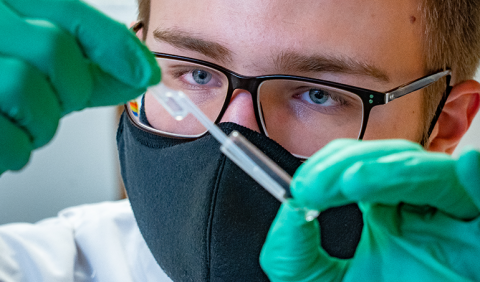 “It feels very good to have a method in hand that we know works,” Danielson says. “There are so many methods out there that work so well in the lab with pristine samples and then you try to scale up to the real world and it’s an epic failure. The real world can sometimes be a very different creature from the laboratory.”

The final step was scaling up the process to handle the volume of testing that would be required for the DU campus. Three analysts and a lead scientist have been hired, and dozens of students are helping collect and run the samples. The equipment that has been purchased allows them to process 384 samples every three hours. The goal is to run 1,000 salivary tests per day, which would be in addition to the 500 nasal tests performed daily by NJH.

“What this testing strategy does is gives us the ability to have control over our campus and bring down our positivity and maintain it being down no matter what is happening around us,” Lengsfeld says. “This prepares us for success regardless of what is happening in our surrounding communities.” 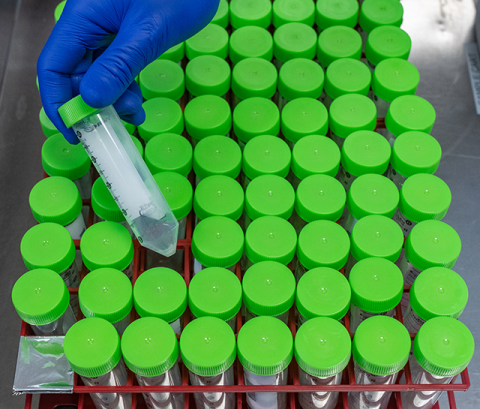 The nasal and salivary testing will be combined with continued antigen testing for student-athletes and sewer-sample analyses from the six residence halls three times per week. By the end of winter quarter, the University anticipates having tripled the amount of testing performed in the fall. The frequency and type of testing for each individual will vary depending on their housing situation and their frequency on campus.

Although a vaccine has brought hope for an end to the pandemic, it will be nearly six months before many individuals on campus will be vaccinated and the community achieves herd immunity. It also remains possible that some level of testing will be required next fall.

“It is really important that we stay with what worked for us in the fall and then add on top of that,” Lengsfeld says. “It’s great that we have a vaccine and that an end is in sight, but let’s make sure we are keeping everyone safe and alive until that end is realized.”