University of Denver Has Special Meaning for Commencement Speaker

It’s been 45 years, but it’s a day Robert Smith remembers well. He was only 9 years old when his father received his doctoral degree in education from the University of Denver.

“It was a cause for celebration for the entire neighborhood,” says the fourth-generation Coloradan who grew up in a north Denver community. “We believed that our share of the American Dream was just around the corner, so the accomplishments of one of us were celebrated by all.” 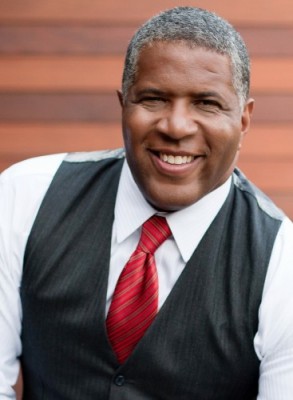 From an early age, school played an important role in Smith’s life. Both of his parents were teachers and high school principals, and it’s apparent their background rubbed off on Smith.

While attending Denver’s East High School, he applied for a summer internship at Bell Labs. The program was reserved for college students, but when an intern from MIT didn’t show up, Smith was allowed in. That summer he developed a reliability test for semiconductors.

After high school, Smith decided to pursue a degree in chemical engineering. “It appealed to me because it requires finding elegant and logical solutions to extremely complex problems,” he says. Smith attended Cornell University because of its culture of community and inclusion. He says he was comfortable there from day one because the campus felt diverse, both in terms of the university’s background and the perspectives of the faculty and student body.

After graduating, Smith worked as an engineer for Air Products and Chemicals, Goodyear Tire Co. and Kraft General Foods. He holds two U.S. and two European patents associated with the coffee-brewing process. However, 10 years into his career, it was time for a change, and business school came calling. He received his MBA from Columbia Business School with concentrations in finance and marketing.

“Chemical engineering and investing may seem like divergent paths, but my career has felt very much like a natural evolution and extension of my technical skills and interests,” Smith says. “Like engineering, business is about solving problems. How can I take a good idea and make it a profitable business?” 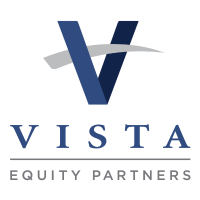 After working several years at Goldman Sachs, Smith decided it was time to start his own company. “Plenty of friends and family thought I was crazy, but I believed in myself, and I had extraordinary people around me who believed in me as well.”

Today, some 17 years later, there’s no second guessing his decision. Smith’s company, Vista Equity Partners, is an investment firm with more than $30 billion in cumulative capital commitments. It oversees a portfolio of more than 35 software companies with roughly 50,000 employees worldwide. Three of those companies are based in Denver.

“The emergence of this city as one of America’s leading tech hubs is a phenomenal story,” Smith says. “Vista has averaged over 1,000 employees in Denver, and that number is growing fast. It’s so exciting to be a part of the energy and talent of this city.”

The success of his company has translated into a great deal of personal success. He was ranked by Forbes in 2016 as the 274th richest person in America and the second wealthiest African-American on the list after Oprah Winfrey. 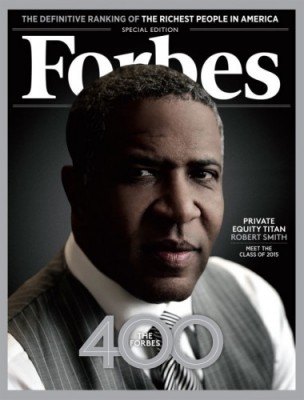 “Anyone who tells you wealth doesn’t matter isn’t being truthful. But there has never been a day in my life when I’ve woken up and thought to myself, ‘I’m going to make a lot of money today,’” Smith says. “My goal each day is to build companies that create important things, that have a positive impact on their industries, and that create jobs and opportunity. I’ve been fortunate that this strategy has merged ‘values with value,’ or as some say, ‘doing well by doing good.’”

That idea of doing good is reinforced by Smith’s recent philanthropic commitment to join the Giving Pledge, a promise by the world’s wealthiest individuals to dedicate part of their wealth to giving back.

“I recently announced that I would invest half of my net worth during my lifetime to causes that support equality of opportunity for African-Americans and ecological protection to ensure a livable planet. Additionally, my wife will continue to focus her efforts to causes that support the safety, success and development of young people, particularly those in foster care.”

Smith will be back in Denver this weekend, delivering the graduate student Commencement address on Friday night. It’s a ceremony his father, aunt and two cousins participated in. He’s honored by this opportunity, not only because of his personal connection to DU, but also because of the opportunity to speak to future leaders.

“There is a lot of negativity in the world today, stemming from uncertainty and fear about the future. This is understandable — we have a lot of work to do,” Smith says. “Thinking about the exceptional leaders who are graduating from DU, I can’t help but feel enormously confident that there is no challenge we can’t overcome with creativity, commitment and brainpower. We’re in this together, and I am filled with optimism that the best is yet to come.”