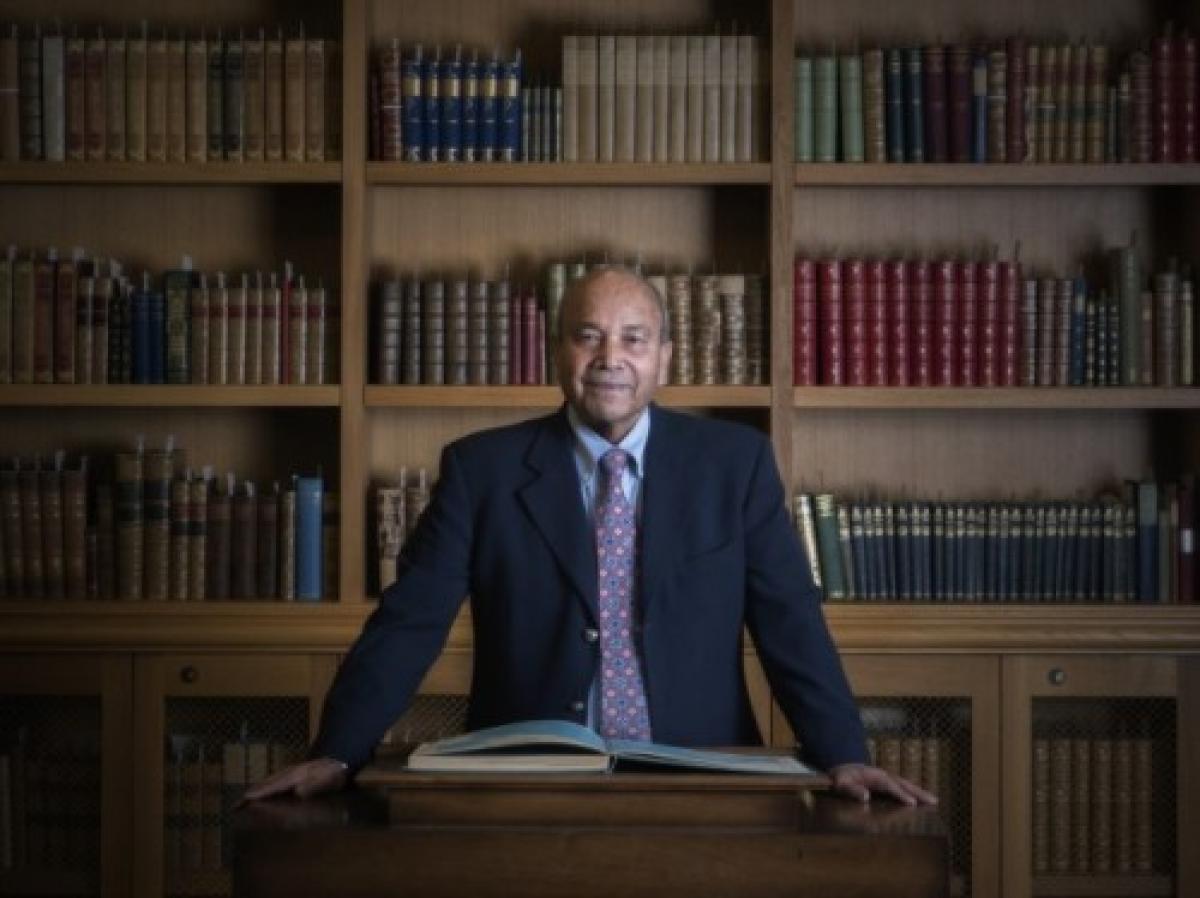 It was the only spanking he ever got from his mom, jokes Ved Nanda, international law professor at the University of Denver Sturm College of Law. As a young boy living in Gujranwala, India, Nanda had gotten a tattoo from a man on the street. He was proud of the artwork. His mother was outraged.

But the little tattoo on his left hand became a symbol that guided Nanda’s life. The tattoo is the sign for om, a Hindu spiritual symbol that “mystically embodies the essence of the entire universe” — the belief that we are all connected.

Decades later, the tattoo is still visible on Nanda’s hand, and he continues to embody the notion that we are all connected. In February, the University will celebrate Nanda’s 50th anniversary of teaching at DU.

When it comes to international law and human rights, Nanda’s extraordinary work, leadership and teaching have put the University of Denver on the map.

Following the lead of Yale Law School, he introduced an International Human Rights Law (IHRL) course at Denver Law, making it the second IHRL course of its kind in the nation at that time. Nanda created the law school's International Legal Studies Program in 1972, and that same year established the Denver Journal of International Law and Policy (DJILP), just to name a few accomplishments.

His compassion for “the outsider” emerged at a young age. In 1947, his native country, India, was partitioned. The area where he lived had more Muslims than Hindus. Nanda was born into a Hindu family. Houses where Hindus lived were burned to the ground and people were being killed. But Nanda remembers the kindness of Muslim friends who helped his family get out of town safely and leave for Kashmir.

The United Nations High Commissioner for Refugees estimates that 14 million Hindus, Sikhs and Muslims were displaced during that time.

Nanda did make it to safety and went on to place first in his LLB class at Delhi University. He earned his LLM at Northwestern and went on to study as a postgraduate fellow at Yale Law School.

When he finished with his education, Nanda had many offers at universities across the country, but he chose the University of Denver. “It has been a wonderful, wonderful experience,” says Nanda. “I think I have taken more than I have given, and I feel very good about being able to help people,” he says.

Apparently, Nanda’s students feel very good about their professor as well – in 2006, several of them provided funds to launch the Ved Nanda Center for International and Comparative Law.

Ved Nanda’s 50th anniversary celebration is scheduled for Saturday, Feb. 25, at the Cable Center. For more information and to register to attend, click here.