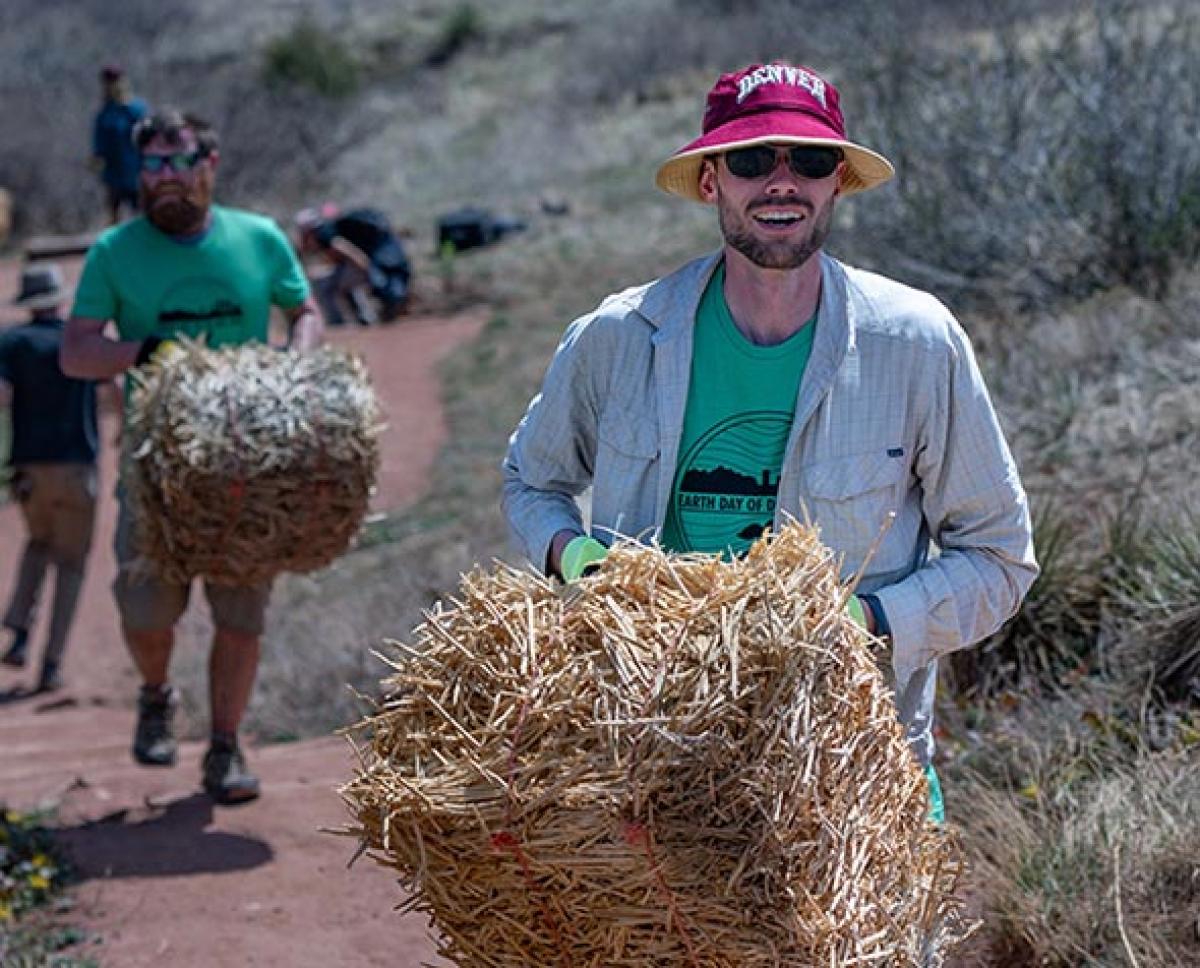 On a scorching Earth Day, breaking a heat record set in 1989, University of Denver community members dispersed across the city. From Red Rocks Amphitheater to the Denver Botanic Gardens, the message was clear: It’s time to do our part.

DU’s Earth Day of DUing is the University’s largest volunteer opportunity. This year’s iteration was its largest offering yet, with 400 students, faculty and staff participating in 30 projects such as tree planting, river cleanup, mobile food markets and a cigarette butt safari.

The event, which began in 2019, is modeled after a similar citywide event in Columbus, Ohio. Noting that the city of Denver lacked such efforts, DU’s Center for Sustainability stepped in.

"We figured, why don't we be the hub for Earth Day in Denver?" Emily Schosid says. "If the city is not going to do it, the University can."

“When the organizations have a mission to, say, keep trails maintained, keep litter off the ground, and I’m here to send 20 people to go do that with them, it’s really helpful for them,” Schosid says.

To see pictures from Earth Day of DUing, check out the gallery below. 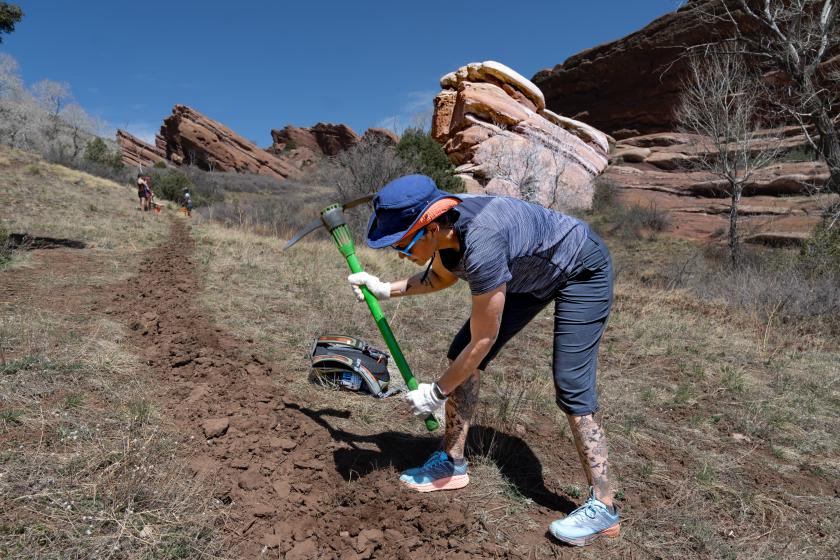 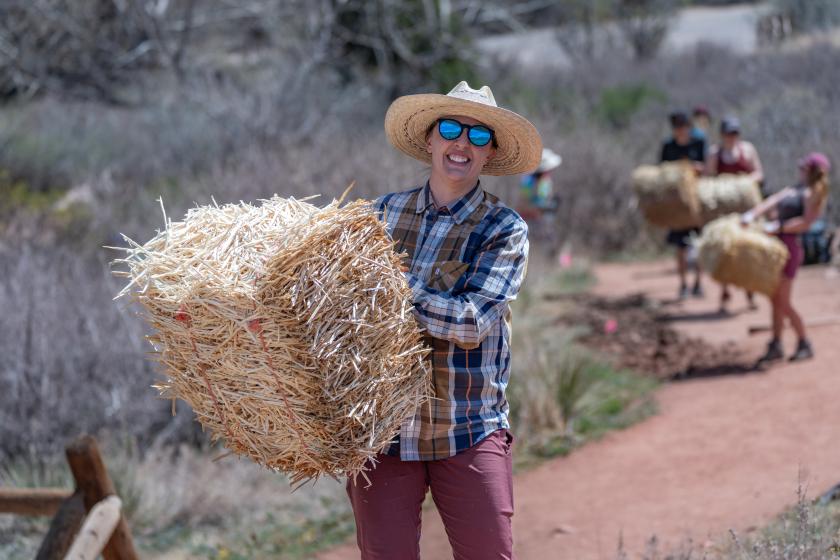 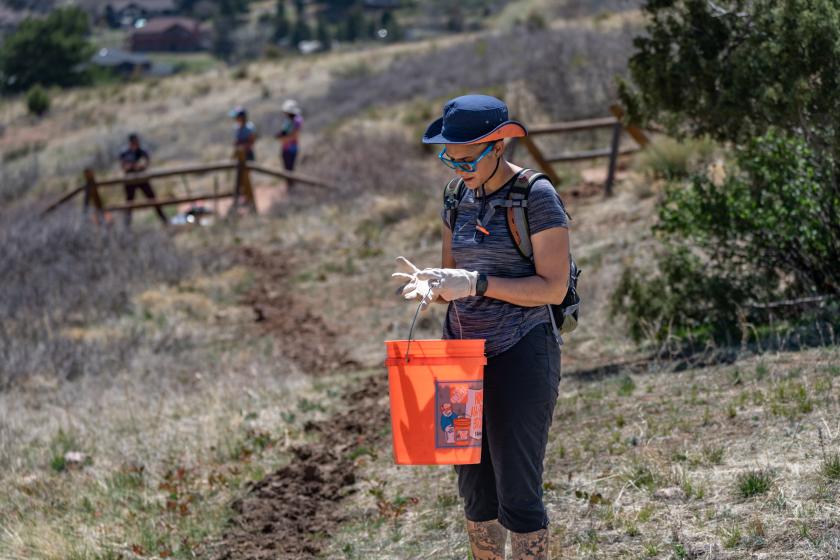 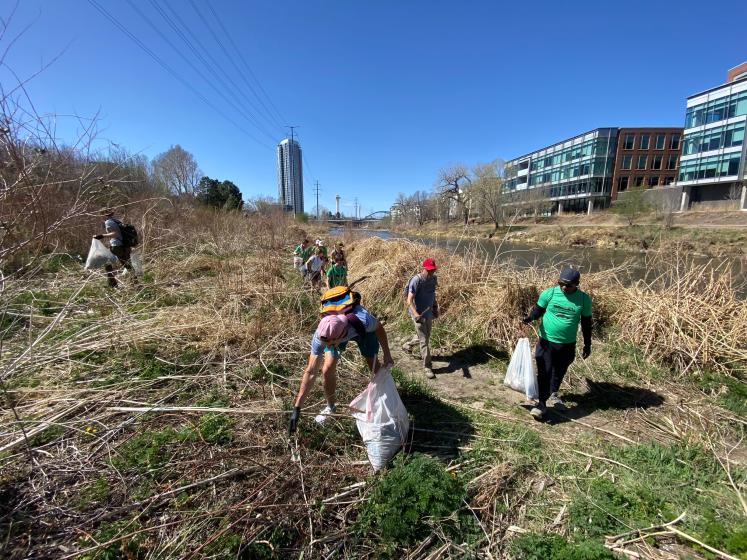 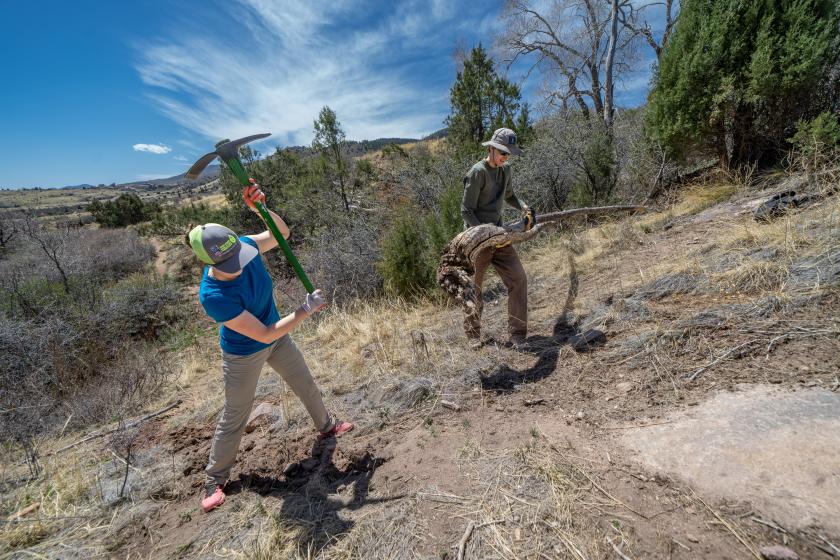 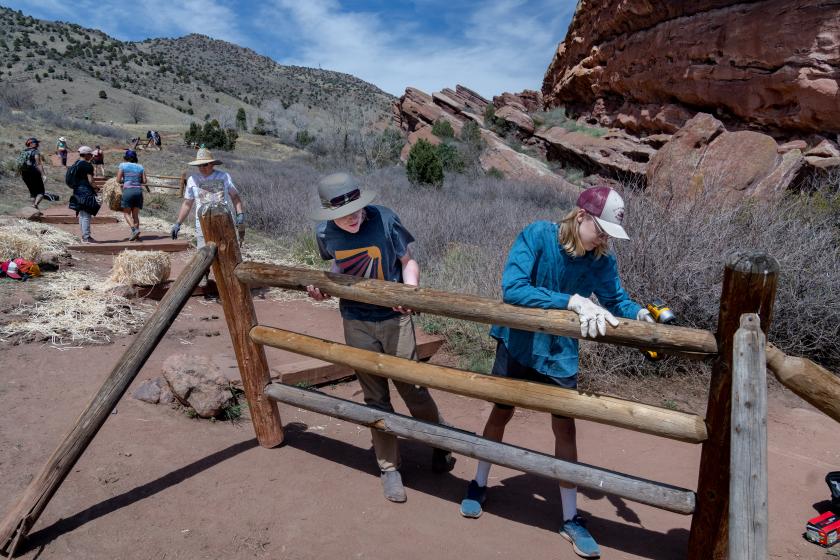 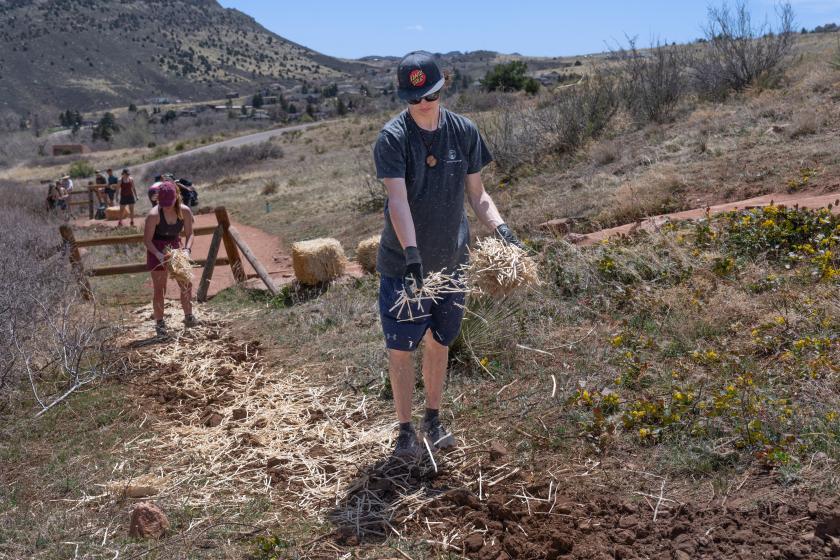 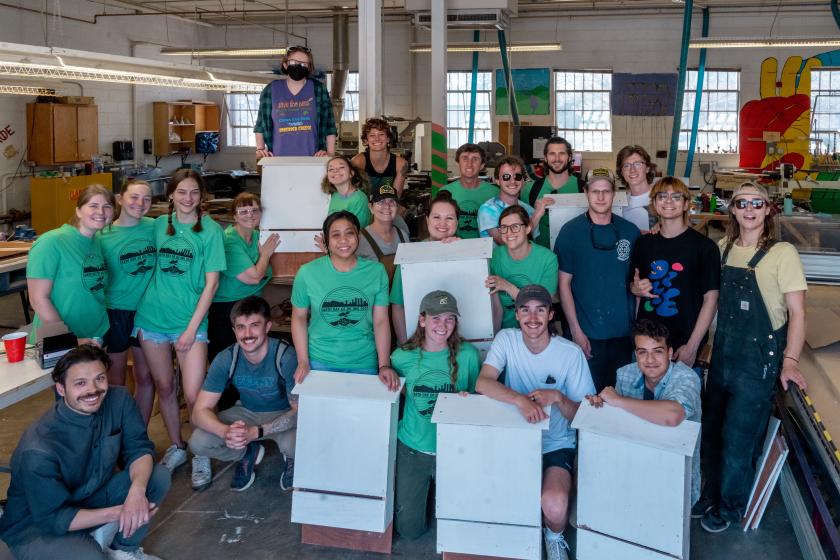 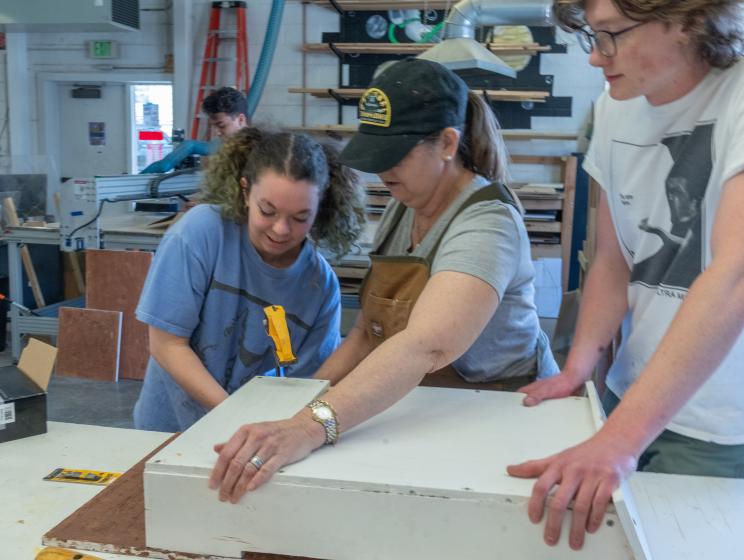 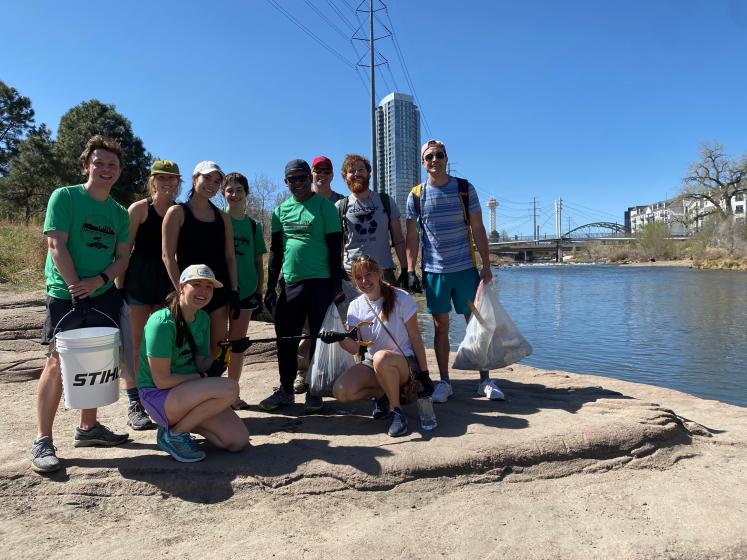 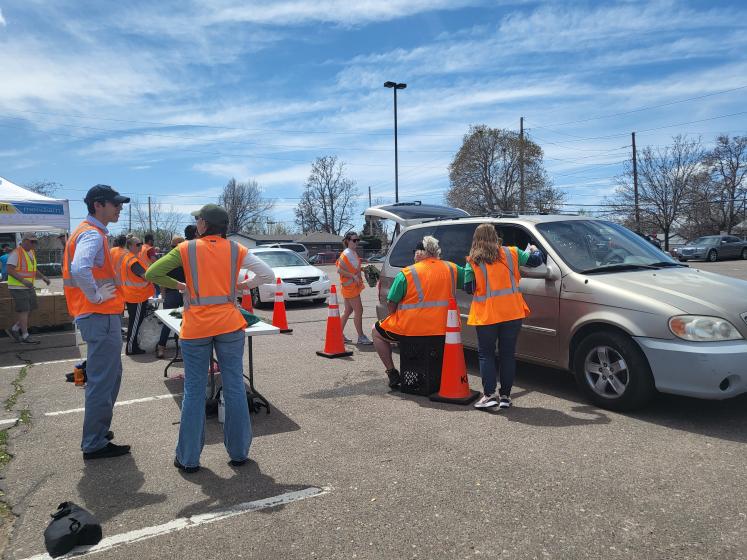 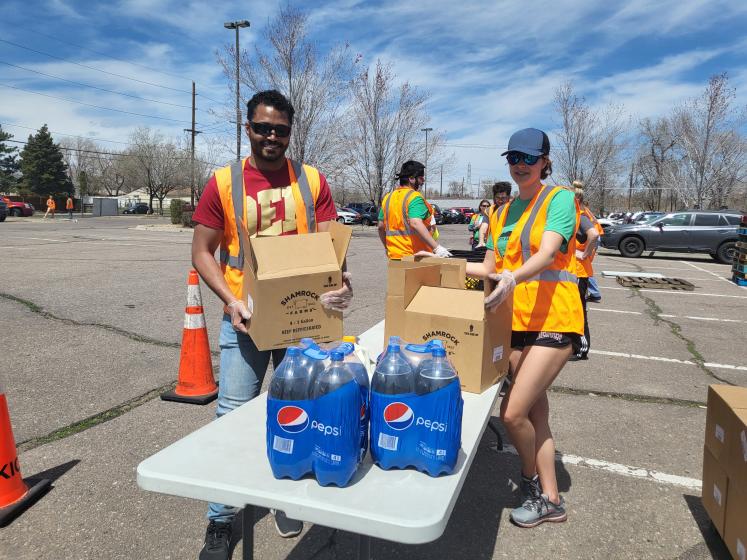