Office of the Chancellor

The Office of Global Engagement helps the University adapt to unpredictable changes across the world. Led by Christopher Hill, former U.S. ambassador and assistant secretary of state, this Office will craft a 21st-century platform for global engagement in higher education. Along with lectures and events across campus with an international focus, the Office will also bring high-ranking visitors to the University.

February 12, 2020 - The US-China Trade War and its Global Implications

Former Ambassador Christopher Hill and Director of the Crossley Center for Public Opinion Research, Floyd Ciruli, will assess the changes in American democracy and the impact on American foreign policy with one year prior to the 2020 Presidential Election

Former Envoy Extraordinary and Minister Plenipotentiary Noriyuki Shikata, Deputy Chief of Mission, Embassy of Japan in China, and Ambassador Hill, former assistant secretary of state for East Asian and Pacific Affairs, will engage in a dialogue

Power and Leadership: Projection vs. Protection

An Evening with the Ambassadors: A Geopolitical Conversation with Ambassadors Hussain Haqqani and Christopher Hill

A Talk by Ambassador Hill on Sunday August 18 at 4 P.M.

Diplomacy at Work in Turbulent Times

Ambassador Hill shares his insights and experiences from the front-line of American diplomacy. From the wars in the Balkans to the brutality of North Korea to the endless war in Iraq, he offered lessons  from the life of an American diplomat negotiating hard problems with difficult partners. Ambassador Hill shared his vision for the role of diplomacy in addressing national crises, and America's role in global politics.

The Korean Peninsula: One of America’s Greatest Foreign Policy Challenges

Ambassador Christopher Hill and Professor Floyd Ciruli reprised their popular post-election analyses of the November results and its domestic and international effects on November 7 in Maglione Hall.

The post-election session reviewed the midterm results, the possible end of one-party control of the federal government and the likelihood of impeachment.

On April 11, Ambassador Hill testified before the United States House Foreign Affairs Subcommittee on Asia and the Pacific. During his testimony, he discussed past and current relations between the United States and North Korea before answering questions from subcommittee members.

Ambassador Christopher Hill is the Chief Global Adviser to the University of Denver. Over a 33-year foreign service career, he served six presidents and 11 secretaries of state. Hill led the U.S. delegation in six-party talks on the North Korea nuclear issue while assistant secretary of state for East Asia and Pacific Affairs, and was the U.S ambassador to Iraq, South Korea, Poland and Macedonia. He’s received numerous awards, including the State Department’s Distinguished Service Award. Hill was dean of the Josef Korbel School of International Studies from 2010 to 2017. 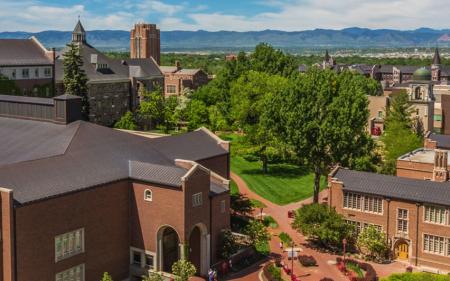 Ambassador Christopher Hill appears on local and national media outlets to discuss a wide range of global topics, from North Korea's nuclear capabilities to conflicts in the Middle East.