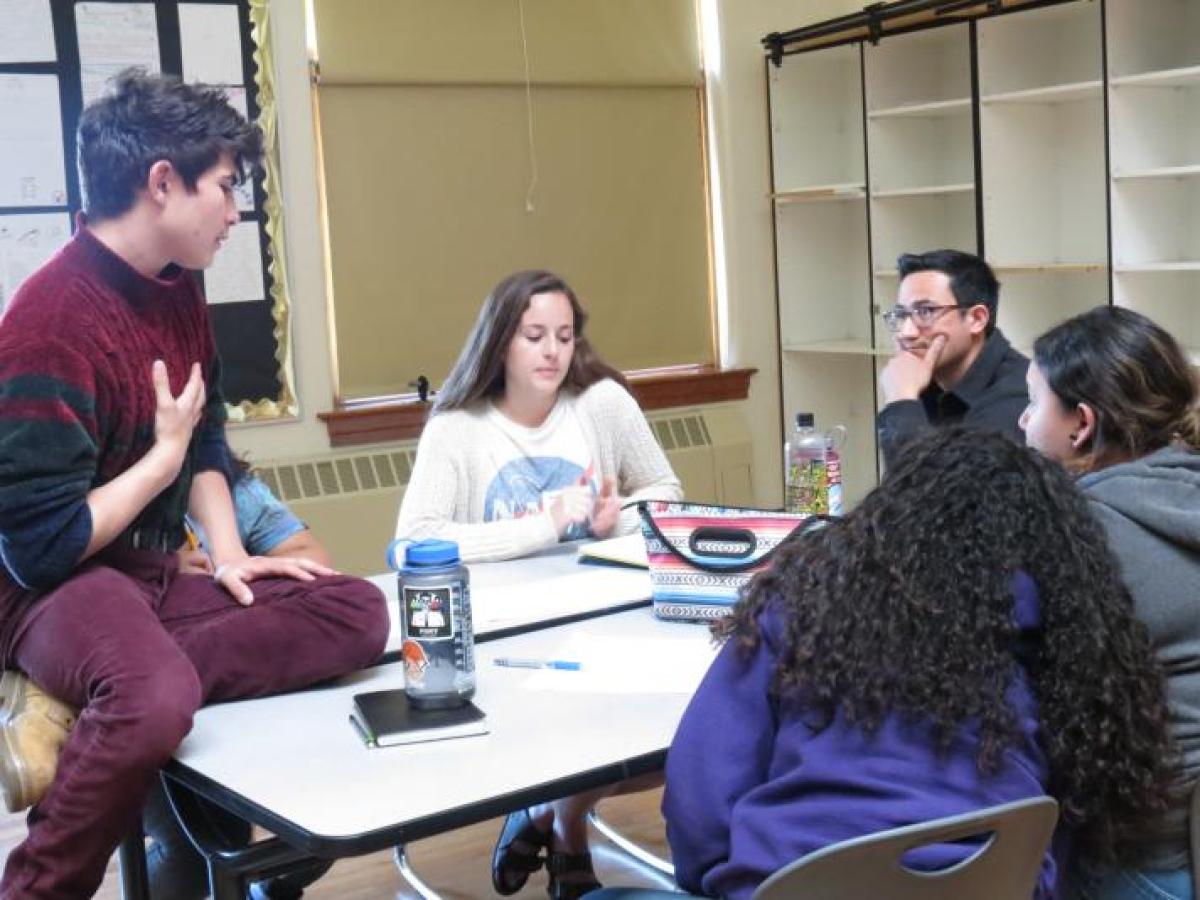 Anthropologist Esteban Gómez uses visual ethnography — a research-based methodology conducted with photography, video or film — to study the social realities of people and cultures. His current research looks at how photography and filmmaking projects help youth make sense of rapid changes within their communities.

One ongoing community-engaged project, This is My Denver, serves as a creative platform for conversations around the accelerating demographic changes taking place in the city. "The project is designed to promote youth activism by gathering perspectives of the changing city from the eyes of Denver's high school students, DU undergraduate students, and community leaders," said Gómez, assistant professor of anthropology.

"At its core, the project is committed to documenting and sharing various stories and perspectives about our city," said Gómez, who plans to create a website to showcase the films.

Last fall, Gómez undertook a different kind of experiment with the launching of "SAPIENS, a Podcast for Everything Human." Gómez is a co-host, along with Chip Colwell, senior curator of anthropology at the Denver Museum of Nature & Science, and Jen Shannon, anthropology professor at the University of Colorado. Although he hesitated at first, he eventually agreed to co-host because, "I think it's important to get anthropology out there in the world."

The hosts speak to anthropologists from around the globe to ask questions about what makes us human. Gómez hosted the first episode, "Is your DNA you?" and found that episode compelling. Another favorite episode was "Power Players: U.S. Football and French Rugby."

"Those who know me well, know that I love sports. So, I seemed like the perfect host for this kind of episode," he said.

"In that episode, we explored the experiences of black college football players in the U.S. and Fijian rugby players who migrate to play on teams in France," said Gómez. "I really liked some of the main points we hit on for the show, specifically, the alienation of specific athletes, in this case, black college athletes in predominantly white universities, and Fijian rugby players in France. We asked questions about the important sacrifices these athletes make on a daily basis, and the consequences of those sacrifices."

Two episodes that Gómez hosted were highlighted in a story in The Denver Post, and SAPIENS was featured as a top "new and noteworthy" podcast on iTunes. "I believe, our first episode made it to the top 1% of downloads for new podcasts," Gómez said.

"We spend a lot of time making our episodes accessible to a broad audience, and try not to use a lot of specialized jargon," said Gómez. "I think people should think more anthropologically about the world around them, and I think this takes us one step closer to doing that."

Gómez has taught at DU since 2015. "Most of my courses are structured around applied projects, which is one of the strengths of our department," he said. "Students are actively involved in applied research projects, where they learn some theory and method, and apply some of those theories and methods to a project."

Last fall, his Visual Ethnography students were involved in three different film projects. One group of students filmed the development of a circus extravaganza at South High School that served as a critical commentary on the current administration. The film focused on the LGBTQ community at South High School and the role of youth activism in the theatre program. The film project is an extension of This is My Denver.

Learn more about This is My Denver in this story on Rocky Mountain PBS.