DU Alumnae Take Passion for Sustainability into the Workforce 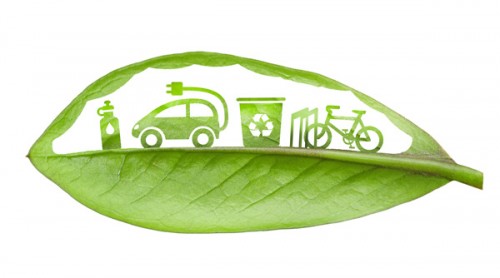 Their passion for the issue didn’t end after graduation. Lane is now the recycling program administrator for the city of Denver, where she manages municipal facility recycling and compost programs. Martins, who returned to DU in fall 2016 to study environmental policy and management, works as a business sustainability advisor for Partners for a Clean Environment (PACE) in Boulder.

“As a Colorado native, conservation and sustainability have always been a core part of my life … I have always felt it is our responsibility to be environmental stewards,” Lane says. “My particular passion for waste stems from the fact that people interact with waste daily. Recycling empowers people to make a deliberate choice to be sustainable in their daily lives.”

Lane says that while energy and water conservation are also important, there is a tangible component to waste that people understand, connect with and act upon. Recycling and composting, she adds, can be the gateway for people to incorporate other aspects of sustainability into their lives.

As a student at DU, Lane worked with the sustainability center and other campus partners, such as Sodexo, to expand compost collection to Nagel Hall, Driscoll Student Center and the Ritchie Center with the goal of working toward zero-waste sporting events. That initiative led to the pilot of a zero-waste hockey program, which this year hit its goal of diverting 82 percent of waste to recycling and compost instead of going to landfills.

Lane credits her experience at the sustainability center for helping her to engage stakeholders at her current job. Lane says she utilizes the lessons she learned to help improve waste-diversion efforts in Denver. She sees promise in the sustainability efforts happening in Denver but says there is still a lot of work to be done in order for people to realize the importance of sustainability.

“I believe one of the biggest obstacles is [the lack of] political will to require entities to pursue rigorous sustainability goals and requirements,” she says. “Often-times, municipalities and other organizations may say they care about sustainability but might lack the backing to incorporate sustainable practices in a truly meaningful way.”

For Martins, sustainability is not just about the present. It also plays a vital role in the shaping of our future. Sustainability, she says, encompasses the ability for people to live life and continue life for others, and that also includes taking care of the planet.

“Sustainability should be important to others, because without a sustainable mindset, future generations will not be able to exist as luxuriously as we have,” Martins says. “Most commonly, a sustainable life is seen as a hard [goal] to reach for those who do not have the ability to purchase solar panels, electric cars and all-organic food. Sustainability is a mindset — it starts with small decisions.”

Those small decisions, she says, include taking public transport instead of driving, eating home-cooked meals instead of fast food and recycling materials instead of throwing them away. Inspired by her work at DU’s Center for Sustainability, Martins encourages others to live as sustainably as possible — just one of the lessons that has helped her in the workforce.

In her role at PACE, she helps businesses understand and adhere to Boulder’s Universal Zero Waste Ordinance. She also had a hand in improving the waste diversion rates at DU sporting events. In addition to hockey, Martins says 2016-17 diversion rates were 74 percent for lacrosse, 65 percent for gymnastics and basketball, 59 percent for volleyball and 52 percent for soccer.

Martins believes the obstacles facing sustainability go beyond one’s willingness to adapt to a more disciplined lifestyle. The issue at hand, she says, is our failure to connect with one another and with the elements around us.

“I believe one of the biggest obstacles [for sustainability] is the inability to make connections. Many environmentalists and social justice advocates fail to realize how much they have in common,” she says. “Sustainability is about the environment, equity and economy all functioning together. If we continue to fight separate battles, the idea of sustainability will never work.”