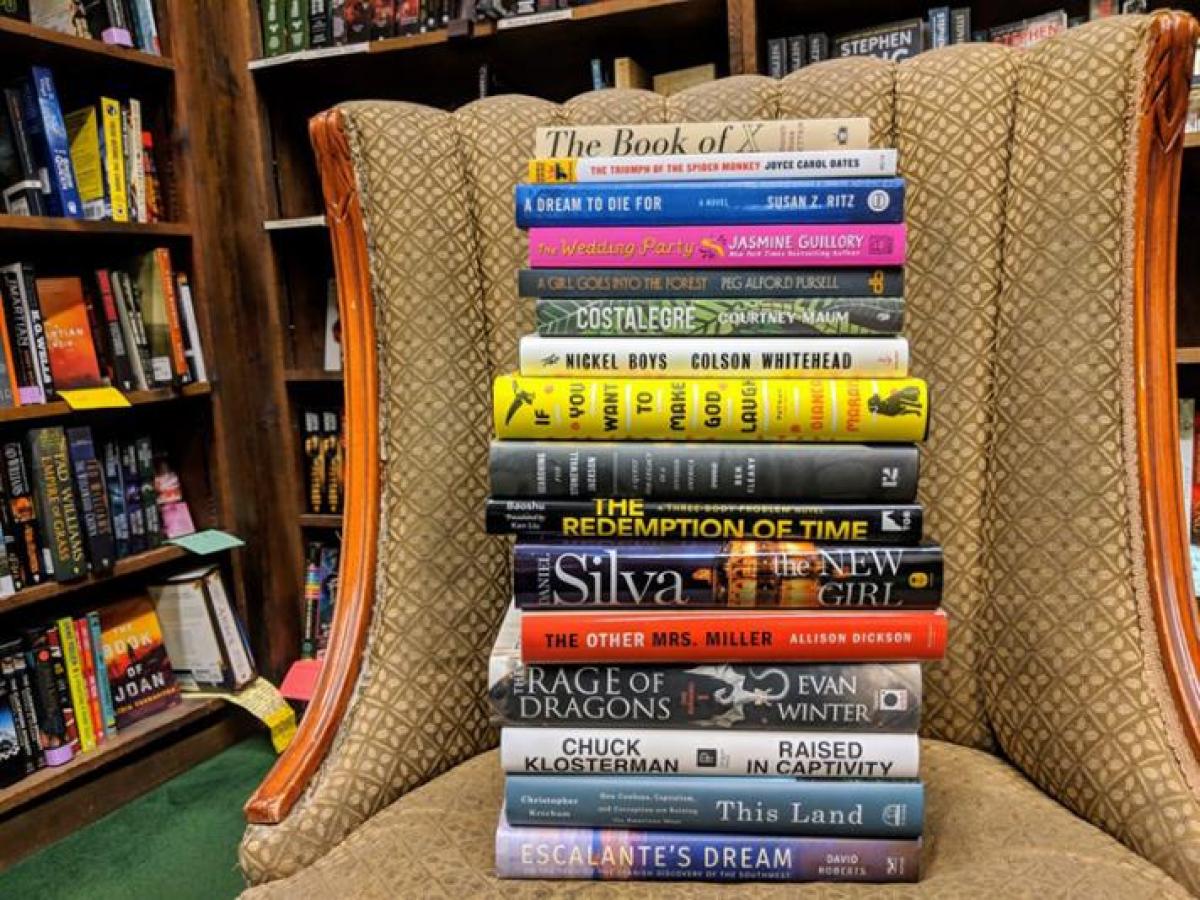 Everyone needs an escape now and then — a respite from deadlines, projects and exams.

For folks who like to slip between the covers of a bestselling novel, juicy biography or time-tested classic, Denver offers an array of high-quality independent bookstores. Many of them come with great beverage counters, meaning you can savor an iced mocha or a hot chocolate while you unwind with a page-turner.

The grand dame of Denver bookstores has been catering to bibliophiles since 1971. Famous not just for its wares but also for its mix of comfy sofas and armchairs, the Tattered Cover began with a single store in the Cherry Creek shopping district. Since its debut, it has expanded to include stores in Union Station, Lower Downtown and at the Aspen Groves mall southwest of the city. The flagship store in Cherry Creek now fills the historic Lowenstein Theater on Denver’s legendary Colfax Avenue. 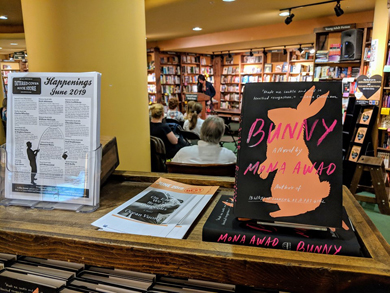 Complete with a bustling coffee shop and an orchestra pit with scattered seating, the Colfax store offers two stories of books and an array of nooks and crannies where you can retreat with your treasures and linger over a latte.

The Colfax Tattered Cover also hosts many author events, and it’s not uncommon to find a DU poet, novelist or scholar behind the podium reading from a recent work. (Alumna Mona Awad of DU’s PhD program in creative writing read from her latest novel, “Bunny,” at an event earlier in the summer. And when her 2018 book, “A History of America in 100 Maps,” hit the shelves last fall, professor Susan Schulten entertained a roomful of “map maniacs” with stories about how cartography can “unearth new dynamics and narratives and power relationships.”

Located in Denver’s most bohemian shopping district and perched just a few blocks south of the historic Mayan movie theater, Mutiny Information Café is a used and new bookstore offering well-thumbed old tomes, retro paperbacks, comic books, zines galore and even records —  not to mention pinball and an analog photo booth. Mutiny’s coffee bar, meanwhile, serves up all the usual libations and baked goods, as well as a selection of breakfast cereals. 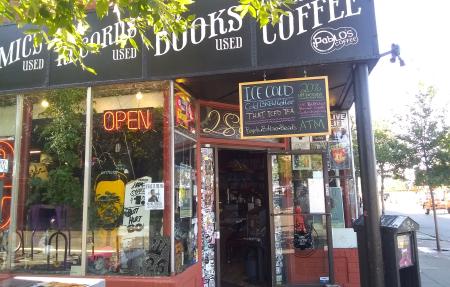 The historic Mutiny building dates back to 1904, when it hosted a grocery store. Since then, it has been a soda fountain, a pharmacy and even a dance studio. But connoisseurs of the counterculture agree, the space is ideally suited for reading and chatting about cult classics and cultural criticism. Perhaps that’s why Mutiny occasionally hosts a live podcast — “Hello? Denver? Are You Still There?” — featuring artists, activists and “nosy neighbors.”

The folks at BookBar — billed as “a bookshop for wine lovers and a wine bar for book shoppers” — believe in classic pairings.

A crisp white with that dry satire. A robust red with that hearty anthology of best-loved poems. Or, for those who prefer their prose with a java jolt, a cappuccino with that tell-all memoir. 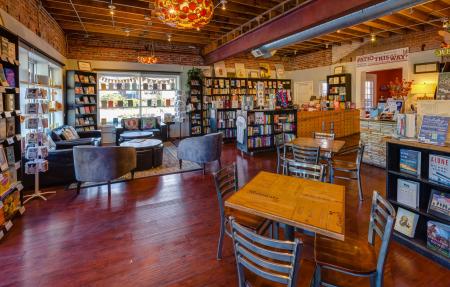 One of the first bookshop/wine bar combinations in the country (the idea has since gone viral), BookBar anchors a busy block in a West Denver shopping district known for its boutiques, restaurants and cat café. Weather permitting, the shop’s back garden is available for lounging, reading and lofty discourse.

BookBar also maintains a busy calendar of programs, ranging from author appearances, a literary game night and poetry readings to a silent book club designed for introverts who want to socialize — but only after they’ve finished the next chapter. (BTW, five days a week, books are 10% off during happy hour.)

Chances are you’ll find the book companion you’ve been searching for at West Side Books, a laidback wonderland of new, used and rare volumes. The store is a fixture of Denver’s historic Highlands neighborhood, and Denverites love its quirky indie vibe — not to mention its reef of stuffed shelves.

When you need an escape ASAP (between classes, say, or before the clock chimes noon), duck into the University’s own Book Stack, tucked away on the first floor of the Mary Reed Building.

With more than 35,000 used, new and rare titles covering more than 90 subjects, the Book Stack will introduce you to titles you won’t encounter just anywhere. A history of parrots! A midcentury guide to growing houseplants! A monograph by a retired DU professor!  (Best of all, all proceeds benefit the DU libraries.)

Once you’ve found the perfect book, stop by the Anderson Academic Commons to check out a hammock. With a snack and a soda from one of the nearby campus coffee shops, you’re set for a relaxing retreat from reality.