Throughout the COVID-19 pandemic, RTD has kept chugging along, albeit with some new rules for riders:

A major light rail stop on the north end of campus and a pair of bus lines that stop nearby provide countless ways to access adventure and get acquainted with Denver’s landmarks, nooks and crannies — which are still up and running during the pandemic.

The Denver Zoo started with a single bear — a gift to Mayor Thomas McMurry in 1896. Not being the ideal house pet, the bear was allowed to live in City Park, where it was quickly joined by bison, birds, prairie dogs and wolves, according to the Denver Public Library. Today, the 80-acre zoo hosts 3,600 animals and a variety of fun, quirky events for all ages, during all seasons.

How to get there from DU: Take the northbound Route 24 bus to the stop at York Street and 23rd Avenue. Walk half a mile east (into City Park) to reach the Zoo entrance.

Fun fact: Denver's Zoo was the first in North America to get rid of cages and bars, providing natural habitats for its animals.

The Bluffs Regional Trail is the perfect escape when you need a quick getaway and a Vitamin D fix. An easy stroll on the 2.7-mile loop may only yield a 200-foot gain in elevation, but it provides rewarding views of the Denver metro area, grassland vegetation, wildlife and the state’s vaunted Front Range of mountains. Bicycles, dogs and picnics are welcome, but don’t expect a lot of shade. (Sunscreen is a must.)

How to get there from DU: Take the southbound E Line to the Sky Ridge station. Walk or bike 1.2 miles southwest to reach the trailhead.

Fun Fact: Pikes Peak, which can be seen from the trail on a clear day, is the most visited mountain in North America. It is named for Zebulon Pike, who “discovered” the mountain in 1806 (native populations had been living there for more than a millennium). As it happens, Pike failed in his attempt to climb it.

How to get there from DU: Take the northbound E, F or H Line to the 10th and Osage stop and walk southeast (the heart of the district is at 8th and Santa Fe).

Fun fact: The gardens are located adjacent to Denver’s Cheesman Park, which used to be a graveyard. Really. 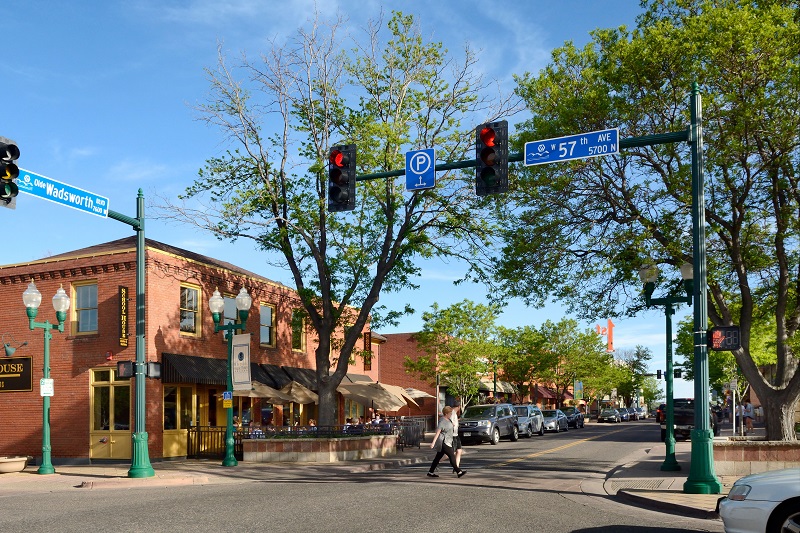 For small-town charm a stone’s throw from the big city, check out Olde Town Arvada, filled with boutiques, galleries and plenty of options for eating or drinking. To keep the fun going this summer (and stay safe), the city has blocked off stretches of its streets for dining and lounging.

Fun fact: The “Green Book,” a guide to African American safe havens that became the basis for an Oscar-winning film, lists several Five Points locations, including its iconic Rossonian Hotel, once known for housing one of the most famous jazz clubs in the West.