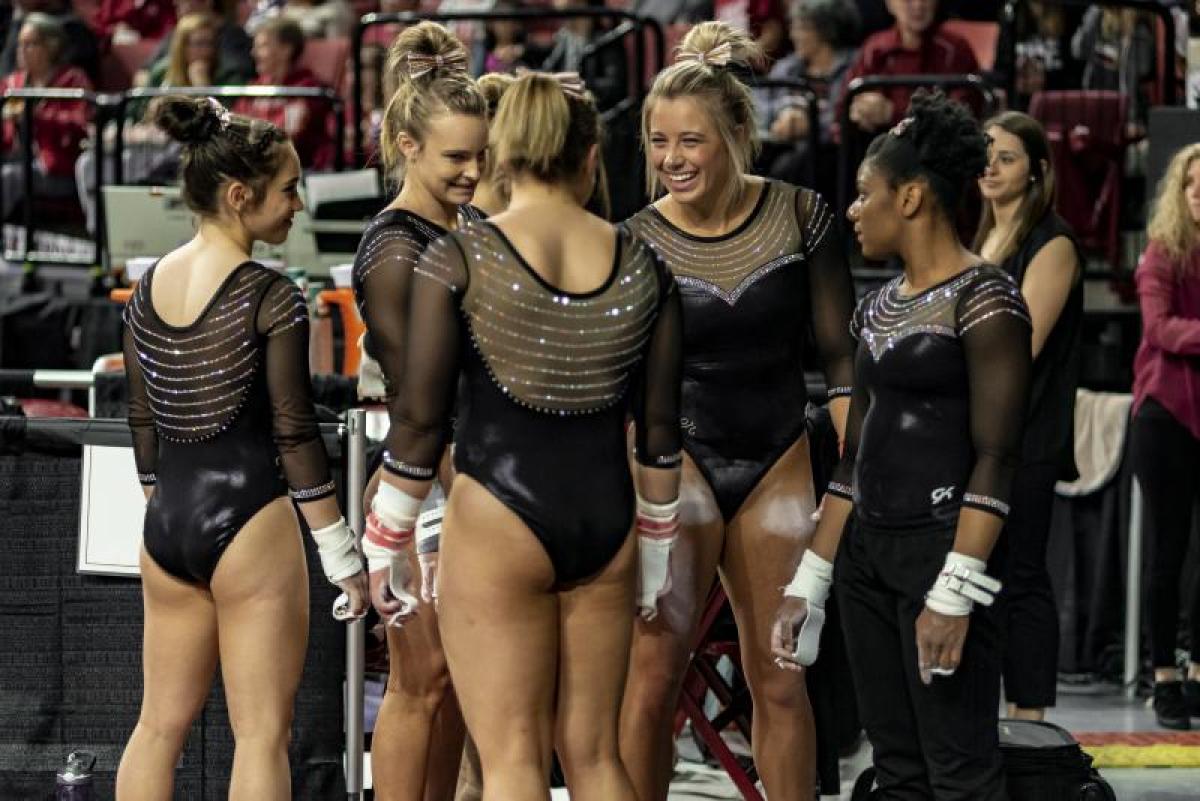 It’s been a record-setting season for University of Denver gymnastics. The team reached its highest national ranking in program history (No. 5), achieved a program record national qualifying score (197.545) and is coming off its highest ever postseason score at the Big 12 championships (197.250).

The success has earned the Pioneers a ticket to the NCAA regionals. It’s the team’s 21st consecutive appearance — every season under head coach Melissa Kutcher-Rinehart.

“When you are training as hard as we are in the gym, one of the goals of competition is seeing that training pay off,” she says. “We want to see the training and competition align as much as possible and not have there be a gap. This is the closest alignment we have seen, and to witness the consistency between the two of them — that’s what is so rewarding about our fifth-place ranking.”

“I never went into this season with any set expectations,” Vasquez says. “So achieving these accomplishments has been great, and experiencing it as a team has been amazing.”

Even with the individual accolades, the emphasis this year has been on that team success. Last year, as a team, the Pioneers fell short of qualifying for the NCAA national championships. Brown, as a freshman, was an individual qualifier in 2018.

“It is so much more fun when the entire team is there. That’s just something that we all understand — that it is critical for us to have the entire team advance,” says Karr, who credits the depth of the team as a big reason for the success they are experiencing. “We are seven and eight routines strong this year, where in the past we’ve maybe only had five or six. Those seventh and eighth spots are really pushing those girls who are competing.”

This year, the NCAA has created a new format for postseason competition. The field of 36 schools is divided into four regions, with nine teams competing in each region. The two lowest-ranked teams in each region will compete on Thursday, with only one advancing. On Friday, the remaining eight teams will compete in two four-team meets. The top two teams from each meet will then compete on Saturday, with only two teams from each region advancing to the national championships on April 19.

“I love it, and I’m so excited,” Kutcher-Rinehart says. She believes the shift in tournament structure will reduce injuries among the student-athletes, make the meets more entertaining for the audience watching on television and require more strategy for the teams who are not used to competing on back-to-back nights.

“That is definitely new territory for us, how to compete on back-to-back nights,” she says. “You can no longer go out there and just be great for one meet; you have to have consistency across both meets.”

The Pioneers spent this past weekend during practice simulating what it would look like for them to compete two days in a row. They ultimately hope this will be another example where their hard work at training will be mimicked during competition.

“I think it will be a great test for all the teams, and it will show which can maintain their routines so that you can go into the second day maybe even stronger than the first,” Vasquez says. “It’s very challenging, but I’m looking forward to having that opportunity with our team.” 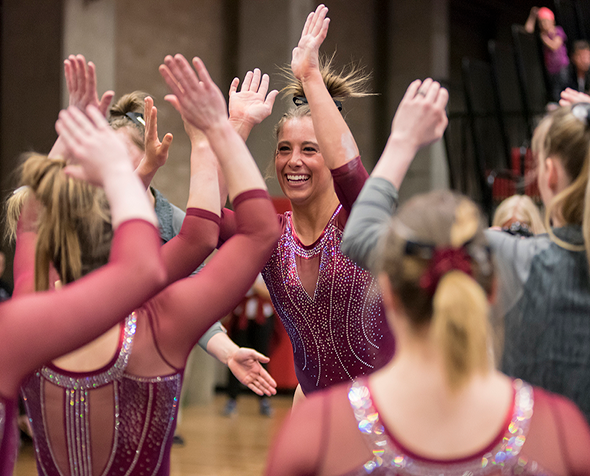