Exploring the Creative Side of Electronic Music 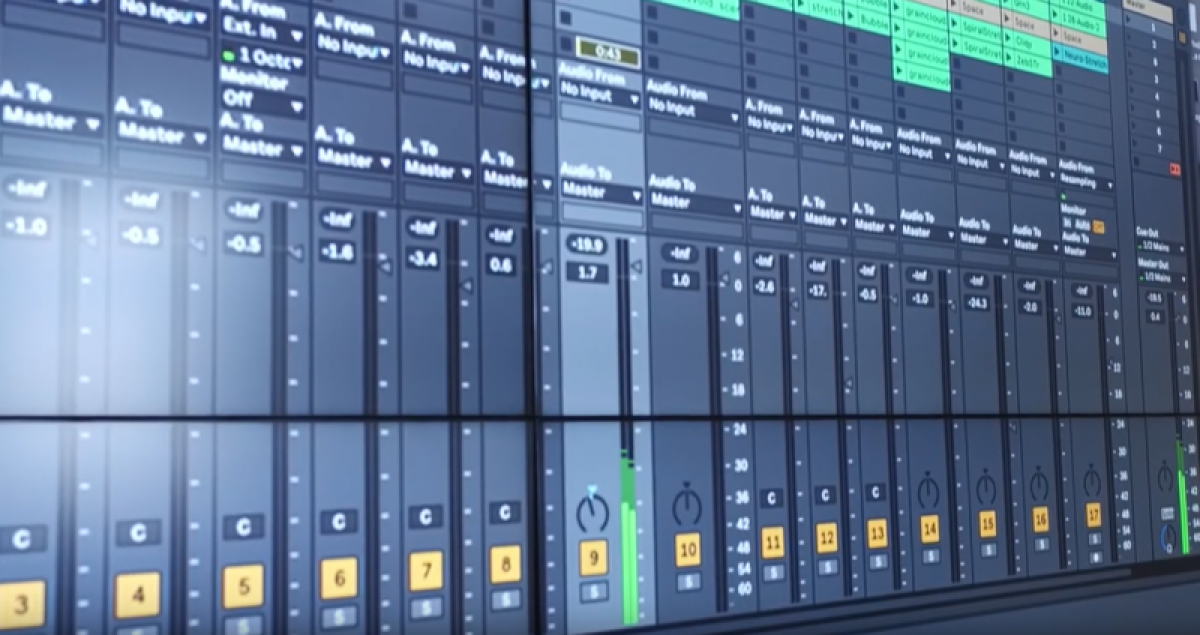 “Everything that I love to do just happened to make me the perfect candidate to lead an initiative like this.”

It might sound a bit clichéd, but Michael Schulze has been waiting his entire life for a position that allows him to compose and record music, play with electronic musical instruments, collaborate with choreographers, experiment with artificial intelligence (AI) and work with students — the future of the music industry. That’s why Schulze was the perfect candidate to serve as executive director of the Joseph and Loretta Law Institute for Arts and Technology (LIAT).

Schulze started in college as a trombone major, but graduated with a degree in music technology, a major he largely created on his own. Following college, he worked for 15 years as the director of audio services at the famed Oberlin Conservatory of Music before coming to the University of Denver in 2003. After arriving at the Lamont School of Music, he helped start what has now become an award-winning bachelor of music program in recording and production. The program trains students as engineers and producers in rock, jazz, classical and other musical genres.

In 2017, LIAT was formed as a hub for research and education in multimedia performances. The institute supports future generations of artists and creators through art, technology, culture and education. This quarter, Schulze launched the first two courses to be offered by LIAT and Lamont. The first is an electronic music class focusing on synthesizer programming; the second is a new song-writing class. Both courses are open to all students across campus and are already so popular that they are at capacity.

“There are so many talented and passionate music-makers among the student body who did not necessarily come up with a formal music education,” Schulze says. “The classes are an interesting mix of half music students and half everyone else. All these students with different backgrounds and different focuses are coming together collaboratively and giving each other ideas that might not have occurred [otherwise].”

In addition to music majors, the classes attract students from computer science, engineering and business. “We can train them here in a different way to encourage and further their musical endeavors,” Schulze says.

For example, the institute plans to partner with the Department of Media, Film and Journalism Studies to produce the music for a short film. Lamont students will compose, perform and record the music, which will be produced by an award winning Hollywood film composer.

Schulze is in collaboration with Goncalo Fernandes Pereira Martins in electrical engineering to develop sensors that create sound as performers move on a stage. He also is working with Laleh Mehran in Emergent Digital Practices and Sarah Morelli at Lamont to develop similar sensors for kathak dance performances. In this case, the sensors will track the positions of the dancers on stage and create video projections to help illustrate their stories in ways never done before.

“Electronic music composers have been experimenting with AI since the very beginning of AI,” Schulze says. “We are using it, for example, to train a computer to be a real-time musical, interacting band member. I can train a computer algorithm to listen to music I’m playing on a keyboard and jam with me.”

All this research and work with students will be applied directly to performances, whether it’s kathak dance shows, recording original scores for film, or collaborating with the Boulder Ballet to help dancers create music in real time with their movements.

“Everything that we are doing here resonates personally with my passions and interests, and I’m finding that it also resonates with my students,” Schulze says. “It is really exciting because what is going to come out of this is more creative work, more artistic work and richer experiences for students to go out and really be creative artistic professionals rather than just recording engineers or music producers.”