In its sixth year, the GlobalRes program is using a new curriculum to produce global citizens 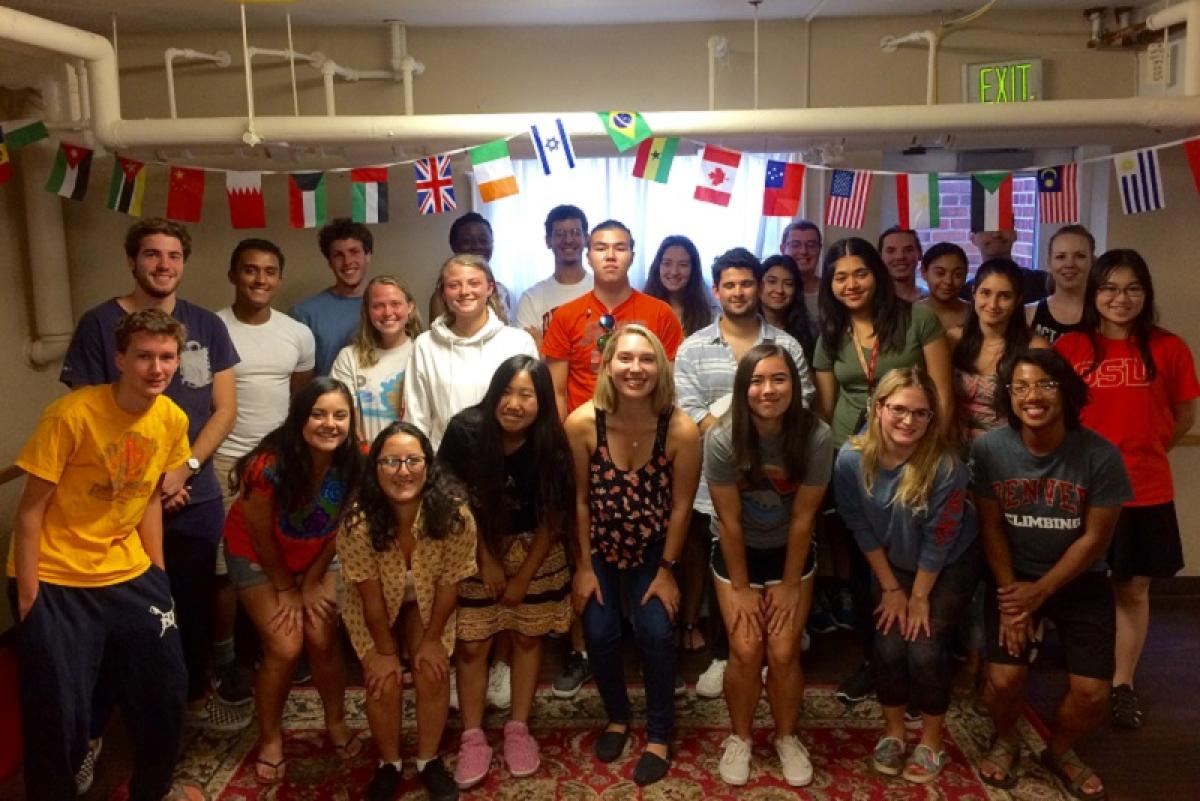 The students lounging on armchairs and couches at the Hilltop Apartments are taking off their shoes. Some giggle nervously and whisper to the person next to them as they switch their sneakers to the opposite feet. It’s awkward. It feels weird. And then it becomes clear that a bit of discomfort is exactly the point.

Welcome to orientation day for the sixth iteration of GlobalRes, a sophomore living community targeted at DU’s robust international student body (boasting 1,027 undergraduate and graduate students from 81 countries) and domestic students eager to broaden their horizons.

“I definitely want to get to know Americans more, because they really do show interest in your culture as well, and I like that about them,” says Abdul Ayad, a computer science student who calls Lebanon and the United Kingdom home. “Even though I can be a bit introverted sometimes and scared to meet new friends, I feel like this will force me to meet new friends in a different way.”

Ayad is sitting beneath a bright tapestry of foreign flags. He fears miscommunication and desires an international family, not unlike others of the 25 classmates joining him in the program.

Over the course of the year, each will participate in a newly formalized curriculum featuring a number of cross-cultural events that go deeper than food and music. Each student also will undergo specialized training to earn a special certification in intercultural awareness and competence. Melinda Cain (PhD '92) , managing director of Real World Solutions, provided an introduction to the certificate at orientation and will continue to check in with the students throughout the year.

Making it possible is a campus community that has bulked up its support as it aligns GlobalRes directly with DU IMPACT 2025’s calls for inclusion, diversity and globalization. A close partnership with the Inclusion & Equity Education program, housed in Campus Life & Inclusive Excellence, has allowed for graduate student Kelly Hill to live on site and serve as an advisor for the sophomores.

Hill, who also coordinates DU Dialogues programming, draws on her experience to facilitate deeper conversations about culture. Her efforts complement the immersive living experience that has been the cornerstone of the Office of Housing and Residential Education’s program.

“Just pairing international and domestic students in their rooms together creates a learning environment,” says Khouri Markos, director of residential education and founder of GlobalRes. “They’re not getting academic credit for this program, so they’re signing up saying that they’re looking for a more diverse experience, and they’re looking to meet people who are different than themselves.” 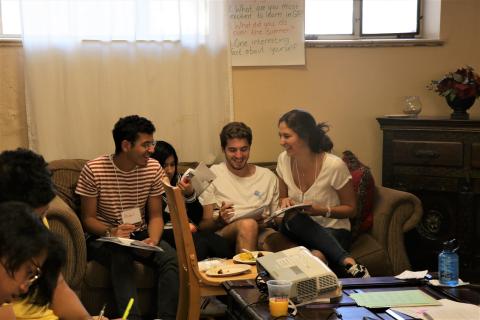 More students than ever before are seeking that experience, Markos says, pointing to a record number of applications this year and crediting the increased interest to an abrasive political climate. The result is a larger, more diverse living community than ever before. American students from all corners of the country join eight international students representing four different continents.

“That’s what drew me to Global Res is the people from interesting backgrounds,” says Jaden Hutchins, a geography student who grew up in Evergreen, Colorado.

As a mixed-race student, Hutchins explains, she knows what it’s like to be a minority in the United States. But from the minute she joined the GlobalRes program, she says, she realized people like her Vietnamese roommate have a different “outsider” experience.

“I wanted to see what it would be like for other people who come from different places and see that perspective,” she says. “Where else are you going to meet new people from different backgrounds and then actually [become] a close-knit community and, hopefully, a second family?”

Like many of the students in GlobalRes, Hutchins hopes to leverage her experience into a positive study abroad quarter in the future.

In her second year with the program, Hill, the graduate student coordinator, has already witnessed lasting results from the consistent exchange of food, language and unfamiliar experiences.

“These are relationships that they follow through with,” Hill says. “It gives them the experience of the world past GlobalRes. It’s been really cool to hear them say [later], ‘I’m going to visit [a classmate’s] family in this country.’”

Back to orientation day. The 26 sophomores have just finished a discussion on stereotypes and the importance of recognizing cultural filters. Before they depart for lunch, the speaker at the front of the room reminds them to look down at their feet. Their shoes are still inverted, but the sophomores have adjusted.

“It’s more comfortable to release your culture [here] in a way,” says Ayad, the student from Lebanon and the U.K. He already has plans to discuss his Muslim religious background and prepare Lebanese cuisine for his roommates. “I feel like sometimes I’m educating them and learning about them as well because they have their own culture and that’s very interesting.”