A few weeks before finding out he would be attending the University of Denver on a full scholarship, Roman Shrestha had never even heard of it. The Nepali first-year student was set to attend the University of Tyler at Texas this fall until April 13. That’s when he and 59 other students had their full-ride scholarships revoked due to a now-infamous clerical error.

The email notifying him that he had lost his funding couldn’t have come at a worse time, Shrestha says. He was in Kathmandu awaiting his visa interview and celebrating the Nepali New Year the night he opened the message. “I didn’t have any options left,” he recalls. “I had withdrawn my application for other universities, so after my scholarship got canceled, I started looking for other universities where the application was still open.”

Shrestha remembers frantically discussing his options in a Facebook group chat with other students who shared his plight. They asked for help from advisors at EducationUSA, a branch of the U.S. State Department, hoping to make connections that could advocate for them. After a few days of trying to contact the University of Texas, the university told the students that it had made an administrative error, and nothing could be done. 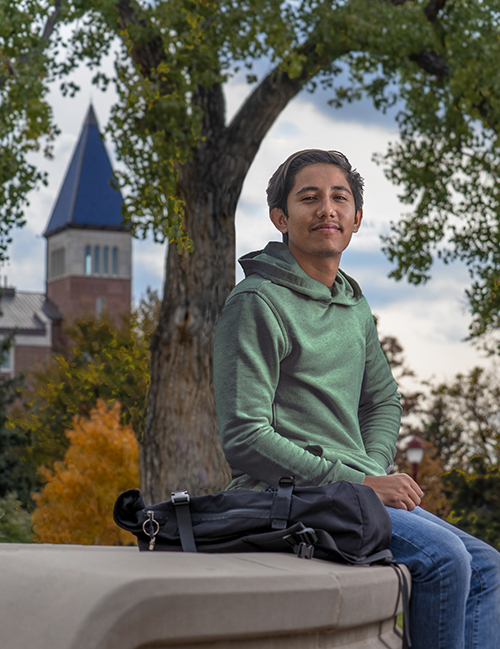 That’s when Shrestha and his friends decided to take action. “We didn’t have any other ideas, so we planned to raise our voices against the university on Twitter,” he recalls. “We tweeted 30 tweets per person per day.” Eventually their plan worked. A blogger in Tyler caught wind of their story, and the tale was ultimately covered in major media outlets.

Despite the attention, Shrestha still didn’t have a solution. As the news spread, many universities across the U.S., Europe and Asia offered to help. A high school counselor in Singapore, Joan Liu, who Shrestha calls “the backbone of our movement,” reached out to her connections everywhere. He continued to apply to schools around the world, a time that he says was “like the Hunger Games,” with the Nepali students all competing for the small number of available spots.

And then fate stepped in. One of Liu’s connections happened to be Marjorie Smith, DU’s assistant vice chancellor and director of international student admission. Once she was notified, Smith brought the matter to the attention of Todd Rinehart, vice chancellor for enrollment. Thanks to merit scholarships and an additional endowed scholarship fund available for international students, they agreed it was possible to offer a full-ride for one of the Nepali students.

“Our decision was made all the easier because the Nepali students were excellent,” Smith says. “We understood this was an opportunity for DU to live our mission of serving the public good.”

Finally, Shrestha’s luck began to turn. “I was at the model U.N. conference in May and received an email late at night from Marjorie Smith asking to talk,” he says. “We had a conversation, and she told me DU could provide a full scholarship. I accepted the offer on May 13, exactly one month from the day my initial scholarship was denied.”

“Roman’s application stood out in that he had taken a very active role in bringing the students’ plight to the public’s attention through social media,” Smith says. “His selflessness, altruism and advocacy reflected the DU Pioneer Spirit in every way.”

Shrestha, who plans to major in chemistry and business, is already benefitting from one element of DU’s culture—a rewarding relationship with his professor. Before arriving on campus, he reached out to chemistry professor Balasingam Murugaverl seeking a job as his teaching assistant. While Shrestha wasn’t eligible for that post, Murugaverl led him to another opportunity working as a lab assistant.

In addition to working in the lab, Shrestha enjoys drawing on his professor’s academic expertise. “I always spend 10 to 15 minutes after class with him, talking about questions that didn’t come up in class that day,” he says.

“The education system is better than I expected,” he says. “In Nepal, we go to school from 10 a.m. to 5 p.m. six days a week. Here you get to enjoy your class and social life, and you get to know each other.” 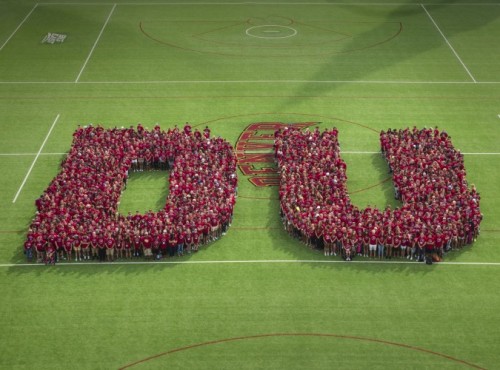 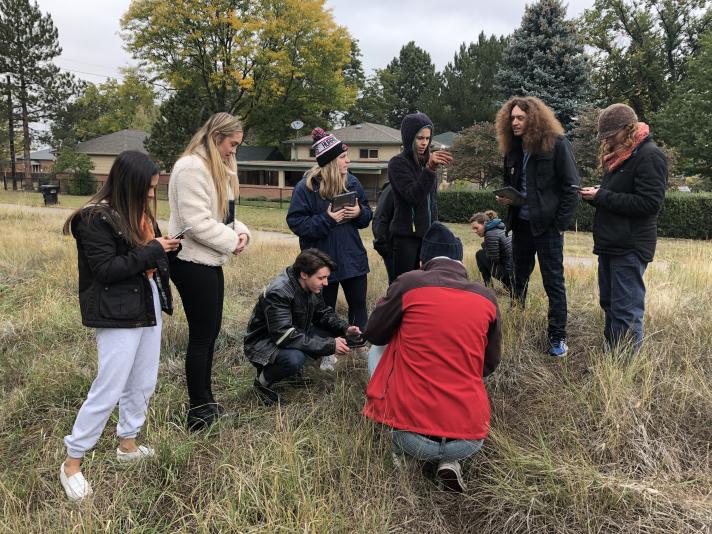