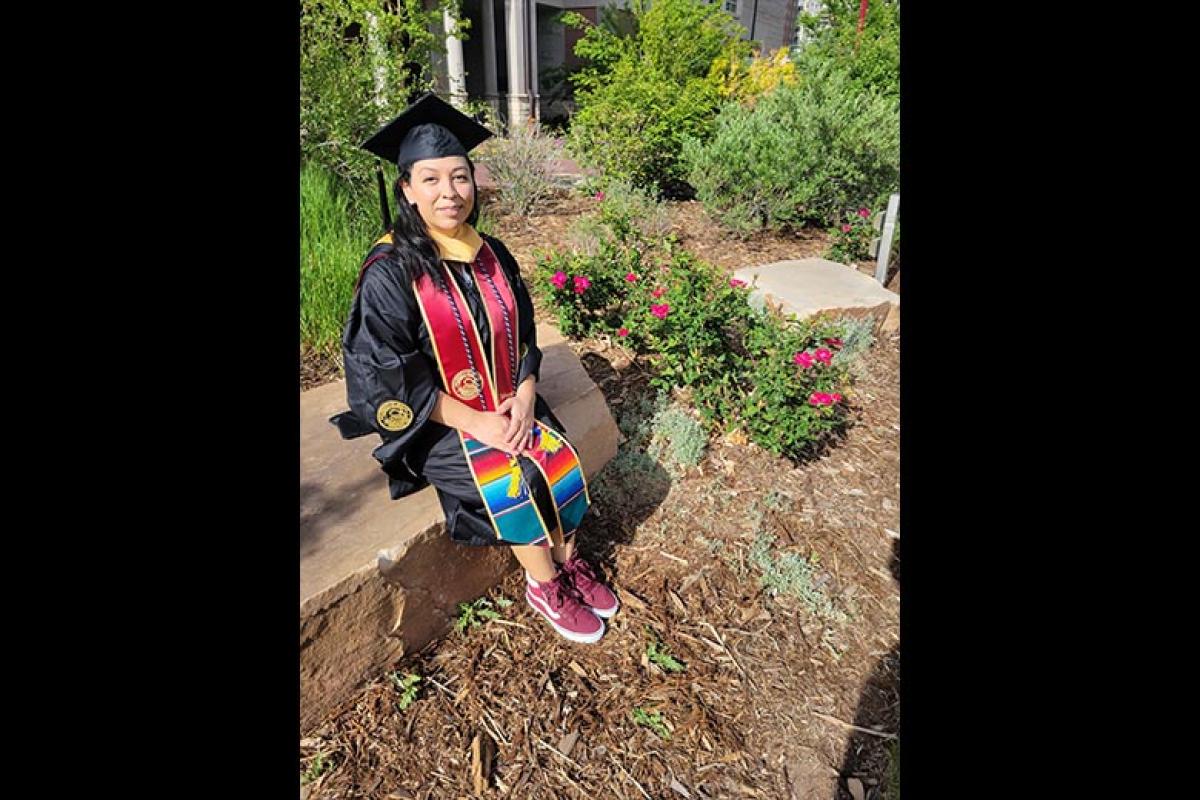 When Arely Garcia told her family she was going back to school, her young children had questions.

“Mom aren’t you too old?” they asked.

“You’re never too old for school,” Garcia says. “This is college.”

Garcia started at the University of Denver’s Graduate School of Social Work in 2018. This spring, she earned her MSW.

Garcia is the youngest in a big, blended family. Thrust into the role of family translator, she noticed injustices. They came in different forms and sometimes were downright rude.

“¿Qué dijeron?” her parents asked. What did they say?

She never translated the comments. Instead, she used them as kindling to ignite her passion – social work.

At GSSW, Garcia flourished inside and outside of the classroom.

Through her internship with One Colorado, the state’s leading LGBTQ advocacy organization, she made a real difference. With Garcia’s help, Colorado passed a foster care bill supporting LGBTQ families and youth.

Polis and his husband have two adopted children.

During Garcia’s time at One Colorado, she wrote a gender-affirming care guide, which provides best practices to validate gender expansive, transgender and nonbinary people.

She also created a database of Gender Sexuality Alliances, which unlike other clubs aren’t always sanctioned within a school. And though laws ensure equal opportunities, it’s hard to track.

“The LGBTQ youth are used as a political talking point. There are some folks who are still very uncomfortable with a club that affirms LGBTQ youth or allies,” says Nadine Bridges, executive director of One Colorado.

As the first African American and first woman to helm the nonprofit, Bridges strives to give people of color opportunities to learn and connect. She calls Garcia the definition of allyship.

“She fully understands her identities and the impact it can have on communities. That’s what we want social workers to be,” Bridges says.

Garcia credits that to the introspective nature of GSSW’s coursework. In Power, Privilege and Oppression, she was given the space to confront her own biases.

“I learned so much about how impactful microaggressions, like misgendering, are. Even if it’s unconscious to us, how impactful it is to the other person,” she says.

Garcia’s work is far from over. She will soon fulfill her dream of becoming a licensed clinical social worker. With an MSW in hand and the Colorado jurisprudence exam behind her, Garcia is well on her way.