Gymnastics already guaranteed to have best finish in program history 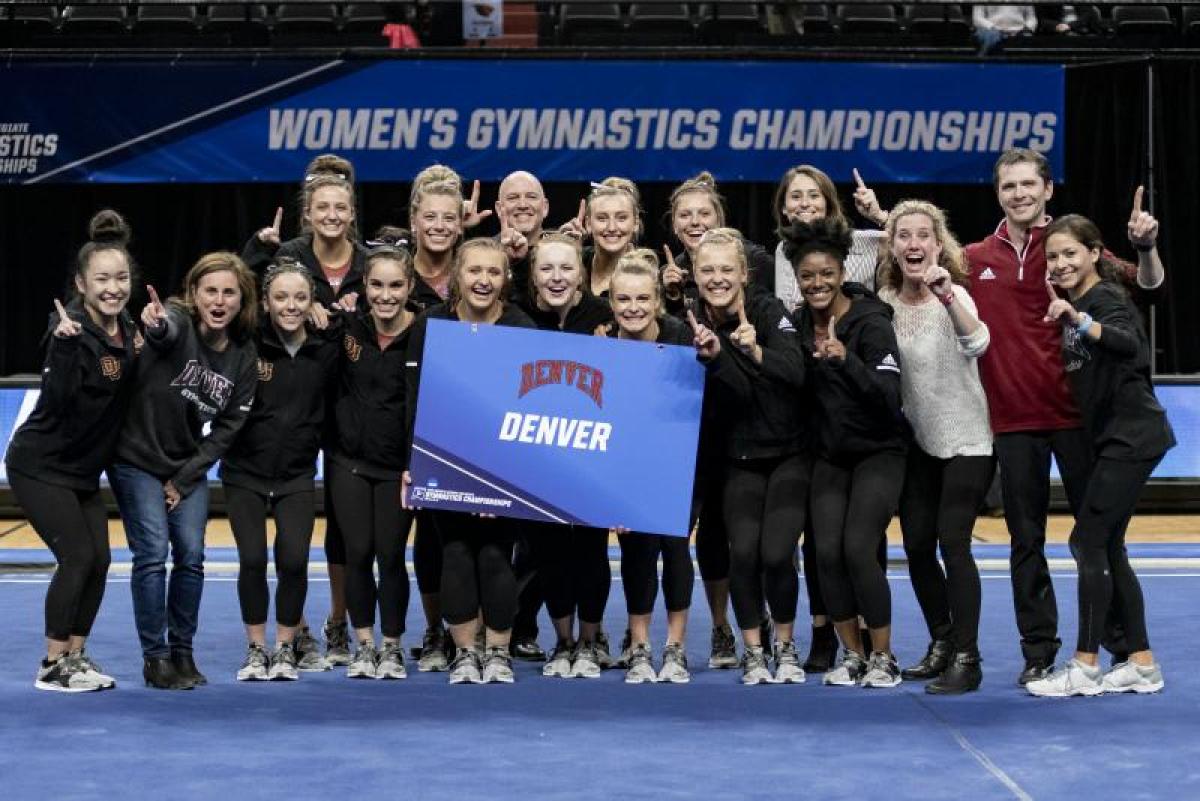 It was the final routine in the final event of the night. University of Denver senior Kaitlyn Schou stepped up to the beam to perform at the NCAA women’s gymnastics regionals in Corvallis, Oregon. At stake that evening two weeks ago was an opportunity for DU to advance to the NCAA National Championships for only the fifth time in program history.

It easily could have been the most pressure-packed performance in Schou’s career, with a ticket to nationals resting on her shoulders. Instead, she says, it became one of the most fun beam routines she had ever performed in competition.

“I told everyone before I went, ‘You are not allowed to cry yet; you have to wait for me to take one more turn, and then we can all cry and be happy together,’” she says. “By that point, we knew we had already secured a spot for nationals. It was amazing knowing that everyone in front of me had done their job and I could just compete in complete freedom.”

With the pressure off, Schou performed a career high-tying 9.95 beam routine. It was the highest beam score of the entire meet and epitomized the type of night the Pioneers were having. When the scores were tallied, DU had registered its highest ever postseason score, captured the program’s first ever regional championship and most important, advanced to the national championships. The strong performance also guaranteed that no matter what happens this weekend, the Pioneers will finish with their highest ranking in program history.

“It’s really nice to know that no matter what we do now, we can’t finish lower than eighth in the country,” says head coach Melissa Kutcher-Rinehart. “That does take some pressure off, and it is rewarding for the season that we’ve had. However, we have a very competitive team, and I don’t think the goal is just to go to nationals and have fun. When it comes time to compete, they will dial it in.”

On Friday night, the fifth-ranked Pioneers will compete in the semifinals against No. 1 Oklahoma, No. 8 Georgia and No. 15 Oregon State. The top two teams will advance to the finals on Saturday night to compete against the top two teams from the semifinals featuring No. 2 UCLA, No. 3 LSU, No. 6 Utah and No. 7 Michigan.

“We are not just happy to be at nationals,” Schou adds. “We are pushing for the final four, and we know we have a great chance of being there — and we should be there.”

The Pioneers do not have to defeat Oklahoma to advance to the final four. However, to win a national championship, they will need to take down their Big 12 rival, a feat that has not been accomplished since the Pioneers joined the conference in 2016.

“We have been so close to them in the past, and it’s been just little things here and there that have been the difference,” Karr says. “We have not been trying to make up a point difference; it is just a couple tenths of a point, and so being that close is encouraging.”

On three different occasions this season, DU competed in meets that also featured Oklahoma. These were the only meets that the Pioneers did not win, and on two occasions, they finished less than four-tenths of a point behind the Sooners. Recognizing how close the finishes have been, the student-athletes know every fraction of a point counts, and for the seniors on the team, they understand they have the ability to do something special in their final weekend of competition.

“Knowing that we have the ability to go so far is really exciting,” Schou says. “I try not to think that I’m almost done, because that is kind of sad. However, knowing that my final meet here will be on such a big stage and with such amazing people is so exciting.”

You can watch the University of Denver compete in the team semifinals on Friday night on ESPNU and ESPN2. Coverage begins at 5 p.m. 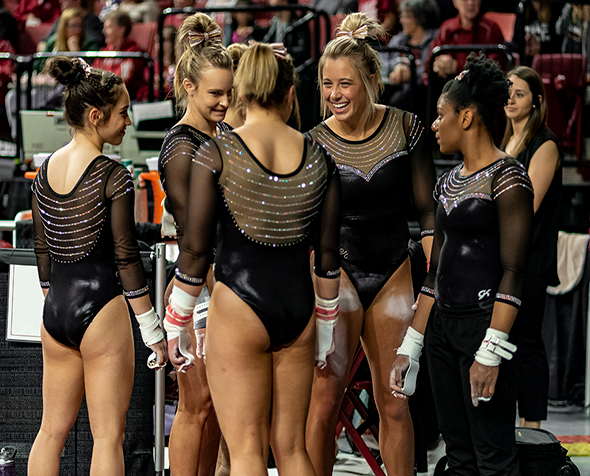