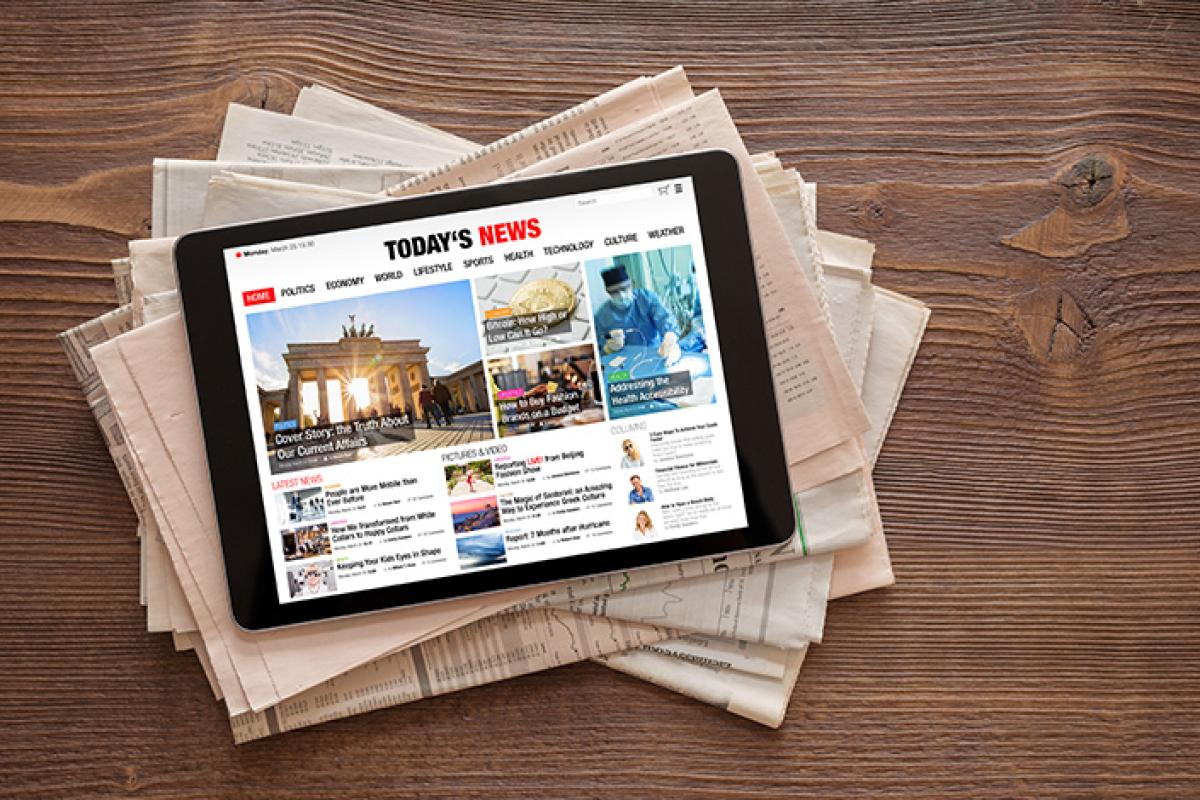 It’s easy to catch but often difficult to detect. Some cases are mild, while some are dangerous. Some of us are more capable of fighting it off.

The more Juli Parrish thought about “fake news” — the intentional distortion and misrepresentation of information — the more she saw similarities to the way the coronavirus swept the globe.

When Parrish heard Kareem El Damanhoury, an assistant professor in DU’s Department of Media, Film and Journalism Studies, tell the RadioEd podcast in March that fake news is “like another pandemic,” the lightbulb went off.

“That specific comment made me think, ‘Oh, is fake news a virus?’” says Parrish, a teaching professor and director of the University’s Writing Center. “If it’s a virus, how does it circulate? What’s the treatment? What does it mean to be inoculated against fake news? How does that happen?’” 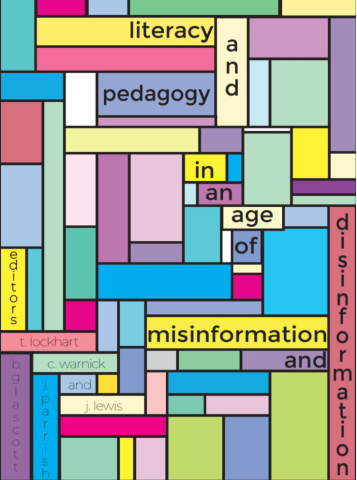 These are questions Parish has been asking for years, albeit without the medical metaphors. Some answers may be found in “Literacy and Pedagogy in an Age of Misinformation and Disinformation” (Parlor Press, 2021), a publicly available collection of essays and interviews she co-edited with  a team of faculty from around the country.

Chapters include the perspectives of academics, high school teachers, librarians, magazine editors, activists and students, addressing the complexity of fake news and offer suggestions for stopping its spread — including advice on teaching media literacy.

In an interview with the DU Newsroom, Parrish explains the ways fake news seeps into higher education and how faculty can fight back. This conversation has been edited for clarity.

How do you encounter fake news and misinformation in your work?

In my field (English, composition studies, rhetoric), many of the practices that we have counted on for so long seem not to always work in the face of an entirely new virus of fake news. I think back to teaching undergraduate students how to assess their sources: OK, you look at the author, you look at their credibility, you try to figure out when it was done. But that doesn’t account for it being intentional misinformation. What if the source you’re looking at has been created by an algorithm in order to deceive you? We may need new practices that allow us to teach people how to understand that complexity.

You’ve been working with college students for more than 20 years. Have you seen a shift in the quantity of misinformation or the way people might come across it?

For sure. In the book we distinguish a bit between mis[information] and dis[information]. Misinformation is the misrepresentations that are maybe not intentional, that happen when news gets passed from one source to another and then get distorted over time. Whereas disinformation would be the active intention to spread false stuff. We have to be able to acknowledge and recognize some shades of falseness, or we lose our ability to distinguish between the two.

At DU, I feel like we’re really lucky because we have smart, capable, curious students, but still, they may not know how to distinguish between a credible news website and a website that looks exactly like a credible news site but isn’t.

One of the things that Kareem El Damanhoury emphasized in that podcast episode was the importance of teaching media literacy in college, or before college. And that sounds like what you’re hoping to accomplish.

Yes, and I think some of the best parts of the book [introduce readers to] high school teachers, librarians, people who work for activist organizations who are trying to use memes or other circulating pieces of information to make some kind of change. And if part of the problem of fake news is that people get locked into a bubble that really shapes what they learn, when does that start and how is it interruptible? [For] college students, are their bubbles [already] formed?

Tell us more about what’s in the collection and what it took to compile it.

Right around the time of the 2016 election, I and my co-editors at Literacy and Composition Studies journal, an open-access, peer-reviewed journal, did a special issue on literacy, democracy and fake news. And we were really looking for people to think about what in our practices, what in our frames of reference and understanding, needs to change in order to be able to address problems of fake news that we saw as rampant at that time. We had over 50 submissions for the journal. We accepted five. And then we thought this is really a much larger project.

There are three kinds of content. Primarily, there are traditional academic essays by scholars in writing studies and information literacy. There are also short essays by practitioners — [including] high school teachers and magazine editors — who encounter fake news outside of academics or outside of higher ed. And then there is a set of interviews with people who have a reason to have skills or strategies or practices for combating fake news. So some of that is how to teach information literacy to high school students, or it might be, from the editor of Wired magazine, how do they encounter fake news from the position of the publisher of the magazine, and how do they think about that?

Why was it so important to gather voices from outside higher education?

It could be easy to think that [those of us] inside of English or composition studies who teach first-year writing to undergrads, that we’re the prime people to teach better skills, but it’s just not true. College students or people in general, they learn from everyone. Without librarians and without people in other fields, whatever we come up with is going to be limited. We can’t only rely on our same old practices of assessing credibility, choosing sources and writing good arguments, when we see that the people who are doing the most public and active work aren’t always people in higher ed. I think we need those voices to teach us a different vocabulary and a different set of practices to do our work.

Is there anything else that you think is important that people know?

I think that there’s a shorthand way sometimes that college professors and/or people of a certain age talk about digital natives, as younger people who have just kind of grown up knowing how to do everything with technology. And I think that assumption gets in the way of us remembering and recognizing that we really have to teach some basics and learn some basics ourselves about getting our information from a digital world. Nobody knows naturally how to decode or operate on the internet. And younger people don’t necessarily have that skill built in.

We — I mean faculty and staff, teachers, librarians, journalists, activists, teachers, internet users, readers, writers — shouldn’t think that we are immune to being part of the problem. And maybe the immunity is what goes back to that virus metaphor. We can’t assume we already have all the answers in front of us for identifying, engaging with and intervening in instances of misinformation and disinformation. One of the implicit arguments of the collection overall is this: Mis- and disinformation aren’t new, but the ways that they circulate, the ways they are created and sustained by bots and algorithms and software and social media may, in fact, be new. And so we need frameworks for helping one another see and respond to them. Do those new ways rely on time-tested strategies for teaching literacy and notions of critical thinking? Absolutely. But we also need to think differently — and across disciplines — about what it means to be literate and to teach literacy now.