Taking the Court Out of Divorce 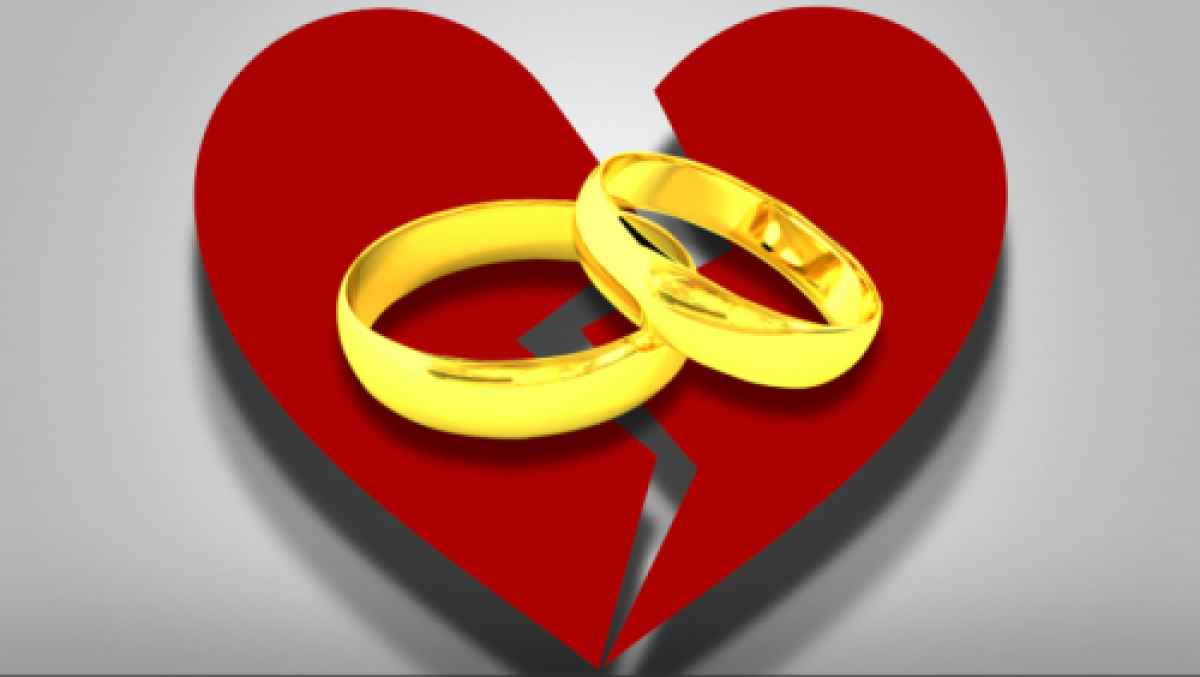 When it came time to end her marriage, Amy D. wanted to work with — not against — her husband of 18 years.

Their day-to-day relationship was characterized by plenty of conflict, she recalls, so for the sake of their three children, then ages 15, 13 and 11, she and her husband hoped they could divorce without tearing the family apart.

“We weren’t looking to lawyer up,” she says. Nor were they looking to quibble over every asset or clash over who would have the kids for which holidays.

As it happened, Amy and her husband, who asked that their last name not be used to protect their privacy, didn’t need to pursue the traditional “adversarial” divorce — the default option for most couples seeking to end their marriages. They turned, instead, to the University of Denver’s Resource Center for Separating and Divorcing Families (RCSDF), a multidisciplinary demonstration project that was designed, developed, tested and fine-tuned on the DU campus. After two years, the program evolved into a Denver-based nonprofit venture, the Center for Out-of-Court Divorce (COCD). To date, it’s the only agency of its kind in the country, offering, under one roof, not just an alternative path to divorce but most of the services a separating couple needs.

For Amy, the RCSDF was a godsend, allowing her and her husband to bypass the cold formality of the courts while tailoring their divorce to their circumstances. Just as important, it allowed them to shave thousands of dollars off the cost and preserve stability for their children.

“It was much more relaxed, much more personal,” Amy says, comparing the RCSDF experience to her initial expectations and to the more conventional divorces of friends and acquaintances. Most astonishing of all, it provided her and her husband a chance to work in partnership.

“After the initial meeting [with the center], we did everything together,” Amy recalls. And by doing so, the two offered their kids a positive model for resolving a difficult situation.

That, says Sue Carparelli, executive director of the RCSDF’s successor, is what divorce should be like. “The traditional divorce process is about severing a contract,” she says. But it also should be about “keeping something whole for the kids.”

A new way to divorce — designed and developed at DU

The RCSDF — and, by extension, the COCD — is the brainchild of DU’s Institute for the Advancement of the American Legal System (IAALS). Founded in 2006, the institute is dedicated to facilitating continuous improvement and advancing excellence in the American legal system by forging innovative and practical solutions to systemic problems.

If any legal process was in need of innovation, says IAALS Executive Director Rebecca Love Kourlis, it was divorce. 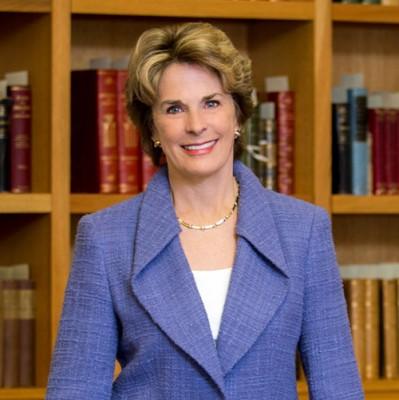 “There are such huge numbers of people in the United States whose principal contact with the justice system comes in the context of a divorce or separation,” Kourlis, a former Colorado Supreme Court justice, says. And all too often, their experiences are traumatizing.

That’s in part because courts today deal with divorces much as they have for generations — even though the American family, American society and the law have changed considerably. For one thing, Kourlis explains, divorce proceedings no longer hinge on one party being at fault. But even with no-fault divorce, the justice system still shoehorns cases into an adversarial model borrowed from civil courts: Party A vs. Party B — with the emphasis on versus.

Hardly anyone benefits from this model, Kourlis says. “[The adversarial model] can be polarizing and [injurious to] children in pretty deep-seated ways. And it can have ramifications for businesses, for employers, and for the physical and mental health of the individuals going through a divorce. … In fact, [it often makes] a bad situation worse, or a moderate situation bad.”

In the interests of alleviating that damage, IAALS tasked its Honoring Families Initiative with researching alternative approaches and proposing a process and program that could be incubated on the DU campus. Ideally, the program would draw on resources in the University’s professional programs and offer students a resume-enhancing opportunity to put their classroom learning to the test. As Kourlis remembers it, “We said, ‘OK, if the current system isn’t working for families, what will?’”

That question was addressed by a multidisciplinary team of judges, lawyers, psychologists, academics and therapists — people well versed in the challenges associated with divorce. After months of research and deliberation, the group proposed a model based on a program in Australia. The model would offer a full complement of services — everything from legal dispute resolution to financial mediation and family therapy — by a single entity. What’s more, that entity would manage each case, shepherding the divorce from the initial filing through the final orders, issued by a judge at a noncontested hearing outside of the courthouse.

According to this model, legal disputes would be addressed by students from DU’s Sturm College of Law, while students in the Graduate School of Social Work and Graduate School of Professional Psychology (GSPP) would handle most of the therapeutic responsibilities. Because the University doesn’t offer graduate-level programs in financial planning and mediation, that service would be provided by outside personnel.

By offering all these services at one location, the RCSDF would spare families the stress of trekking all over to meet with a lawyer here, a therapist there, and a financial advisor still elsewhere. In addition, Kourlis points out, the coordinated services would allow student practitioners to learn from each other and to gain knowledge about topics they otherwise might not explore.

The RCSDF opened its doors in September 2013. Over the next two years, it served 82 families, most of them from lower-to middle-class income brackets and most of them with only one or two children. Forty-three families completed the program, with 39 couples receiving permanent orders. A handful of those who left the program did so after discovering that they didn’t want to divorce after all or that their differences were so pronounced that they needed to return to the courts.

Those who did complete the program shared Amy D.’s appreciation for its anxiety-alleviating process. In fact, a formal evaluation of the pilot program, completed in June 2016, showed that the RCSDF process resulted in lower levels of stress, decreased acrimony, improved communication between parents, and increased confidence in their ability to share parenting responsibilities. Just as important, the process contributed to “more realistic emotional expectations” of their children.

As an MSW student in 2014, Kelsey Carlson interned with the RDSDF, helping couples and children learn to talk about and make sense of their experiences. She found the experience of working not just with individuals but with “family systems” so gratifying that she stayed with the program when it became the COCD, joining the organization as a social worker.

From the beginning, Carlson helped couples fine-tune their communication skills and devise a workable way of co-parenting in the aftermath of the divorce. She also conducted play therapy with children ages 5 to 9 — an experience that taught her a lot about the vulnerabilities of this population.

“You start out building a rapport and building trust. You know that is established once they start opening up,” she explains. “You can help them process what’s going on, and they can use [that insight] later.” 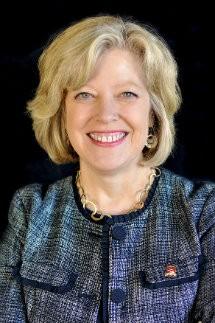 That attention to the well-being of the family is one reason Shelly Smith-Acuna, dean of the Graduate School of Professional Psychology, was eager to see students in the doctor of psychology (PsyD) program participate. To her mind, the RCSDF offered a chance to see how families could benefit from a new paradigm, one that “puts the kids front and center.”

“Nobody sets out and says, 'we’re going to have a really terrible divorce,'” Smith-Acuna explains. “But the only way to have a win-win outcome is to have a plan.”

A parenting plan, in fact. Smith-Acuna credits this blueprint for postdivorce family life with removing kids from the middle of a loyalty contest and putting them at the center of efforts to preserve family stability. The parenting plan is put together with the help of therapists versed not just in conflict resolution but also discernment therapy, which can help couples work through differing agendas to identify areas of agreement.

When Amy and her husband worked to devise their parenting plan, she took comfort in the RCSDF’s deliberate methods and objectivity. The final document, she says, covered everything from who will spend which holidays with the children down to what time does a holiday — Christmas Eve, for example — start.

“It’s very easy to say, 'We’ll deal with that when the time comes,'” Amy says. But as she learned, it’s best to clarify even the most minute details from the beginning. “The parenting plan was one of the hardest things that we did,” she says, adding that the difficulty paid off in terms of reducing the potential for conflict later.

From pilot project to viable nonprofit

Some months after beginning out-of-court proceedings with the RCSDF, Amy and her husband were granted their divorce. They received their final orders from a judge volunteering at the newly launched Center for Out-of-Court Divorce, which opened in September 2015, not long after the RCSDF closed at DU. There, they were congratulated on peacefully negotiating the end to their marriage.

“You leave there, on what is probably the hardest day of your life, feeling pretty good,” Amy says. 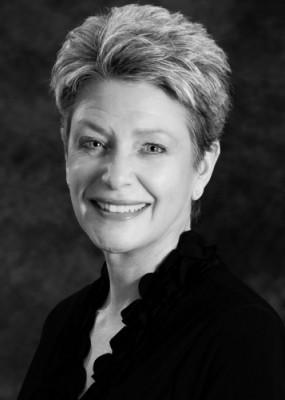 Sue Carparelli, the COCD’s executive director, wishes that same sense of well-being for more divorcing couples. And by building on the RCSDF model, by offering “compassionate, holistic divorce resolution,” she and her staff are doing their best to make it happen.

They cannot, she explains, take on every case. They cannot, for example, help families with domestic violence or substance abuse problems. Nor can they help couples who refuse to speak to one another. But for a reasonable fee, typically a fraction of the cost of an adversarial divorce, they can help those who want to separate peacefully by drafting legal documents, offering counseling and providing everything from legal education to financial mediation.

No one at the center is equipped to represent either of the separating parties, Carparelli says, noting that staff frequently recommend that all the agreements be reviewed by attorneys. Amy did that and got some good advice, she says. But because she needed only a couple of hours of an attorney’s time, the bill was well within her budget.

Currently, Carparelli and staff are working to build their caseload and test their financial model. At its current capacity, the center can serve roughly 300 families a year, with the process requiring an average of five months until resolution. That’s 300 families whose cases won’t add to already crowded court dockets, Carparelli says.

Kourlis agrees: “The truth of the matter is that every case that is handled through the center is a case that a judge or a family court facilitator or a court clerk does not need to handle.”

If all goes according to plan, Carparelli and Kourlis say, the COCD could serve as a case study for potential counterparts elsewhere. Kourlis says Colorado alone could support several such centers.

“What we have envisioned is essentially a nonprofit franchise operation,” she says. “What that means is that there can be as many of these centers as there is the will to create them.”