University of Denver Recognized for Services to Veterans 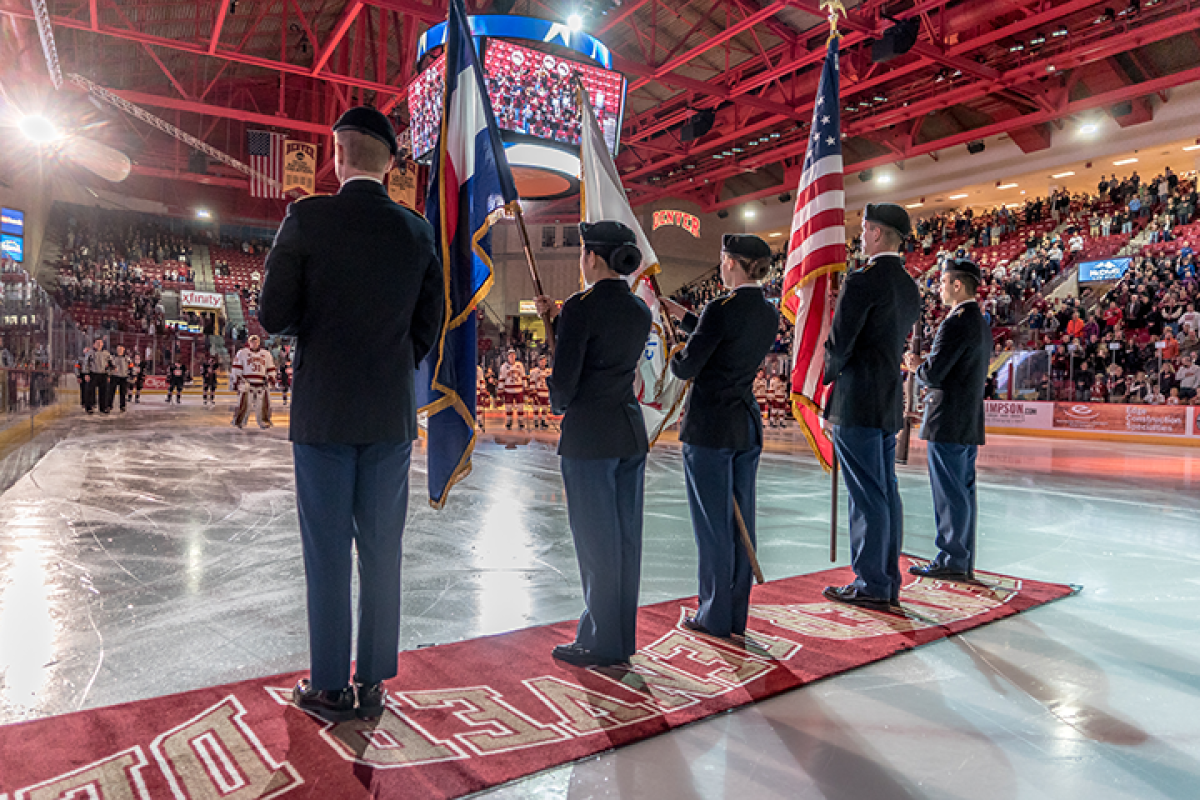 For the first time this century, Military Times has recognized the University of Denver for its services to veterans on campus.

According to the publication, DU qualifies as one of the “Best for Vets” by providing military-affiliated students with the resources they need to excel in the classroom, the community and their professional lives.

The University also ranks 50th nationwide for 2021 among the Best Colleges for Veterans in U.S. News & World Report, considered the most definitive college-ranking list.

The men and women who serve in the armed forces find extensive resources through DU’s Veterans Services Office, which provides support not only for active-duty military, but also for those serving in the reserves and for dependents, an addition to the G.I. Bill made after Sept. 11, 2001.

Enrollment of these students has nearly doubled, from about 250 when the office opened in 2015 to 449 for winter 2021, says Damon Vine, director of Veterans Services and a Navy veteran.

Many of these students attend DU for free, Vine notes. Through the Yellow Ribbon Program, DU splits their tuition costs with the U.S. Department of Veterans Affairs, which determines who’s eligible.

These students are inspirational in their determination to move into the next phase of their lives, he says.

The student veterans’ average age is 28. Most have familial obligations, and many have jobs too. “And they don’t let that slow them down,” Vine says, adding that veterans bring valued perspectives to class discussions.

“Veterans in class can give you an idea of what it feels like to be boots on the ground.”