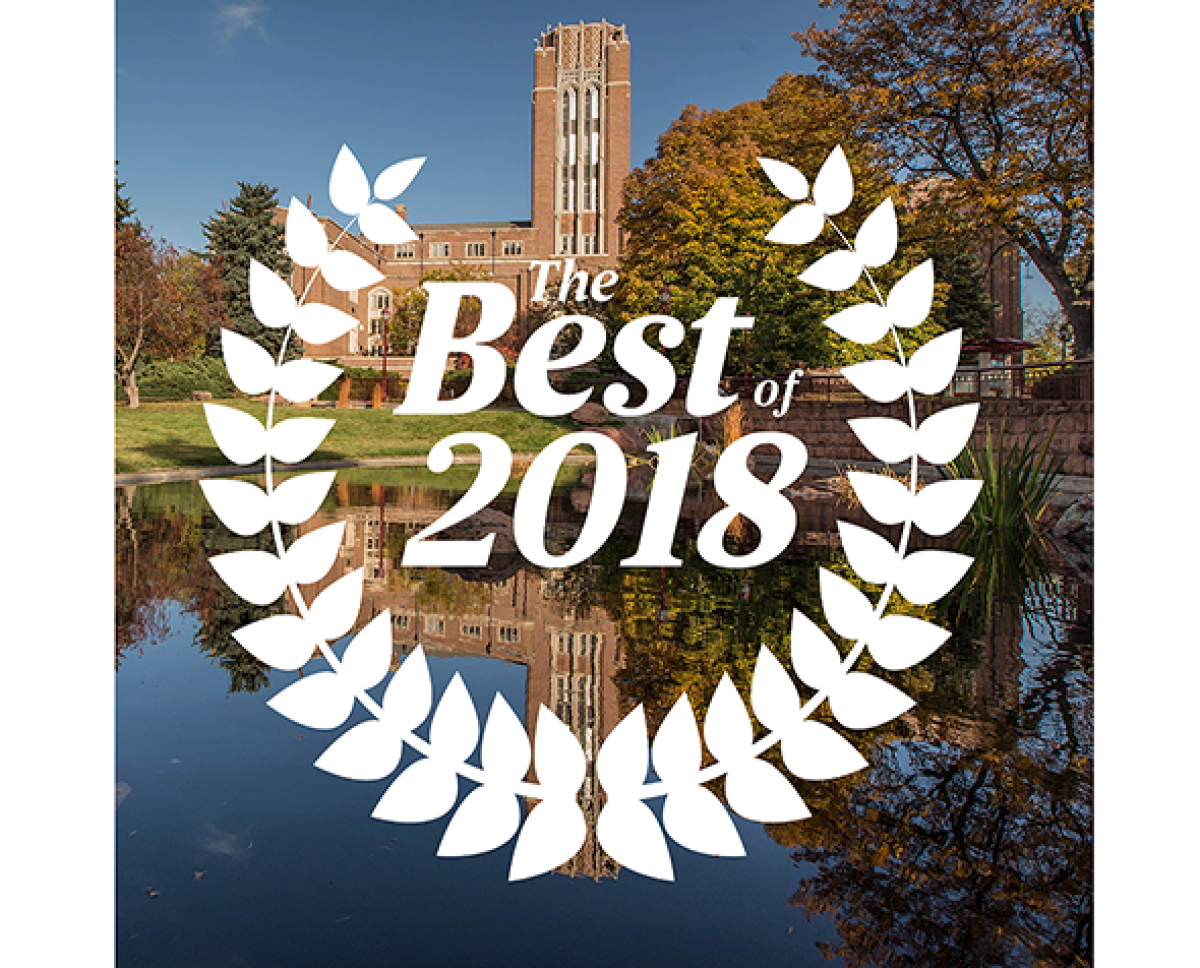 For the final story of 2018, we are looking back at the most popular articles of the year. Nearly 250 stories were published on the DU Newsroom this year, and the site had more than a quarter of a million page views, an 11 percent increase from 2017. Here’s a look at the most-viewed stories, broken down into five categories: university news; students; faculty and staff; alumni; and athletics.

By far, the most-viewed story of 2018 was the one on the unveiling of the Denver Advantage Campus Framework Plan. With nearly 10,000 page views, the story details how the DU campus will evolve over the years and decades ahead. Some of these changes are already taking place on campus with construction of the new community commons, a first-year residence hall and the Pioneer Career Achievement Center. Read more about DU’s plans for the future by clicking here.

Last spring, four immigrant day laborers were awarded $15,000 in damages and wages that an employer had stolen from them. This was all possible thanks to a cross-disciplinary collaboration among students and faculty in the Sturm College of Law and the Josef Korbel School of International Studies. Students in the Civil Litigation Clinic gain practical experience litigating a case, while Korbel students acquire experience in immigrant and labor rights. Read more about this case by clicking here.

Michelle Kwan, Joseph Saunders and Patricio Serna were honored with distinguished alumni awards during DU’s Alumni Weekend. Kwan is the most decorated American figure skater. Serna is a first-generation college student who became chief justice on the State of New Mexico Supreme Court. Saunders is the former CEO of Visa who, along with his wife, Sharon, announced during Alumni Weekend a $5 million gift to provide funding for need-based scholarships and undergraduate programming. Read more about the three distinguished alumni honorees by clicking here.

Three-thousand athletes from 92 countries participated in the 2018 Winter Olympics in Pyeongchang, South Korea. The University of Denver had five current or former student-athletes competing at the Games, representing four countries. Troy Terry was the first current student-athlete at DU to skate in the Olympics for Team U.S.A. hockey; sophomore Andrea Komsic skied in her second winter Olympics for the Croatian team; alums Erik Read and Trevor Philp both skied for Team Canada; and skier Leif Haugen represented his home country of Norway. Haugen won all four of his match-ups to lead Team Norway to a bronze medal in the debut of the alpine skiing team event. Read more about the Pioneers who competed on the Olympic stage by clicking here.