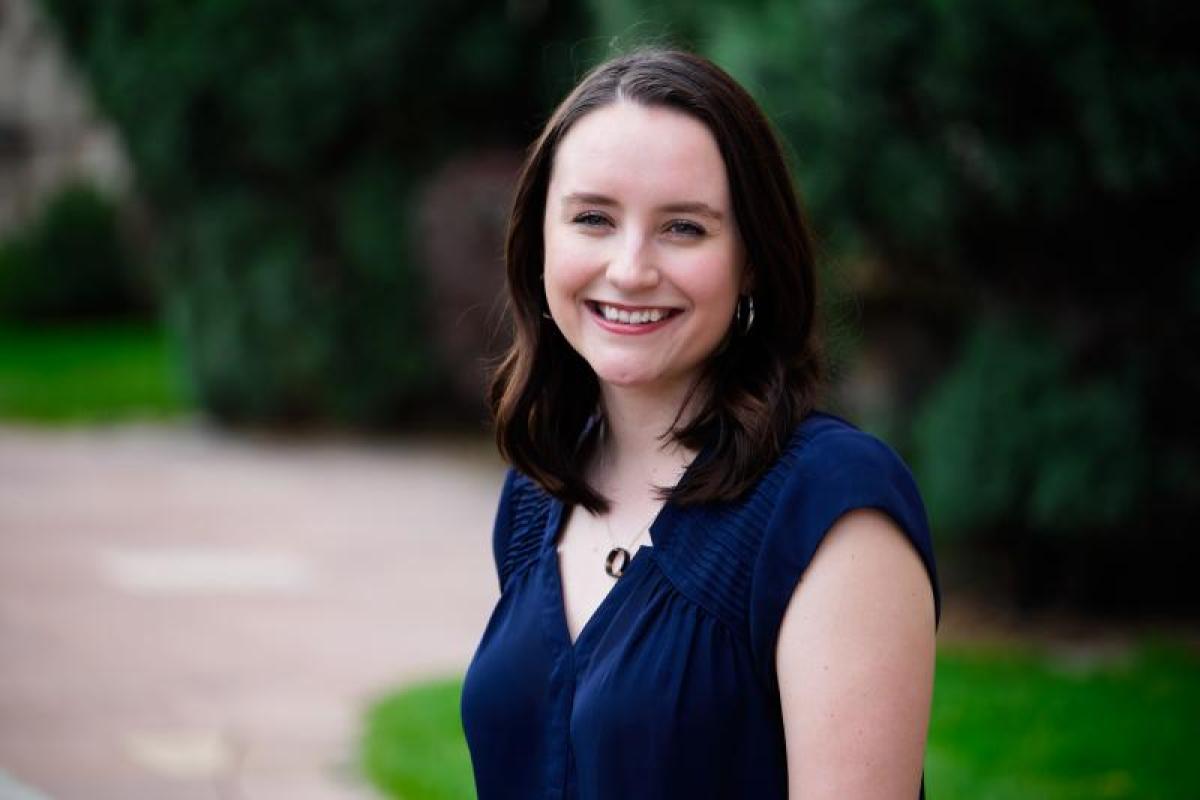 The new Critical Race and Ethnic Studies (CRES) minor brings together the best of what the University has to offer. Drawing from faculty across campus, courses in the minor explore the arts, humanities, and social sciences through interdisciplinary and intersectional perspectives. As part of DU Impact 2025, the CRES minor invites students to take an active role in the University's strategic plan for bold and innovative change.

With a minor in Critical Race and Ethnic Studies, students can examine race and ethnicity as categories of social, political, historical, and cultural analysis, both in the United States and globally. Kaity Young, an English and Communication Studies double major, was seeking deeper ways to explore her interests when the minor was announced.

"I was excited. This was an opportunity to study, converse, and dialogue about topics such as intersectionality, the prison industrial complex, the war on drugs, and environmental racism that I was exploring in my communication studies major."

Young was part of a pilot project for the Communication Studies Department, which included the course "Identities in Dialogue." In this experiential learning environment, Young says she could "explore questions about identity, positionality, and marginalization that can be uncomfortable to ask about and share in other spaces."

To have an academic space dedicated to such conversations allowed Young to self-reflect. "For me, this was pivotal in placing my white, cis, woman positionality in the context of privilege and oppression, which I believe has allowed me to think more critically and converse openly in other courses."

As part of her coursework in the 20-credit minor, Young has had opportunities for classes in a breadth of disciplines she wouldn't have otherwise encountered. "That's genuinely something I enjoy about the minor — it allows student to think critically about race and ethnic studies in a multitude of courses that don't necessarily have Critical Race and Ethnic Studies topics in their course titles."

Young has also taken "Power, Prison, and Media," which explored political and social issues concerning inherent racism, sexism, homophobia, transphobia, and xenophobia embedded in American institutions. She is currently enrolled in "Cultural Criticism," a course focused on LatinX in pop culture, and "Globalization and Cultural Texts," which unpacks privilege in the context of global culture.

Building off her work in the classroom, Young served on the panel "Identities in Dialogue: The Curricular Dialogue Pilot at DU" as part of the Diversity Summit, where she gained real-world experience discussing educational practices as they relate to the minor.

But her most impactful experience was during her study abroad in Cape Town, South Africa. "I was interested in learning more about pre-and post-apartheid and being able to compare that to my studies of oppression within the American context. It was a valuable experience for me to unpack the post-apartheid narrative, while still being aware of my positionality as a white American."

The CRES minor emphasizes the importance of connecting in-classroom learning to hands-on, reflexive experience in the real world. The minor offers opportunities for study abroad, internships, and service-learning in order to better prepare students for ethical and engaged citizenship in today's diverse, global society.

Young, a junior, is currently preparing for her Honors Thesis, which she'll start writing in the fall. "My topic builds on the minor by concerning the concept of 'magic' and how it has been weaponized to systemically oppress marginalized identities." She's also applying to internships where she plans to put her studies in critical race into practice.

Young reflects on her experience in the CRES minor so far, emphasizing how it has greatly broadened her engagement with other disciplines, while deepening her understand of herself. "I'm fascinated with cultural criticism which, for the first time, made me feel like I could enact radical change. This allowed me to become more self-aware of my privilege in the context of my personal life, my identity as a DU student, and as an American."