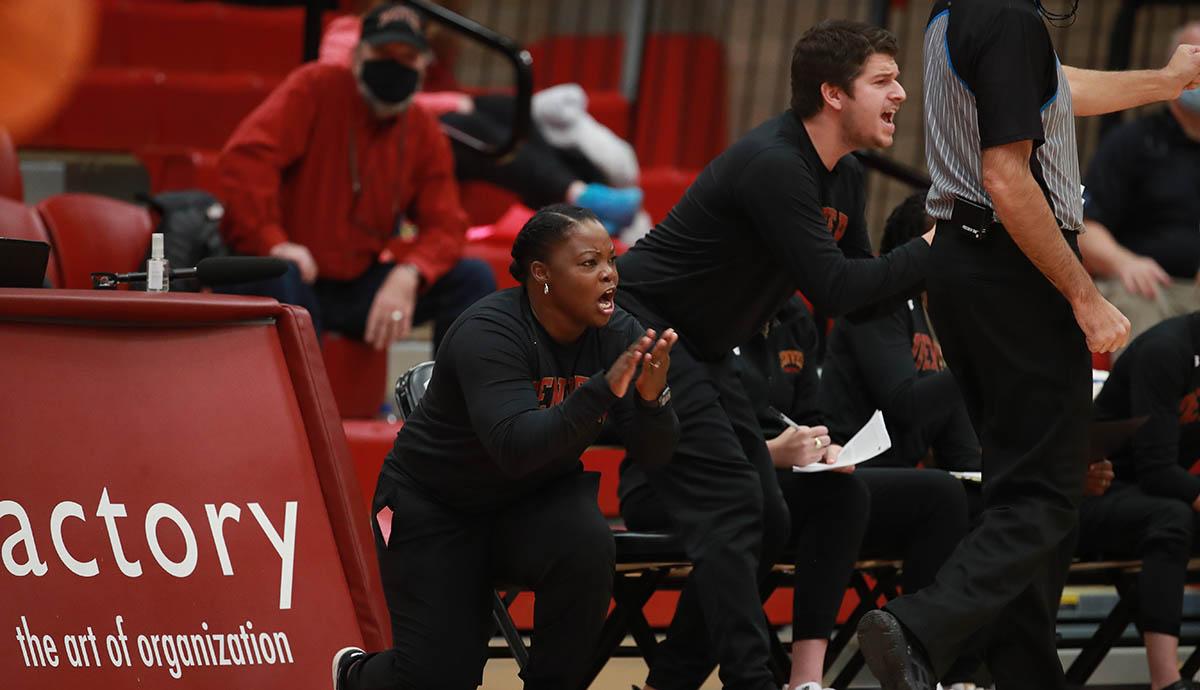 As the game starts, Doshia Woods takes her stance on the sideline. She sits, stands and kneels, intently watching her team play. With each dribble and pass, step and shot, her eyes follow.

Woods is in her second year as the DU women’s basketball coach, or as she calls it, year 1A. She took the helm in the summer of 2020 after 10 years as an assistant coach at Tulane University.

Three months earlier, on March 11, the World Health Organization declared the COVID-19 outbreak a global pandemic. One by one, college athletic conferences began canceling their tournaments until eventually the NCAA, governing body of college athletics, pulled the plug. The message was clear: The 2019-20 athletic season is over. By July, when Woods started coaching at DU, uncertainty clouded prospects for the upcoming season.

The team met Woods and the new assistant coaches over Zoom. The 5 feet, 4 inch former guard filled the room with energy and excitement, eagerness and hope – a chance to reset.

“You’re not just a number,” Woods assured the team. “You’re my player on and off the court.”

Woods hails from East Topeka, Kansas, an area with no shortage of college basketball, only 25 minutes from where the University of Kansas Jayhawks play.

In seventh grade, she stepped into her first college locker room as the ball girl for the Washburn University women’s basketball team, a division II powerhouse. For three years, she watched from the sidelines, a place where she’s now quite comfortable, and learned the importance of not only competition, but also camaraderie.

Woods, who has a bachelor’s degree in English from Western Illinois University, also writes poetry.

While she keeps most poems to herself, a select few make it to a wider audience via Twitter, including a poem she wrote on National Coming Out Day with the caption: Everyone’s process is different. You are loved and valued.

Praying I change? reads one excerpt.

If you’re praying that I change, don’t. I’ve done that already, I’ve tried. I’ve kneeled hands clasp together, head tilted toward the sky, and I’ve cried. I’ve prayed the prayer you’re currently praying. I’ve tried changing who I really am. Now I realize, I am who I am. I LOVE who I am.

For Woods, who has about 100 poems tucked away in her phone, writing is a release.

“It doesn’t have to be this formal format. None of that. I can just write how I feel and emphasize what I want to emphasize.”

Writing also makes her a better coach. During her first season, she kept a journal – a compilation of her highs and lows. Her words written on paper served as her biggest teacher.

When Woods accepted the job, she brought in a new coaching staff, including someone who has been by her side for over a decade — her wife, Lindsay Werntz, a former assistant coach at Tulane.

The two met in the early 2000s, while Woods was finishing her bachelor’s degree. But in 2008, the last time the Lady Vols of the University of Tennessee won a national championship, the pair met with friends to watch the NCAA Women’s Basketball Final Four. Both coaching elsewhere, they reconnected after Woods tried to recruit one of Werntz’s players.

They hung out a lot that weekend, and they’ve been together ever since.

“Our first date was a barbecue spot. Neither one of us left, and we both showed up the next day,” she says.

Woods is DU’s first Black female head coach, one of 58 Black women serving as head coaches in NCAA Division I women’s basketball. That’s 26% of the 216 women coaches. In contrast, Black women make up 45% of the league’s players.

Woods is proud of her intersecting identities, though she doesn’t want labels to overshadow her work as a coach.

“But I recognize the importance of visibility, thinking back on it, while in college I would have come out sooner had I had someone I could look up to”  she says.

A fierce competitor, Woods wants to win, but she doesn’t talk much about it. Instead, she is focused on building a program with a positive culture; she trusts the wins will follow.

“If we don’t have a relationship off the court, I can’t push you in ways that I need to on the court to get the most out of you,” she says.

Woods brings an infectious authenticity, and her players notice.

“She’s not afraid to look silly. She’s comfortable with us,” senior guard Anna Jackson says. “She challenges us. She’s going to yell, but she cares so deeply about basketball.”

Woods’ team has no captains, as she wants all her players to lead in some capacity. Weight room or locker room, classroom or board room, she strives to set up her players for future success.

“I wish I wasn’t a senior. I wish I had more time with her,” Jackson says. “She’s the best coach I’ve ever played for.” 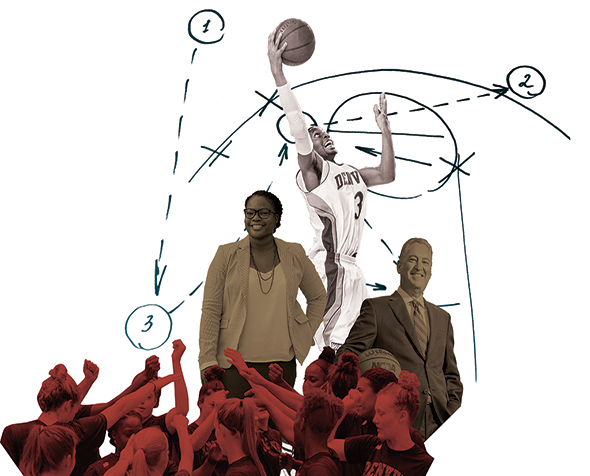 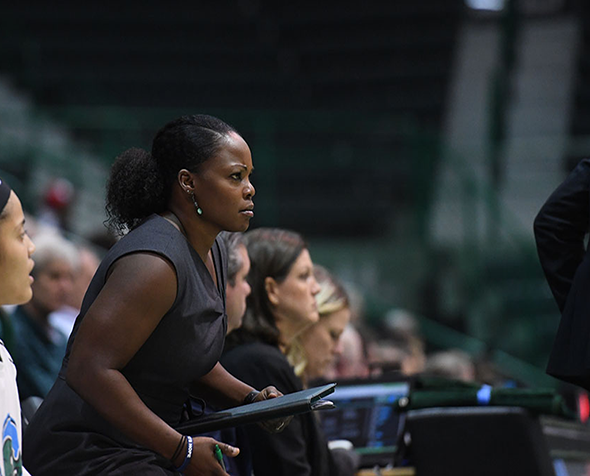