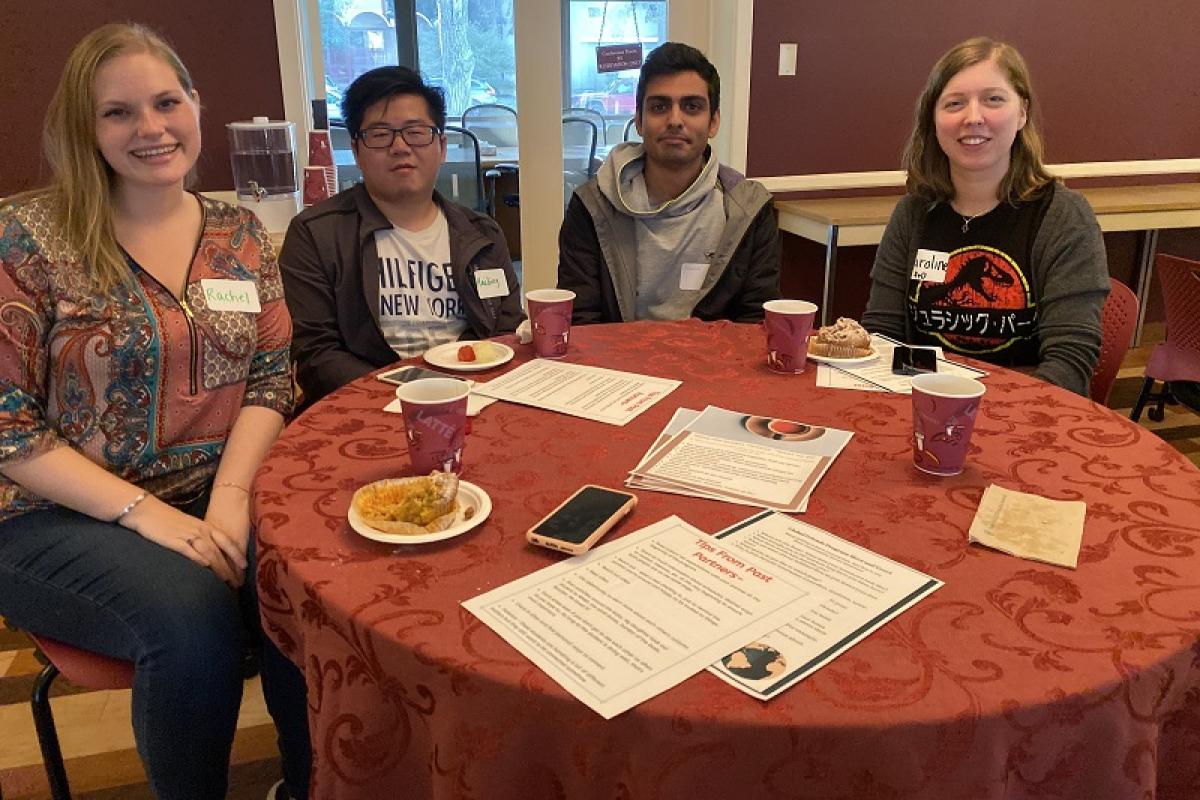 Some advice for forming a friendship with a stranger from another country: Common interests are helpful. So is a curiosity about similarities and differences.

“And I think the one really good thing,” Kannan Muralidharan says, speaking from experience, “was going to Jerusalem’s.”

Muralidharan, an American who works in the University of Denver’s Office of Graduate Education, bursts out laughing. He looks at Michael Madin, a graduate student from Ghana, who is grinning wide. Muralidharan almost shrugs as he smiles. “We have a shared affinity for food,” he says.

The meal at Jerusalem Restaurant last year broke the ice for Madin and Muralidharan, who, before joining DU’s Global Friends Program (GFP), had never so much as seen one another. But, paired by the Office of International Student and Scholar Services (ISSS), the two became fast friends.

“For the international students that take part, it’s awesome for them to have a connection to the DU community — just somebody they can talk to or join for dinner,” says Katie Weiseman (MA ’19), a former participant who now runs the ISSS program. And for domestic students, she adds, “it expands their knowledge of other cultures and experiences. They really enjoy getting a deeper understanding of other cultures and viewpoints.”

Since 2015, DU has been playing intercultural matchmaker: International students are introduced to University faculty, staff, students or members of the community. Using surveys, the staff at ISSS pairs people based on who they are and what they like. This year, there are 34 partnerships. 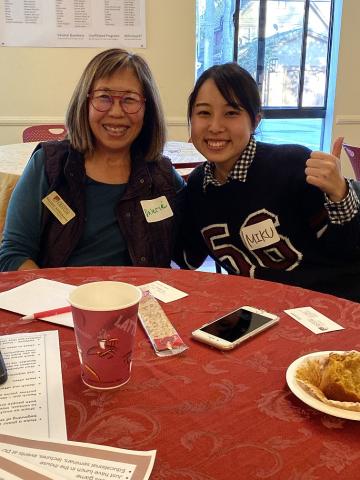 After a program-wide meet and greet in the fall, ISSS asks each pair of participants to meet a couple of times each quarter. The office offers suggestions for activities in and around Denver, and it also coordinates an array of events from luncheons and professional sports games to rock climbing and ice skating.

For Madin, who is studying geography, the GFP helped ease his anxiety about socializing and meeting people in a country he had never visited. His friendship with Muralidharan proved to be far more intimate and encouraging than he expected.

“[College] is not only about getting the certificate or the degree,” Madin says, “but also the social network and connections with people on an international level are key. [The GFP] is building my confidence in those interactions.”

The connection came naturally to Muralidharan, he says, because he is the son of immigrants. He has ancestors from India and Sri Lanka and college fraternity brothers from Ghana plus international experience in the Peace Corps.

An international background may help, but Weiseman says neither experience nor exposure is a pre-requisite.

“It’s really just two people who are open-minded and open to learning something new, who are seeking out new cultural experiences,” she says.

This academic year, Muralidharan is once again taking part in GFP and matched with a new student. But that doesn’t mean he and Madin plan to lose touch. They’re still in frequent contact through Facebook and messaging apps (and, of course, lunch at their favorite restaurant) because the experience has been far too valuable to let go.

“[GFP] is one of my favorite pieces of being an employee here,” he says. “With so much division nowadays, it’s refreshing to be part of something that is trying to work toward inclusion.”